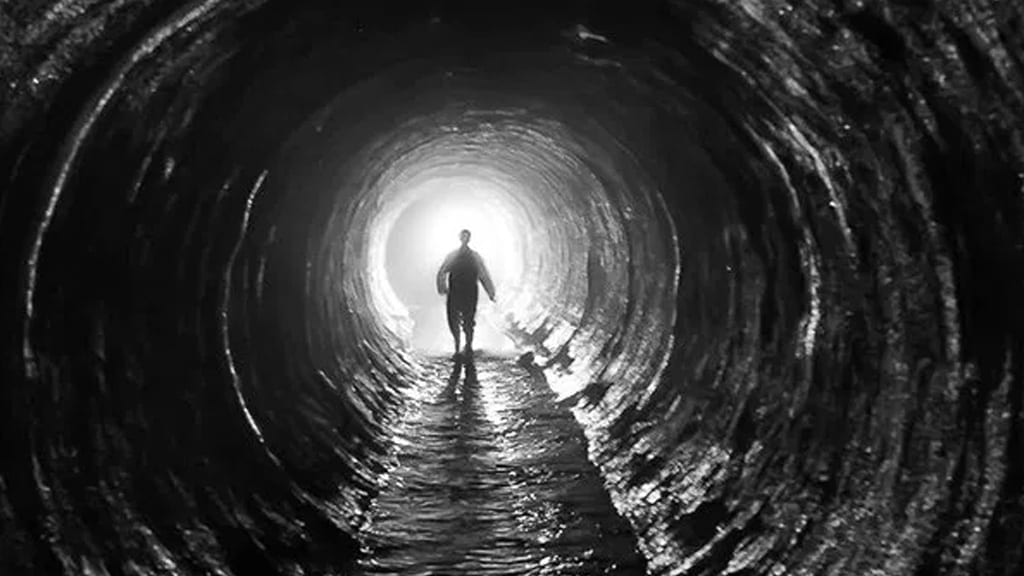 A loud belly laugh erupted from the audience. Landing on stage with a thud, it clearly irritated the lone performer standing in the spotlight.

Between songs during a concert at New York’s famed Fillmore East in June of 1970, Stephen Stills was quietly explaining the roots of his next song, a snarly blues number. In no mood to let the guffaw of an interrupter slide unscathed, Stills abruptly halted the lick pouring off his Martin guitar, looked up and growled into the microphone.

“One thing the blues ain’t is funny.”

For the purpose of this story, the blues are defined as the post-Christmas blues, holiday depression, the big letdown after a season of gearing up.

Guess what. They’re a real thing.

At least the psychiatrists’ bible says so. The condition is a sub-disorder under Depressive Disorders listed in the Statistical Manual of Mental Disorders (DSM-5). Often referred to as Seasonal Affective Disorder, the DSM-5, the National Institute of Mental Health and others classify it with a lengthy list of symptoms, explanations and solutions. Vitamin D. Light therapy. Psychotherapy. Of course, medication.

But the blues, post-holiday depression, being bummed out, whatever you want to call it, brings up the topic of depression.

Depression has long been a battle cry for many in recovery. You’d drink too if you had my — fill in the blank: Job, husband, financial predicament. Especially for those in early recovery, this mood condition can be especially concerning. If it’s your first sober January, you may be experiencing some of it right now.

So, what to do if you’ve got the blues? Well, first of all, is it just the blues or something more sinister?

“We don’t even begin to consider the syndrome of depression unless you’ve had two straight weeks of a number of symptoms that meet the criterion for the syndrome,” says Dr. Charles Whelton, one of Edgewood Treatment Centre’s two full-time psychiatrists.

A thoughtful, softspoken, goatee-sporting man, Whelton, 58, has been getting inside the minds and souls of Edgewood patients since 2007. Hundreds of addicts in varying states sharing their troubles with the good doctor.

Whelton, FRCP (C) and ASAM Certified, looks after the Maple unit of patients at the centre. He says the post-Christmas blues are certainly worth exploring, but they ought not be lumped in with depression as a whole.

Depression, of course, can get dark. Deadly dark if not confronted.

“There are going to be some people who have clinical depression,” says Whelton, “and the issue with any depression, any low mood, is, if it becomes extremely low, that becomes worrisome at any time.”

Real depression is characterized by persistently low mood. A loss of interests. Change in appetite. Change in sleep pattern. Decreased energy. Decreased concentration. Persistent negative thoughts. Thoughts of guilt and shame. And the last symptom of depression, probably the most serious symptom: thoughts of death. Suicide.

“If you have several of those symptoms and they are not getting better and you feel like you are sliding, then that could indicate that a clinical depression is happening, which would warrant observation and treatment,” says Whelton.

And, if that is happening, you better get onto asking for help, pronto, the psychiatrist adds.

“If that is your case and you have a doctor that you can see fairly quickly, definitely go to the doctor. If it’s a crisis, if it’s 3 o’clock in the morning and, all of a sudden, it hits you that life is over for you, don’t wait to go to your doctor. Call 911. Call the crisis line. Call your best friend. Call your mother. Call your sponsor. Or get in the car and go to the emergency room.”

There’s blue, and there’s code blue. If it’s not getting any better, asking for help is the way to go, no matter where you are at. In fact, this whole topic of being down is nothing new to those in recovery. Nor is the recommended solution.

So says Lauren M., an addict with over 30 years abstinent in recovery. She’s also an addictions counselor at Edgewood treatment center, with almost a decade in this job and nearly two decades in the field of addiction treatment and mental health. She says when she hears an addict say they’re depressed, most of the time, it just ain’t so.

“Are they depressed? Yes. Some of them. Some of them do have legitimate clinical depression. But most of them just have the blues. They have whatever they need to use as a reason to get high,” she says.

With Edgewood having psychiatrists on site five days a week, patients are blessed. By the time they complete treatment, they know the difference between a low and something more worrisome.

“The best piece of coming here is they’re off drugs, off substances, and they are seeing a psychiatrist. By the time they leave Edgewood, we are able to determine is this a clinical depression or if it is related to the substances. That’s the biggest thing. We get to see what’s real.”

The post-Christmas blues are a real thing, she says, but getting through them is all part of attaining and maintaining recovery. When the blues show up, you get back to basics.

And they WILL show up.

“There is nothing anyone can do to stop the blues from returning. It’s more [about] anticipating that they will [return] at some point, and [knowing] that you don’t have to get high over it. Ups and downs are a normal part of life. You do what you would do for anything else; go to meetings, call your sponsor, be around people, let yourself get cared about,” says Lauren.

If you are shocked that your pink cloud has dissipated and it’s a surprise that, for some reason, you are not thrilled to be sober, you may just not be familiar with the history of the 12 Step movement. Bill Wilson, the co-founder of Alcoholics Anonymous, battled depression all his life. His parents split when he was seven. His first love died during a routine surgery when he was 17, sending him into a three-year episode of depression which severely affected his education and home life.

One Wilson biographer tried to explain the agony the A.A. icon went through as a teen.

“The evening after Bertha [Bamford]’s funeral service, standing in the cemetery next to the crypt that held her body in seeming mockery of inability to ever hold it again, the suddenly aged Wilson achieved a revelation of “failure”: He knew now … His need, his loving, didn’t matter a good goddam. His wanting, his hunger, his desire, meant nothing to the terrible ongoing forces of creation and he would never forget this truth which he saw and accepted that night,” wrote Robert Thomsen in his book, Bill W., published in 1999.

“That feeling of helplessness never left the deep core of his being,” wrote the Harvard-educated researcher, Ernest Kurtz, in his quintessential historical biography of Alcoholics Anonymous, Not-God, published in 1979.

Wilson would slide into self-described and well-documented “tremendous depressions” several times during his recovery. Wilson blamed himself “for an inability to practice the program in certain areas of my life,” he explained in Pass It On, published in 1984.

His mother once told him as a child to “snap out of it.” Apparently, that didn’t work.

He would spend years in psychotherapy looking for answers, trying experimental medicines, vitamins, spiritual exercises, whatever it took to break free.

In Lauren’s case, she says much of her blues was not depression. “It was self-pity.”

Meetings, talking to her sponsor, and doing service work helped her through the down times. Still does.

“I’ve always been kind of cyclical that way. Whenever I get really down, I know there is nowhere to go but up. I have kind of an optimistic view that way. But, again, it’s that same stuff. Yes, I’m always going to have periods of time when I’m feeling let down or disappointed. People hurt my feelings. Life isn’t what I want it to be.”

“I thought it was all about me and I hated myself. That’s really the difference between then and now. It’s not personal anymore. It’s just part of life. Before, it was always somehow about me being a piece of crap. Just sucked right into my disease [that] told me I was a piece of crap. Most of my downs were really just self-pity. So, I don’t often feel self-pity anymore.”

For his part, Dr. Whelton says most people, newly recovered addicts in particular, may benefit strongly by taking actions which can break up the monotony of the winter months.

“What are the things that people can do naturally with their mood? There’s a long list,” says the doctor.

“Being around people. Socializing, not isolating. Depression has an action-urge that goes with it. Every emotion has an action-urge. The urge of the emotion that it wants you to do, if you [act on it], will feed the emotion. It will get worse. So, the action-urge for worrying is to avoid what you are worried about. If you avoid what you are worried about, you are going to get more worried about it. If you do the action-urge of depression, which is to isolate and pull the covers over your head, which is what the depression wants you to do, you will get more depressed. You will stay depressed.”

“So, you have to fight the action-urge of depression and do the opposite. Get out of bed! Be active. Be around people. Be doing things. Exercise. Moderate exercise is an actual anti-depressant. Eating in a healthy way. Try to eat something healthy at every meal so you keep your blood sugar at a good level. Avoiding things that are toxic, like too much caffeine. Or alcohol, substance use, any of those things that make moods worse. Sleeping – try to have a regular sleep routine. All of the above can all be preventative medicine for low moods.”

Whether it is the blues, being down, bummed out, or low, he says it’s all a matter of perspectives. But, those post-holiday blues are a thing, says Whelton.

“[It’s] an adjustment, yes,” he says. “It’s like post-birthday blues. Anything where we put a lot of emphasis and weight and emotional energy into something, and then it’s over, afterwards can be sad. You can feel the loss. You can feel the heaviness of life that comes back upon you. So, yes. It’s not that it’s real or not real. The question is, is it true depression? For most people, no.”