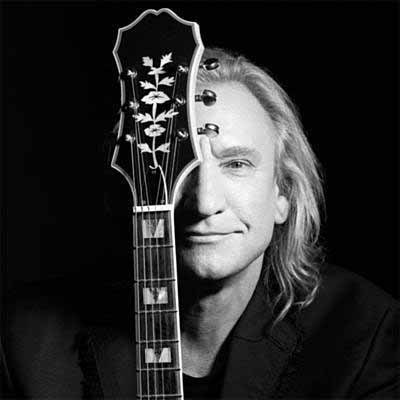 No matter where it comes from, the One Day at a Time slogan resonates across many generations and mediums. Frequently, addiction seems to be attached in one way or another.

In One Day at a Time, a country and western Christian song written by Marijohn Wilkin with help from Kris Kristofferson in 1974, the songwriters’ own lives are synonymous with the struggle of substance abuse. Kristofferson’s bad-boy image is well documented, and even he shed some light on his path in a March 2008 interview:

“I had a half-gallon of Jose Cuervo in my trailer and they never let it empty. They just kept coming back in and filling it up, same half-gallon bottle. I don’t know how much I was drinking, but it was a lot and I had to quit it soon after. Doctor said my liver was the size of a football and that, if I didn’t quit, I was gonna kill myself. I had a new little daughter, so I quit.”

Though his idea of “quit” may be some distance from abstinence, the hell-raising Kristofferson would end up as the perfect co-writer of the One Day at a Time song that would climb the country charts with hit recordings by Marilyn Sellars, Cristy Lane, Gloria, Lena Martell and, to date, over 600 others.

Nonetheless, Kristofferson always gave the most credit to co-writer Wilkin, whose story also fits in wonderfully with the tale of addiction and recovery.

Wilkin (1920-2006), gained much success with her songwriting with hits like The Long Black Veil, recorded by Johnny Cash, Burl Ives, The Band, Joan Baez, Mick Jagger and the Chieftains, and Cut Across Shorty, performed by Rod Stewart. One Day at a Time received praise in many countries around the world, topping charts, making money and fame for those who sang it. But, like many songs, there was plenty of blood, sweat and tears getting it out.

At 53, Wilkin was a well-respected publisher and songwriter in Nashville when she wrote One Day at a Time at the climax of a difficult patch in her life.

In a 2006 story for the newspaper, The Tennessean, journalist Robert K. Oermann explained some of the pains Wilkin was battling as the song emerged.

“By the early 1970s, Buckhorn’s business was booming, yet Wilkin was deeply troubled. Substance abuse, marital problems, the deaths of her mother and business partner, Hubert Long, two suicide attempts and prolonged depression led to a spiritual reawakening. As a prayer, she wrote ‘One Day at a Time.’”

Wilkin explained it this way in a 1990 interview with famous Irish journalist, Mary J. Murphy, in Cross Rhythms magazine.

“Around that time, my mother, Mrs. Denny and my business partner all died of cancer. I was commuting to Texas looking after my 85-year-old uncle, and was thinking of splitting up with my husband.

“Money too was scarce and I knew I couldn’t take much more. I was living on a houseboat, and the final straw to snap the camel’s back came when the man who looked after the boat died as well. It seems like any man who was ever important to me died. ‘Damn this,’ I said, and sought help, going to see a minister. I was his first counselling case,” she laughed, “and I’m sure I frightened him to death! He told me to think about the Lord. That’s all, nothin’ heavy.”

Another more contemporary artist who took One Day at a Time to the studio for recording was Joe Walsh of The Eagles. His version came out in 2012. In concerts with The Eagles and on his own, he likes to introduce it in a matter-of-fact fashion.

“This is about learning how to live my life without my best friend, vodka, who I said goodbye to 18 years ago.”

Walsh’s song deals with what it was like and the road to asking for help.

Well you know,
I was always the first to arrive at the party, ooh
And the last to leave the scene of the crime
Well it started with a couple of beers,
And it went I don’t know how many years,
Like a runaway train headed for the end of the line
Well I finally got around to admit that I might have a problem
But I thought it was just too damn big of a mountain to climb
Well I got down on my knees and said hey
I just can’t go on livin’ this way
Guess I have to learn to live my life one day at a time

Well I finally got around to admit that I was the problem
When I used to put the blame on everybody’s shoulders but mine
All the friends I used to run with are gone,
Lord, I hadn’t planned on livin’ this long
But I finally learned to live my life one day at a time

Many baby boomer families grew up on the One Day at a Time theme around their television sets, as well.

The show One Day at A Time ran from 1975 to 1984. One of producer Norman Lear’s smash hits, alongside All in the Family, The Jeffersons, Maude, Sanford and Son, the sitcom was based on a divorced mother raising two teenage daughters in Indianapolis. The addiction connection was quite real, given that, in 1980, the star who played one of the daughters, Mackenzie Phillips, was fired from the show on the heels of a $400,000 cocaine, Quaaludes, alcohol and other-drugs binge. Phillips, who did her first line of cocaine at 11, wrote about a nearly decade-long incestuous relationship with her father John Phillips of the rock group The Mamas and the Poppas.

“I come from a long line of undiagnosed mental illness, rampant addiction and alcoholism,” she said on the Oprah show last year.

After 10 years of being sober, Phillips relapsed following her father’s death in 2001. Now 57, she has gone back to school and, for the past five years, has been an addictions counselor and a strong advocate for recovery. One Day at a Time remains a big part of her story in more ways than one.

In an interview with The Fix journalist John Lavitt in April 2016, Phillips offered up this message for addicts.

“In terms of a message I would like to share with people about my recovery: it’s beautiful and powerful. Every day is just fricking awesome. I don’t wake up every day going, ‘Aw crap, another day. Oh, how am I going to get through this day?’ I wake up and I’m like, ‘Oh, wow! Hey, this is pretty fucking cool.’ My recovery — and, by that I mean our recovery — our recovery means that we are connected. We are a community of connectivity. Anyone out there who’s wondering what it might be like to be beautifully connected to millions of people all over the world through being sober, you should give it a go. It doesn’t matter whether it’s short-term or long-term recovery. It’s a day at a time and we all support each other. If you want to have an experience beyond what you could have possibly imagined while using drugs and alcohol, join us. It’s our recovery. We do this together.”