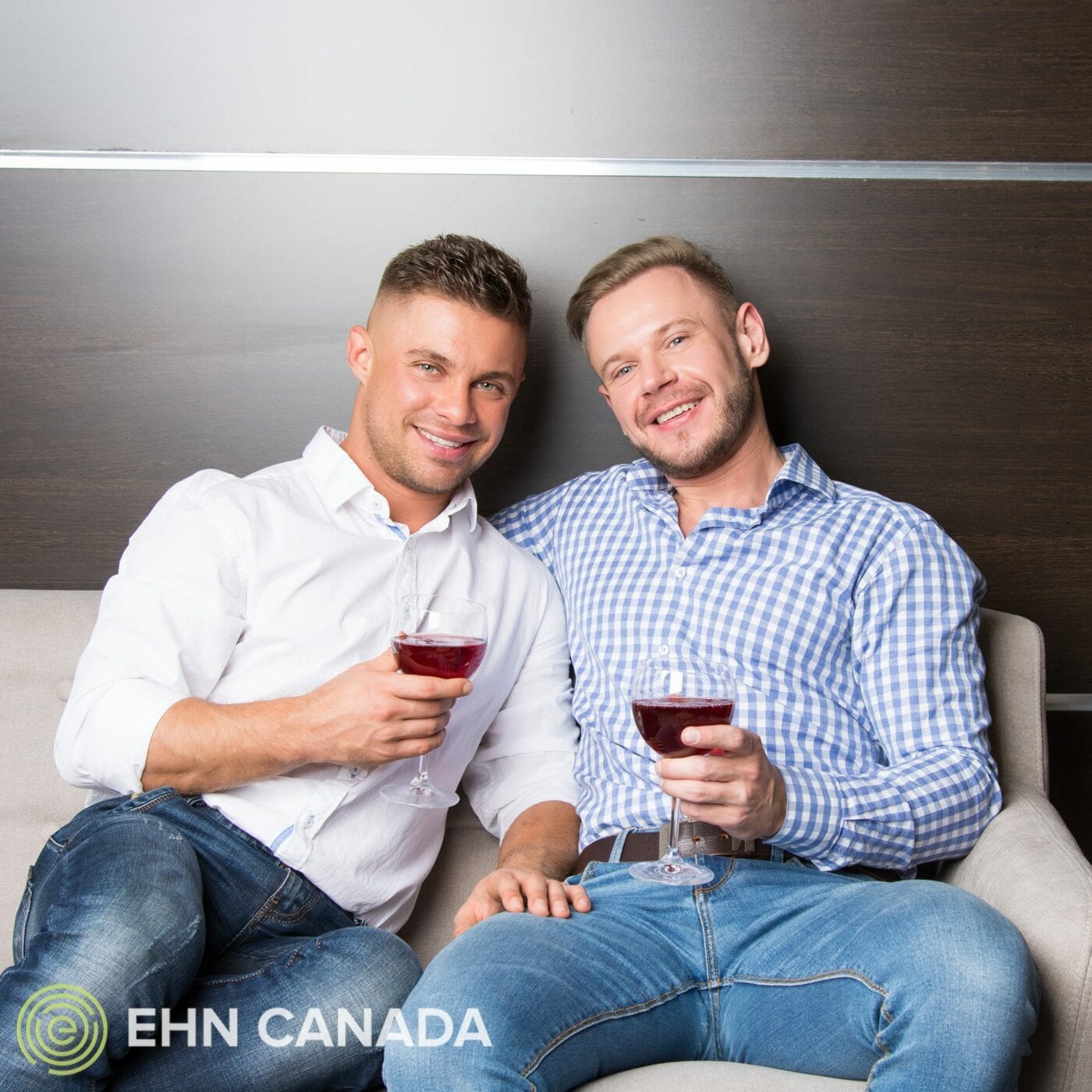 Before diving into a discussion about LGBTQ+ communities and the risk for addiction, I’ll start with a story from my childhood.

When I was small, I would often wake up to find candy and small toys underneath my pillow. Where they came from wasn’t a mystery. My father, coming home after I went to sleep, would sneak into my room to leave packs of gum and sour gummies for me to find when I woke up. This weekly occurrence would coincide with the evenings during which he was at “meetings” that I assumed were work-related.

It wasn’t until I was well into my teens that I connected the dots: these were AA meetings he was attending, and the treats were a sort of apology for being away from home so many nights. His alcohol use disorder, I would find out, nearly tore our family apart. As a baby, my mother left him after a drunken car accident, and only took him back after he promised to never drink again—a promise he has kept ever since.

This realization instilled in me a fear that I would follow in my father’s footsteps. It was also around this time that I was beginning to come to another realization: I was, and am, gay. And it was this risk factor that was likely the greatest contributor to my own addiction. It’s a reality faced by many in the LGBTQ+ community: the increased likelihood of addiction, whether its smoking, alcohol, or drugs. But why? Let’s explore five reasons that can help us understand.

Like most LGBTQ+ people, I knew there was something different about me very early on—and so did my parents. My predilection for playing with dolls and slipping into my sister’s denim skirt gave it away by the time I started kindergarten. This resulted in snide comments from my sister and derision from my parents. Other young LGBTQ+ people, however, have it much worse, including emotional and physical abuse, being kicked out of the house, and even attempts at conversion therapy.

A report regarding LGBTQ+ trauma by the Addiction Technology Transfer Center Network states that “…many individuals are unaware of the traumatic experience faced by some, but not all, within the LGBT population. This trauma may occur in the forms of family, community, or religious ostracism, possible physical beatings, as well as minimal legal protection for housing, employment, and custody concerns.”[1]

This trauma beginning at a young age often manifests itself in earlier experimentation with smoking, drinking, and drug use—anything to dull the pain or to forget it, even for a short time. The National LGBT Health Education Center says, “substance use among LGBT people is often a coping strategy for trauma-related symptoms and can be associated with poor self-care, including compromised engagement in care for HIV treatment and prevention.”[2]

Sometimes I feel like the amount of depression and anxiety in my family is single-handedly keeping big pharma in business. While there is certainly a case to be made for inheriting mental health disorders from our families, members of the LGBTQ+ community have a higher chance of suffering from depression.

“Gay men are three times more likely to experience depression compared to the general adult population,” says the American Journal of Men’s Health (AJMH).[3] And the rates are similar across the spectrum, with the Anxiety and Depression Association of America stating that, “somewhere between 30 and 60 percent of lesbians, gay men, bisexuals, or transgender people deal with anxiety and depression at some point in their lives. That rate is 1.5-to-2.5 times higher than that of their straight or gender-conforming counterparts.”[4]

For an awkward, closeted gay teenager, there is perhaps nothing as terrifying as navigating the halls of high school. Where did I fit in? Not with the jocks, that was for certain. Hanging out with the theatre kids would certainly blow my cover. Ah, the misfit outsiders! That was surely my crew. But how to infiltrate? Smoking made for easy entry and almost automatic acceptance into a scene of artsy rebels. But masking my identity and suppressing my urges put undue stress on my body and mind.

For some LGBTQ+ youths, the culminating pressure of secrecy, threat of ostracization, or violence at home can encourage them to seek the momentary solace offered by nicotine. The American Public Health Association says, “ugly as this picture is, the prospects of avoiding tobacco addiction are much bleaker for LGBTQ+ youths. The prevalence of smoking is around 46% for gay men and 48% for adult lesbians, twice as high as for their [heterosexual] peers. Data on bisexual and transsexual smoking behavior are sparse, as are data on the smoking behavior of sexual minorities who are also members of high-risk racial and ethnic minority groups. Still, smoking prevalence is likely to be disastrous at the intersection of such high-risk groups.”[7]

Unsurprisingly, the higher prevalence of smoking leads to higher rates of cancer among members of the LGBTQ+ community.

Like many newly out LGBTQ+ people trying to make connections and forge friendships, I began frequenting the bars and clubs in my hometown. It was an easy way to find people like me, and the omnipresent alcohol provided the self-confidence I needed to talk to strangers. Gay neighbourhoods, like Toronto’s Gay Village, often become a home base for social interaction, where it’s easier to meet people, whether it’s for friendship or sex. But it’s also an environment rife with alcohol and drugs. In fact, MDMA, GHB, ketamine, and methamphetamine (also known as Molly, G, Special K, and Crystal, respectively) are often referred to as “gay party drugs.”

The Novel Psychoactive Treatment UK Network’s report on Club Drug Use Among Lesbian, Gay, Bisexual and Trans (LGBT) People found that “LGB communities have been historically centred on activities that involve drinking and drug use (e.g. bars, clubs and parties) and this could lead to social networks comprising substance users and to LGB people being more likely to encounter triggers for substance use. It has also been argued that expectancies about drinking and drug use and its perceived normality in LGB communities could increase the likelihood of individuals choosing to drink heavily or use drugs.”[8] This prevalence and normalization of drug use in party culture increases the addiction risk for LGBTQ+ individuals.

For some gay men, sexual encounters are aided by drugs like methamphetamine, known as “PNP” or “chem sex.” The Ontario HIV Treatment Network explains, “in the case of methamphetamine, propensity for addiction is likely impacted by the route of administration, as effects can be felt more rapidly when injected or smoked.”[9]

So far, we have explored what leads LGBTQ+ people to substance use disorders and addiction. But there is a factor that also may keep them addicted: a fear of seeking treatment. Some healthcare professionals aren’t familiar with, don’t understand, or simply don’t accept LGBTQ+ lifestyles. This prevents many LGBTQ+ individuals from being forthright about substance use problems with their healthcare professionals.

The Substance Abuse and Mental Health Services Administration explains, “the reasons LGBT individuals may avoid or delay seeking professional care include fear of disclosing their sexual orientation or gender and previous experiences with health care providers who attempted to convert them to heterosexuality, who attributed their substance abuse to their sexual or gender orientation, or who were otherwise judgmental and unsupportive.”[10]

It’s a cycle that inevitably ends with more LGBTQ+ people developing substance use disorders and addiction, with fewer seeking help.

[2] Keuroghlian, A. “Providing Care for Addictions in the LGBT Community.” The National LGBT Health Education Center. Available at: https://www.lgbthealtheducation.org/wp-content/uploads/2016/11/Keuroghlian-Addictions-Webinar.pdf

[9] Ontario HIV Treatment Network. “Sexualized drug use (chemsex and methamphetamine) and men who have sex with men.” Available at:  https://www.ohtn.on.ca/sexualized-drug-use-chemsex-and-methamphetamine-and-men-who-have-sex-with-men/