Dangers of Cannabis: A Cautionary Tale 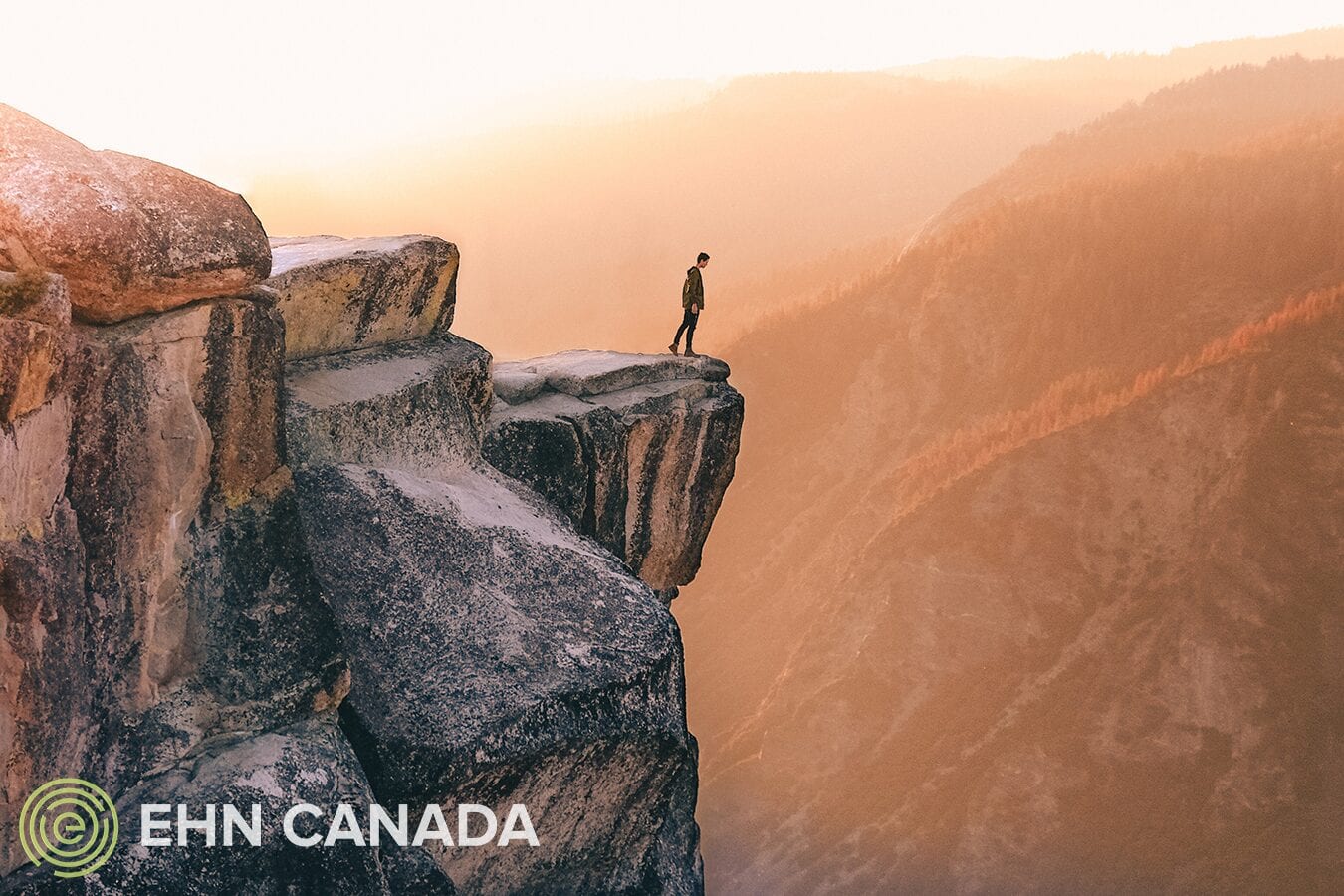 The following account describes events in the life of Lucas, who is a support counsellor at Bellwood Health Services. It is based on an interview with Lucas and was written in the first person in an attempt to preserve his voice and style—it was not written by Lucas.

I had a difficult childhood. I had a binge eating disorder starting from when I was eight years old, this is one of my earliest clear memories. I was also diagnosed with major depressive disorder (MDD) and beyond that I experienced many complex traumas.

I was one of the few people in high school who didn’t smoke weed. I intentionally avoided it, because of everything that I’d heard about it from my friends: how it would relieve all of my anger and anxiety, and calm me down. I knew I would use it every single day, and that it would be a problem for me.

I left home at 18, and I immediately started heavy drinking in my first year of college, but despite this, I was an honor roll student through the end of my second year.  When I was 20, I moved to a new city for my third year of college. The stress of my new job as the don of my dormitory was too much for me to handle and I finally gave in to temptation and tried smoking weed to relieve my anxieties—of course, I was also drunk at the time. However, I still very vividly recall the experience: I felt amazing and loved it, and that’s when my seriously problematic addiction began. I felt like I was falling off a cliff—a feeling that persisted for the next three years.

My fears regarding the dangers of cannabis turned out to be true—I was immediately hooked and I smoked as much as I could get my hands on. It relieved that overwhelming fear of being maladjusted to life. Moreover, I had unresolved traumas and weed reduced my anxiety, my anger, and the flashbacks that I suffered due to my post-traumatic stress disorder (PTSD). I was smoking every hour, like some alcoholics drink. As I mentioned before, I was previously an honors student, but I failed two courses that year.

I quit my job as a don a few months after starting to smoke and I couldn’t hold any full-time job. I couldn’t pay my bills because I spent all my money on weed. I estimate I probably spent up to $600 per month and I would have spent more if I had been able to find more money. My relationship with my family was strained because I was constantly making up excuses to explain why I needed money from them. I drifted in and out of homelessness, as I was frequently evicted for smoking wherever I lived or for not being able to pay my rent.

Before I moved for my third year of college, I ended a serious relationship—actually, she ended it, because I was an emotional wreck and drinking all the time. I was unable to have a serious relationship again until many years into recovery. While I was addicted to weed, I was in a very unattractive state: constant smoking meant that I was unconcerned with basic self-care. I neglected my hygiene, household cleanliness, and nutrition—and whatever food I did eat, I couldn’t keep down. I often didn’t shower for days; I often wore dirty laundry. Many times, my living spaces were infested with cockroaches and mice.

My health was terrible. I am asthmatic and I wasn’t taking my asthma medication because I didn’t have money for it. I was coughing up blood and tar every morning. I would also vomit every morning, which is another side effect of chronic heavy cannabis use.

Towards the end of my cannabis addiction, my mental health got even worse: I had frequent episodes of full-blown psychosis including hallucinations and paranoid delusions. Weed had stopped working to alleviate my major depressive disorder (MDD) and post-traumatic stress disorder (PTSD) symptoms. I could smoke enough to completely physically incapacitate myself, but my mind would still be racing, full of negative thoughts—it felt like I was trapped in my own body and it was the worst feeling in the world.

I woke up handcuffed to a hospital bed. I was 23 years old. Since my childhood, I had at times thought about killing myself and, apparently, I had finally tried to do so.

Fortunately for me, my roommate had found me and called my parents and 911. I had been taken to a hospital where I had been assessed and stabilized; then I was detoxed for 10 days. At the hospital, they told me how lucky I was to be alive and they suggested that I go to Bellwood for addiction rehab. At that point, I was ready to go along with whatever they said. I felt so lost. I had totally given up, but at least I was alive.

I still remember arriving at Bellwood and my first day there. I had a crying breakdown in the parking lot. I barely made it through the entrance. Once inside, I didn’t want to see or talk to anyone. I vividly remember lying in my bed there, on my first day, thinking to myself, “you’re 23, you just survived suicide, and now you’re in rehab” and feeling completely hopeless.

But everybody was so nice, it was amazing. Everyone could see that, inside, I was a broken little kid and they were so kind and helpful.

I’d seen every kind of specialist from an early age, but at Bellwood was the first time I really felt any benefits. Two weeks into the program, during a lecture on addiction by the medical director, was the first time I’d felt hope since my early childhood. It was probably the biggest relief I’d ever felt in my life and I’ll never forget it!

The expertise of the staff at Bellwood was amazing: they helped me figure out things about myself. My experience there was full of “lightbulb moments” and I was finally understanding what was wrong with me. I was, for the first time, diagnosed with post-traumatic stress disorder (PTSD) which had until then gone undiagnosed. The people there provided insights and solutions that actually worked for me, which was such a huge relief for me. They also taught me how to do all the things I didn’t know how to do, such as healthy eating, sleep hygiene, meditation, and exercise—all the basic life skills that are impossible as an addict.

After I completed my inpatient treatment program, I continued going back for aftercare for three years. I always felt that it was a safe space to which I could return, like a “recovery hub.” I started volunteering at Bellwood as soon as I was able and did so for two-and-a-half years. One day, they told me about a job opening; I found it very appealing, but they said I needed an education for the position. I immediately enrolled in a social service worker diploma program and soon thereafter I was working at Bellwood!

These days, I’m doing well and very grateful to all the people at Bellwood for what I have and how far I’ve come. My depression has been gone since my recovery. Likewise, my PTSD symptoms have steadily decreased in severity and have become more manageable. And what remain of my mental health problems, I now have the daily care skills to keep them under control.