How Recovery Saved my relationship with my father 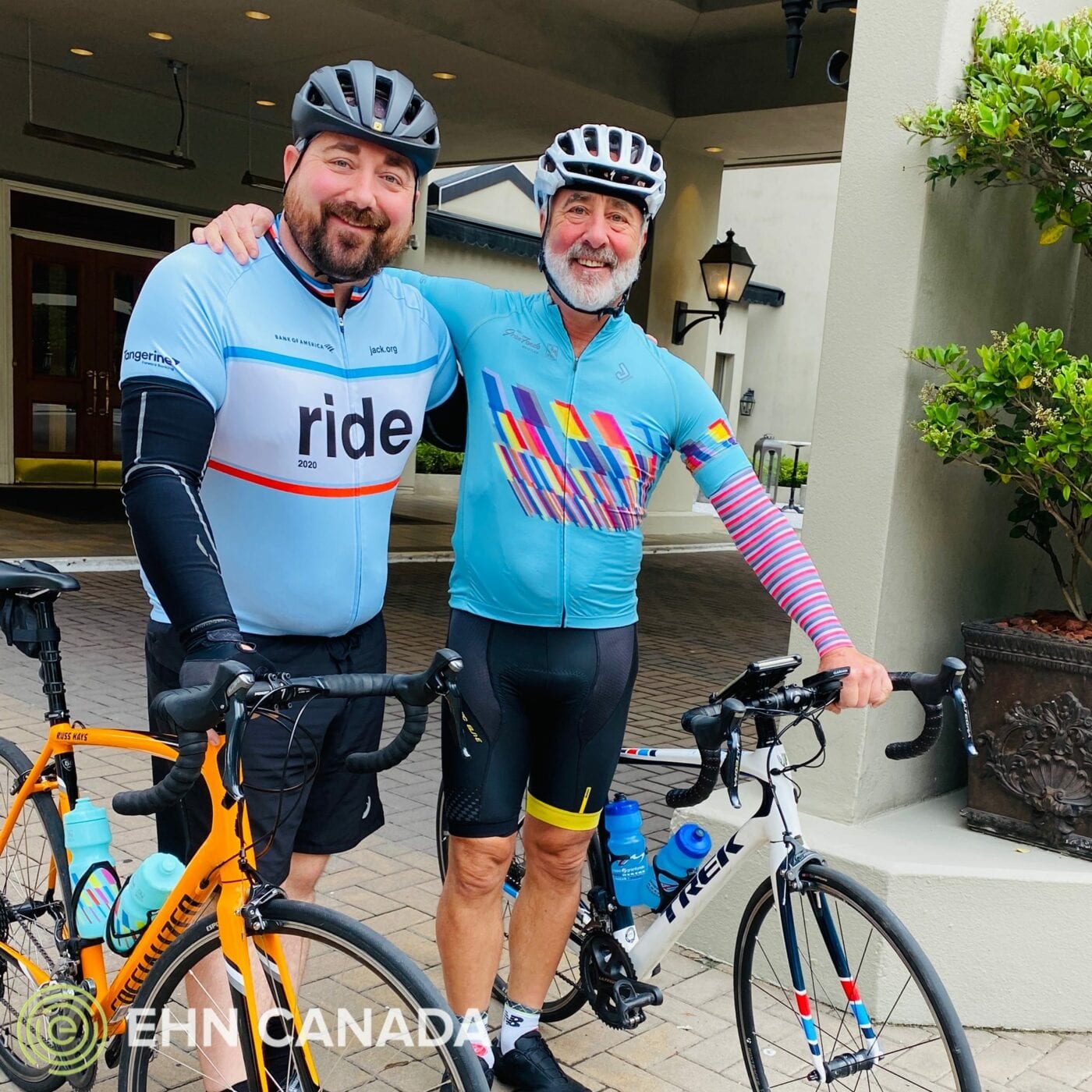 It was my dad’s 60th Birthday and we had decided to throw him a big party. At the time things weren’t going well in my house, my parents were two months away from a bitter divorce, and I was on the verge of spiralling into my addiction for the next decade. However, I got up in front of a room full of our family and friends to give a speech. I don’t remember much about what I said, but I do remember looking my father in the eye and sincerely saying that he was my best friend.

Then I lost myself. I moved away to try a geographical cure and find a job, because I wasn’t going to be able to be employed in my home community. I basically did things that all people in addiction do. I had been lying to him all my life, but it wasn’t really bad until shortly after that birthday. A couple of years later, the lies turned into stealing. I started manipulating him to get money.

A few months before I went to treatment, my dad came down to visit me and I blew him off. I don’t remember what was so important that I couldn’t see him, but I do remember his reaction. We were standing outside, in the rain, and he told me that he felt used by me. He told me that he felt I was only interested in money and not interested in a relationship. He told me that if I didn’t change, it wouldn’t take long for us to not have a relationship anymore, and that rocked me. While it took me a few more months before I finally asked for help, I remember hearing the pain in my dad’s voice and knowing that I was the cause of his hurt. It also generated a lot of fear in me.

Jump forward a few months, I was sitting down with him, my mother, my sister and my fiancée, coming clean about my behaviour and asking for help. I was filled with so much guilt and shame. I was afraid that he would cast me out or cut me off, but that didn’t happen. He was willing to help me with treatment. He helped me sell my house, helped me manage the breakup with my fiancée, took control of my finances and made sure that I wasn’t going to burn all of the capital I had in early recovery. He sat back and gave me a chance to go into recovery and make the changes necessary. He was there, he was present, but he allowed for me to be the driver of change.

I remember when I was in treatment, and my counsellor said my dad was there for my family conference. I immediately started shaking. I knew most of what he was going to say, but it was still really hard to hear it. One of the real low points for me was when he told me exactly how much money he figured I had stolen from him. In my mind his calculations were on the low end. The guilt and the shame were overwhelming. I feared that I had pushed him too far and he would walk away from me for good.

A few weeks later I was out of treatment and living in a sober house. Edgewood had wanted me to do the extended program, but I had taken my will back and refused to go. My father, in his wisdom, decided to support me but he said I had better “do the work.” He wasn’t going to stand beside me if I wasn’t willing to put in the effort.

At the start, I didn’t have a lot going on other than going to the gym and to meetings. It was easy to sleep in until noon, go to the gym, then a meeting, then just watch netflix until the middle of the night. Some days were more productive than others, and my dad wanted regular updates. At some point we realized that I was more productive on days where I got up in the morning. So, my dad decided he was going to help me with that. He called me every day on his drive into work. Our calls allowed us to talk about what we each had on the planner for the day, debrief what had happened the day before, and just talk about anything else going on, sports, politics, whatever. I was up.

He also encouraged me to go back to school. Not in order to find a new career or anything, but more in order to keep myself occupied and as a way of striving for personal growth and balance in my recovery.

In the beginning, it was him calling me, getting me moving in the morning. As we’ve progressed and I’ve added things to my daily routine like school and work, the tables have turned. Some days it’s me calling him on my way somewhere, others it’s him calling me.

My dad made multiple trips out to Nanaimo to check on me. I chose to be overly transparent with my school, my finances, and my days. Doing things like opening up my student record and letting him look, showing him marked assignments, and offering to have him come and stay at my place whenever he was in town.

After a while I started to earn back his trust. It became clear one evening when we were together and he referred to me as the prodigal son. In the story from the bible, the prodigal son is wasteful, and squanders his opportunities becoming destitute; however, he is able to make his way back to his father and back into his father’s home. It’s a story about redemption and forgiveness.

Shortly after that conversation, my Dad joined me at my home group for my 1-year cake. What struck him, I think, was seeing how the recovery community had embraced me. By throwing myself into a 12 Step program, I was able to create a life where I was able to live with honesty and integrity, something that, until I got sober, I had never been able to do.

This year for Father’s Day, we’re getting together in Vancouver to go cycling, hiking, and just spend time together. He’s about to retire, and I’m starting to make strides in a new career, so it’s an opportunity to be grateful for where we both are in our lives. Something that was made possible by Edgewood, the 12 Steps, and my recovery.

If you’d like to learn more about the addiction and mental health treatment programs provided by EHN Canada, enrol yourself in one of our programs, or refer someone else, please call us at one of the numbers below. Our phone lines are open 24/7—so you can call us anytime.

If you’d like to learn more about our online treatment and support options, please call us at 1-800-387-6198 or visit onthewagon.ca.