“I Didn’t Want to Die!”: Counsellor Trevor’s Story of Triumph over Addiction 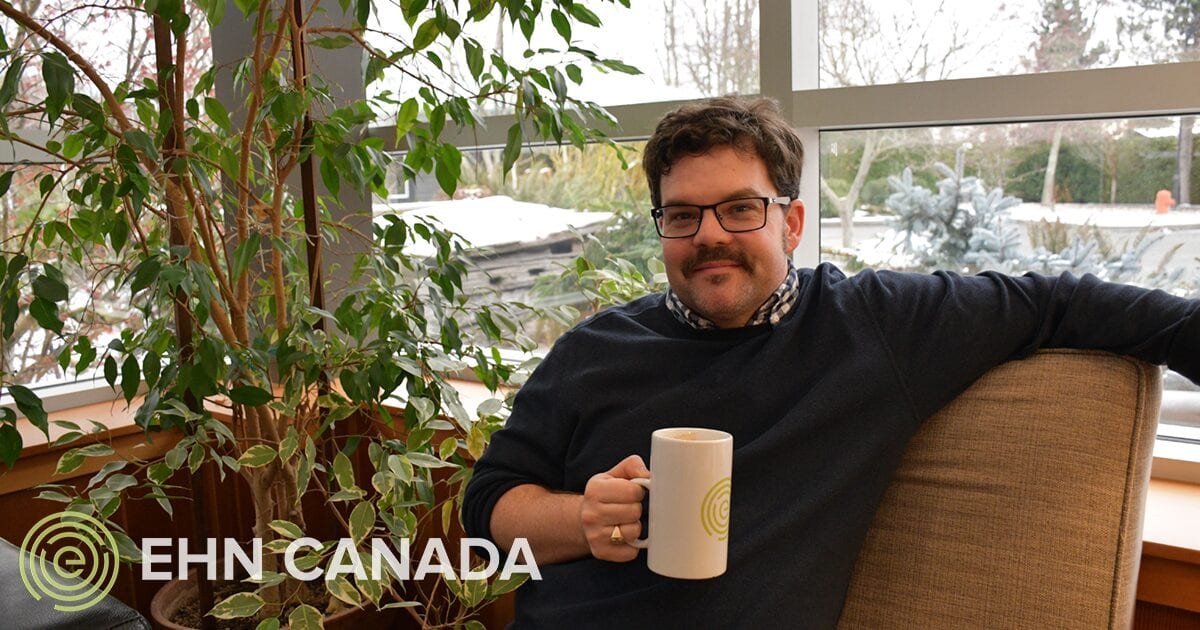 Born in Winnipeg Manitoba, to two loving, hard-working, parents, Trevor describes his childhood as “carefree.” He says he was a happy-go-lucky guy who enjoyed hanging out with his friends and drinking alcohol. A twinkle appears in Trevor’s eye and he admits, “I was good at it.” Trevor says drinking increased his energy and boosted his confidence. He explains, “some people can play the piano—well, I could drink!” And drink he did! Trevor closed down the bars and never experienced hangovers.

In 1993 Trevor attended the University of Victoria to get his bachelor’s degree in psychology. Trevor’s alcohol consumption continued to rise and, when things got rocky in his romantic relationship, he drank to escape his painful emotions. Up until then, drinking had been fun, but that all changed when Trevor’s mother was diagnosed with cancer. Trevor’s world fell apart.

As his mother’s health declined, Trevor struggled to cope with his feelings of sadness and despair. He noticed his mother had multiple bottles of oxycodone pain medication and he decided to try it. Within minutes, Trevor’s depression disappeared and he felt euphoric. A new pattern emerged: whereas alcohol consumption was something Trevor did with his friends, stealing his mother’s opioid medication was kept secret. He started taking the pills daily and isolating from his friends and family.

When Trevor’s mother passed away, he was numb. He remembers gathering his mom’s unused medication and putting it in a garbage bag which he took with him. He says the next year was a blur. Somehow, Trevor managed to graduate university, getting his degree in psychology—but he wasn’t the same person anymore. By the time Trevor had gone through all of his mother’s medication, he had a serious opioid addiction. When he ran out of the pills, Trevor switched to using heroin, which he bought on the street.

Heroin took every dime Trevor made. He stopped paying his rent and utilities. Three months later he received an eviction notice. Trevor moved into his car. Alone and isolated, Trevor’s only companions were drug dealers and other people with addictions. He began shooting up in hospital parking lots, near the front entrance doors. Trevor feared dying from an overdose and thought that using in close proximity to a hospital was his safest option.

He was strangely ambivalent, Trevor admits. One part of him wanted help, the other part wanted to continue using heroin—only he didn’t have the money to maintain his habit, so Trevor asked his dad for help. He told his father he was a heroin addict. Trevor entered detox and found ways to continue using opioids. One week later he was out of detox and moving into his dad’s house.  Trevor’s father thought he was detoxed and that Trevor was turning over a new leaf in his life. Little did he know that Trevor’s disease had progressed, hitting a new bottom. Trevor began stealing from his father to support his addiction.

One day, on a regular visit to his doctor for a refill of methadone, Trevor spoke up. He told his doctor that he feared for his life and thought his days were numbered. Trevor’s physician recommended he attend drug rehab at Edgewood Treatment Centre, in Nanaimo, BC.

On March 20, 2004, Trevor and his father entered Edgewood. Trevor hugged his dad and said goodbye. As he walked down the hallway with the admissions coordinator, Trevor was afraid. He feared withdrawal and being in treatment, and he couldn’t imagine his life without drugs and alcohol.

Throughout the detox period, Trevor recalls walking around Edgewood in a fog. He says the staff were amazing and during what should have been his worst days, he felt safe and cared for. As the fog lifted, Trevor noticed his peers and took an interest in their progress. He began participating in treatment. Trevor shared his story in group therapy. He worked on assignments. He paid attention during lectures. Trevor noted positive changes taking place in the people around him and he wanted that for himself.

For the first time in years, Trevor felt hopeful. His time in residential treatment gave him the life-saving tools he would need to sustain his recovery, on his own, in the real world. Trevor learned the importance of honesty and each time he told the truth, he took another step in the right direction.

One day in group therapy Trevor thought, “I can do this!” Trevor chuckles as he describes that moment. “I know everyone in treatment wants to be a counsellor, but I dared to dream and believe. I found a new passion and a new path.” Trevor was no longer interested in scoring heroin. He wanted to give back and help people, the way Edgewood had helped him.

Trevor finished his program at Edgewood and continued doing the right things. He followed his recovery plan, attended aftercare group meetings, and built a large circle of new friends who lived healthy lifestyles.

In September 2015, Trevor’s dream of helping other people came true. He began working at Edgewood. He knew he had something to offer patients, yet he admits that those first days as a counsellor were challenging. Trevor didn’t want to make any mistakes, he didn’t want to let anyone down, and he wanted everyone to have the same experience in treatment that he had had.

Trevor’s love for his patients is obvious. His eyes light up when he acknowledges, “they’re my people. They get me, and I get them. I sleep well at night knowing I’m making a difference in their lives.”

Last summer Trevor was asked to help out with Edgewood’s residential treatment program again. This time, he was more at ease in his role as clinician and brought his best self to the floor. This past December, Trevor got an early Christmas present when he was asked to become a clinical team supervisor. Trevor shakes his head in awe, smiles, and says, “It was such an honour to be asked.”

Remembering how he was once living in his car and shooting up in hospital parking lots, Trevor still can’t believe how far he’s come. Getting treatment at Edgewood saved his life. He’s grateful for his beautiful daughter, Aria, and for his supportive father. Trevor ends our interview with a grin, adding, “My dad always said he was proud of me, and now I believe him.”