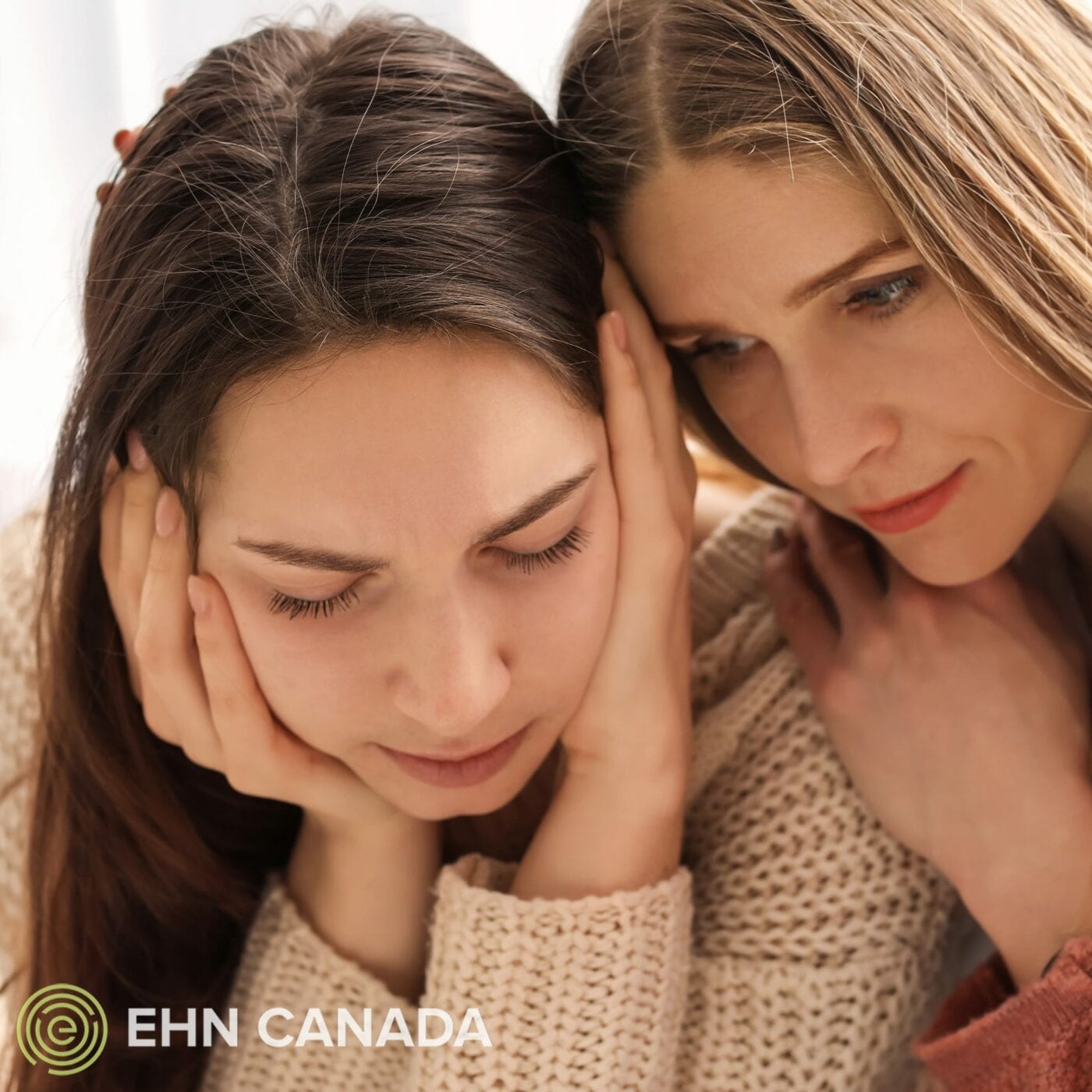 Written by Adam Fisher, a former Director at Renascent and EHN Canada, writer, researcher, and photographer. He has been in recovery since June, 2004.

Today—World Suicide Prevention Day—ten Canadians will take their own lives.[1]

Organized by the International Association for Suicide Prevention (IASP) and held every September 10th since 2003[2], World Suicide Prevention Day (WSPD) seeks to increase awareness and education about suicide. This year’s theme, “Working Together to Prevent Suicide,” was selected for its message of collaboration; to spread the idea that everyone can play a part in supporting those at risk.

The premise that we all share responsibility for helping individuals in crisis may not seem like a difficult principle for which to garner support, but when that crisis involves suicide, the rules of engagement seem to be different. Just mention the word, never mind the feelings behind it (or worse still—the methods) and see how quickly the room gets quiet. Or clears.

It’s a word that elicits powerful feelings—fear, embarrassment, judgment, deep discomfort—and is often spoken only in whispered tones. Suicide was long considered a crime in most countries and a sin by many religions. While the majority of the world has now decriminalized it, in 45 countries it remains illegal—25 where it’s a criminal offense, and 20 which observe Sharia law under which it’s considered a major sin.[3] The stigma associated with suicide is still a powerful burden. Canada removed suicide from its Criminal Code in 1972[4], but the language surrounding it remains painfully accusatory. When someone takes their own life, we don’t say that they “died from suicide”—we say they “committed suicide,” which has connotations of immorality and sinfulness.

Words matter. Avoiding morally judgmental language when we talk about suicide makes difficult conversations easier and safer. When we normalize discussions about suicide, we de-stigmatize the subject and that allows us to tackle it directly and openly, like we would any other health issue. And we do that by using phrases like “took her life” or “ended his life” and avoiding phrases such as “committed suicide”, “unsuccessful attempt”, or “failed attempt”.[5]

Avoiding stigmatizing language helps individuals in crisis feel more comfortable discussing what they’re feeling—but what about the person who sees concerning behaviour in others? Why is suicide such a distressing topic that people will go to great lengths to avoid it, even, especially, when it’s a loved one who they think could be at risk?

Because it’s uncomfortable, frightening, and confusing. Often the reluctance stems not only from not knowing what to say, but also what not to say.

Mark Siren, a volunteer at a homeless shelter in downtown Toronto, has experienced this double-edged sword:

I’ve had clients tell me that they’d rather be dead than have to keep living on the streets. But does that make them suicidal? I don’t know. Is that their way of saying that their life is just really bad right now and they’re frustrated and depressed… or do they really mean it? I wonder sometimes if talking about it might be worse, like if they weren’t serious but bringing it up might plant the seed in their head.

While Mr. Siren’s confusion and concern is understandable, if someone says “I’d rather be dead” or “I don’t want to live anymore”, it’s important that you take them seriously and talk about it with someone who can help. Superficial action—“I’ll check in with her tomorrow and see if she’s feeling better”—and rationalizing—“I’m probably overreacting. She was just having a tough day”—can be a dangerously inadequate response.

“Many people believe that suicide and self-harm is a distressing topic… so they avoid discussing it,” explains Dan Reidenberg, executive director of the Suicide Awareness Voices of Education, “but the best way to talk about suicide is openly and honestly.”[6]

Even if it’s hard. Even if you’re terrified. Even if you can’t begin to understand why someone could possibly want to take their own life. Because many do. In 2016 alone, 3,926 Canadians died from suicide, making it the 9th leading cause of death in the country.[7]

According to the World Health Organization the global suicide number the same year was almost 800,000.[8] That’s the equivalent of 2000 Boeing 747’s crashing every year with no survivors.

Dr. Juveria Zaheer, a clinical psychiatrist at the Centre for Addiction and Mental Health in Toronto, estimates that 90% of people who die by suicide have been previously diagnosed with a mental health disorder, with depression being the most common.[9]

“Just like heart disease or cancer, it is an illness—and most people who have heart disease or cancer do not hesitate to seek help,” explains Dr. Zachary Kaminsky, Chair of Suicide Prevention Research at The Royal’s Institute of Mental Health Research in Ottawa, “mental illness is not just all in the mind, and it’s not just something that you can power through.” This is something that is becoming more and more apparent, the more we understand the biology of mental illness and suicide. This understanding helps to de-stigmatize suicide, and it helps people to seek help when they understand that it’s “not just all in my head.”[10]

While depression is the number one risk factor for suicide, the second most common factor is a substance use disorder (SUD). Individuals with SUDs are six times more likely to die by suicide than the general population.[11] Distressingly, this statistic is one that could be significantly lowered if a greater number of people with SUDs received treatment. Currently only about 10% do, despite studies demonstrating that getting treatment for both SUDs and concurrent mental health disorders can significantly increase the probability of achieving long-term recovery and can reduce the risk of suicide attempts by as much as 50%.[12]

So we know what the risk factors are, but what are the warning signs that can help with identification and prevention?

It’s important to be on the lookout for warning signs. If there are changes in behavior, including risk-taking behavior, or if they are talking about hopelessness or despair—then it’s important to have conversations with those people. It’s also important to not be afraid to ask difficult questions about suicide. A lot of times, when people are feeling suicidal, it’s not that they want to die, but that they’re in great mental pain, and don’t necessarily see a way out. So the first step is to have a conversation with them, and stress the point that “this feeling is not permanent and there is help out there.[13]

The Canadian Mental Health Association (CMHA) uses an acronym to spell out the major warning signs of suicide: IS PATH WARM[14]

I – Ideation: thinking about suicide
S – Substance use: problems with drugs or alcohol

“If we could say anything to people who are suffering,” concludes Dr. Zaheer, “it’s to hold on to that thread of hope because there are treatments that can be effective and can work. You are not your illness.”[15]

If you’re struggling with thoughts of suicide, or if you know someone who has exhibited any of the warning signs discussed in this article, please reach out for help immediately. You may end up saving a life—your own or someone else’s.

Get Help with Suicide Prevention

Get help with Addiction and Mental Health Disorders

[9] Rizza, A. The Globe and Mail. (2018, 17 July). Canadian Researchers Study Suicide Notes To Find Clues Toward Prevention. Retrieved from: https://www.theglobeandmail.com/life/article-studying-suicide-notes-can-help-with-prevention-research-suggests/

[15] Rizza, A. The Globe and Mail. (2018, 17 July). Canadian Researchers Study Suicide Notes To Find Clues Toward Prevention. Retrieved from: https://www.theglobeandmail.com/life/article-studying-suicide-notes-can-help-with-prevention-research-suggests/