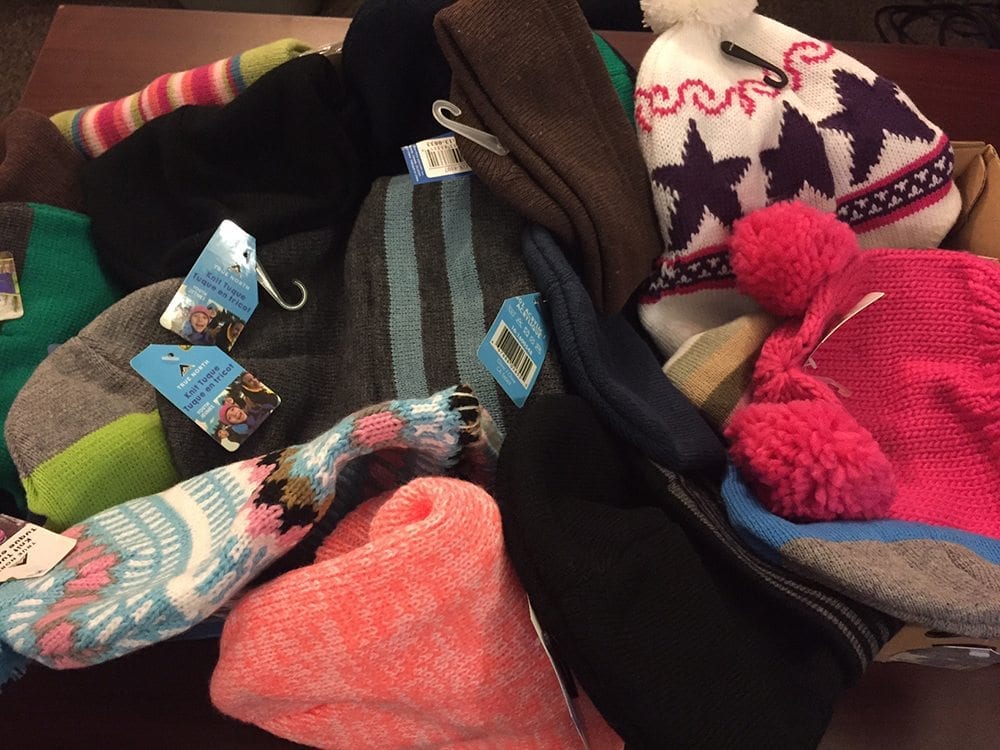 The letter arrived this week, just like it does each year.

Enclosed in a box, surrounded by love in the form of a collection of warm toques, it is addressed to the 80 or so inpatients who will be spending Christmas 2017 inside the walls of Edgewood addiction treatment centres.

In the letter, co-penned by Greg J. and Cynthia W., two alumni who, 17 years ago, spent their own winters on Boxwood Road in Nanaimo, they share the importance of passing on what was so freely given to them — the spirit of giving.

“We started this tradition of sending these our first Christmas back in our respective worlds outside of Edgewood addiction treatment centre in 2001,” the letter reads. “May these small gifts bring comfort to those who receive them at Edgewood and may they know each one is given from alumni who are still willing and very grateful for their sobriety.”

Cynthia lives in New Westminster, B.C.. She and Greg are good friends, with hearts in the right place. Each year since the winter of 2000-2001, they have sent a care package to the inpatients as a way of saying we are here for you when you get out, and thanking the mental health and treatment addiction centre that started the fulfilling journey they are on.

“It’s a way of sending respect, and also hope, to the new people coming through the doors of House of Miracles,” says Cynthia, a retired CUPE director. “Our lives were changed for the better for being at Edgewood addiction treatment center, and being part of that community. It’s a way of us saying to the person that receives it, ‘Have hope. We did. We’re doing it. You can do it too.’”

For his part, Greg, a retired heavy duty mechanic, collects the hats and ships them off to Edgewood treatment centre as a way of saying thanks for what he received over Christmas, 2000. He remembers the gift of toques, gloves, scarves and other little presents which meant so much to the man who was once so broken and lost.

Their friendship began in treatment. Cynthia recalls being “so very indignant” attending the detox treatment program at Edgewood addiction treatment center in January of 2001. Greg, who had been in treatment for a month already, was a calming influence as she paced restlessly in her first days at Edgewood.

“I couldn’t sleep, and he’d meander in to [Bridges dining room]. We would read the Big Book and try and figure out what this means and what that means,” she says with a laugh. “He was so encouraging. He had been there several weeks. He reassured me that my head would clear. He told me to remember detox treatment was not a race, not a course. He was so sincere.”

The two friends would end up doing their aftercare sessions in Vancouver when they completed treatment, and their friendship just got richer. Though Cynthia was widowed and Greg recently divorced, it was one of those special platonic relationships that just blossomed.

“When I got sober, my whole word opened up and romance was just not in the cards,” says Cynthia. “Friendship was. Giving back was. We had learned so much at Edgewood, and we both had such a strong commitment to staying sober. We both felt that we had been given a second chance at life. It was that commitment to sobriety that drew us together.”

So, at Christmas time, they naturally think back to the launch of their friendship, their new lives as sober, recovered people.

‘For years, we would gather the toques together, go over to the Army and Navy and pick them out. But, the last few years, he has been picking them up. I write the letter,” she says with a smile.

They also began returning to Edgewood for January’s Cake Night each year, taking the ferry over together, reminiscing.

“We get there and we stand outside and just watch,” says Cynthia. “It’s so funny, it has changed so much. But we always look at the walkers and laugh, ‘There [are] the inmates.’ And we look at the list of people who have passed. We look for the one or two staff we still know. Then we go in, get a coffee and do Cake Night.”

The continuity of recovery, Edgewood style, remains strong for these two alumni. Greg, a Burnaby resident, still attends five or so meetings a week. He’s a regular at the Burnaby Fellowship Centre, a meeting place where plenty of newcomers are trying to fit in.

“He’s always there, holding out his hand,” says his friend. “He just likes to talk to people, to encourage them, to listen to them. He’s a very humble man.”

As for Cynthia, she is looking forward to her annual trek for her medallion on Cake Night next month. Traditions matter to the two. Greg shows up to his home group with treats to mark his time each December, “unannounced, of course”, and the two continue their tradition of sending their tangible message of hope in the form of toques to the newcomers at the House of Miracles.

Meanwhile Cynthia continues to talk the talk and walk the walk.

“I recommend they get into A.A. and get into the middle of it. Me, I make my bed most days and I still say, ‘Thanks, Edgewood.’ We have a deep, deep gratitude to that place for the life we have today.”