Addiction Was a Sleeping Giant in My Family 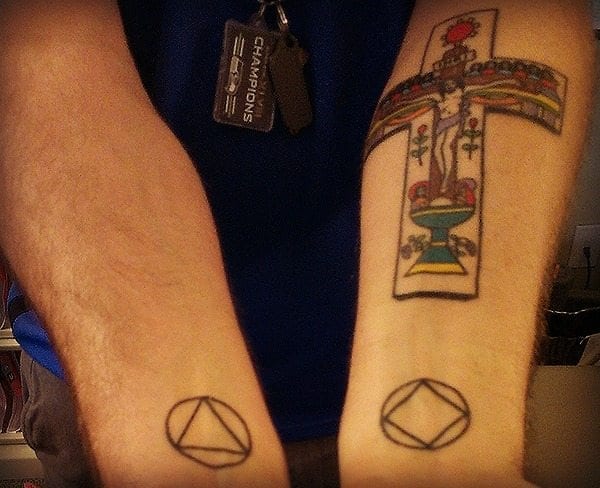 If you were to look at my baby pictures you would have seen a smiling child. I was laughing and dancing around my loving and supportive home. Addiction was a sleeping giant in my family.  Sleeping in the literal and figurative sense of the word.

My uncle and my grandfather would often hit the couch for an extended period of time and sleep off their morning of closet drinking in our family gatherings. My mother and father had no problems with alcohol and drugs. My father came from a family with no alcoholics and one known teetotaler. The other side of the family had a hidden and mysterious web of addiction that I never knew about until I was older.

The sleeping giant awoke when one of my older brothers began to experiment with drugs and alcohol at 15. I had a bedroom window that overlooked the front driveway. Peering out the window at night I saw him come home late under the influence and I was in awe. This life was calling to me. The loud music, the women and the grungy clothes all shouted my name. Pretty soon I started using. The first time I got high it affected me in a way that none of my friends felt. I was hilarious to them. I was the centre of attention.

One day my mother got a frantic phone call from my older brother’s girlfriend. She brought him home and he was near catatonic on the couch. It was psychosis. Soon my parents were going back and forth between the psychiatrist and the psych ward. My mother asked me to man the phones and not leave our house in case relatives called. I was angry at my parents. My anger only increased when my mother revealed the mysterious web of secrets and cover ups from her side of the family. Addiction and mental illness had apparently run rampant in my mother’s family. I learned that my grandmother had a brother that died in what was likely a vehicular suicide in the 1950s. He had children and most of them were affected by addiction and mental illness.

Through my late teens and early twenties I left my family in the dust. I began pursuing my dream of becoming a stand-up comedian. I used daily and frequently. Alcohol and other drugs dictated what friends I made, what jobs I worked and where I lived. I became unreliable, unpleasant and unhinged. Pretty soon I was the one sleeping off the consequence of my using on the couch at family gatherings.

At age 25, I was hospitalized in a psych ward for over a month. Everything stopped in my life. Multiple doctors and psychiatrists told me that I could no longer use drugs or drink alcohol. I did not listen to the warning. Soon I was back to using, compromising my principles and morals in ways I had never imagined. On the outside I was an entertainer – a comedian – peddling laughs to audiences a half an hour at a time. The rest of the day I was either at the bar, in a bathroom stall or passed out.

One day I was violently ill. It wasn’t the first time I had been this ill. Yet, this time something changed inside of me. That day I was scared enough to realize that my using was life threatening. I called my mother on April 11, 2010. April 12, 2010 I was admitted to the hospital and by April 22 I was in treatment.

I was in treatment a whole five months. I needed to be slowed down. At Edgewood Treatment Centre, in Nanaimo, B.C., I was given the opportunity to look at my entire self. When I walked in the centre’s doors I was haunted by the shame of the things that I had done and the pieces of my life that were unfinished. After a month of treatment, I had an understanding of both my assets and my liabilities. Treatment gave me balance. The day that I left I was accepted into a community of recovering addicts in the 12 step fellowship and the Edgewood alumni community.

In recovery, I continue to work on myself. I have been able to mend many of the relationships that I destroyed during my time using. My view of my family is balanced and compassionate. Nobody checks out at family gatherings anymore and passes out on the couch. My uncle and I are both in recovery.

Early recovery was a long and hurling process. I began to rebuild my life in the least flashy way possible by working a menial job. By keeping things simple, I was able to focus on what mattered which was attending meetings and staying connected to Edgewood Aftercare.

Soon I found a direction and new purpose. I knew I wanted to help other addicts. At my local church I met a pastor who had been a prison chaplain for many years. His stories of helping prisoners on the inside opened my eyes to new possibilities for my own life. It occurred to me that this was the direction that I wanted to take.

I wish I could tell you that it was an easy battle once I set course for my new dream of becoming a chaplain. My struggle was first with myself and actually believing that I was worth taking on this new direction. Then I struggled for two years as I balanced studies and full time work at Edgewood. It wasn’t until I was six months clean that my hard work began to pay off. I did my initial Clinical Pastoral Education when I was six months clean. I studied as an intern chaplain at a hospital in Washington State. Realizing this goal is something that I still have trouble believing that has happened in my life.

I now am a Junior Chaplain at Edgewood. I have two years of study ahead of me and I greet my challenges as they come.