Canadian Olympian shares how he puts his mental health first 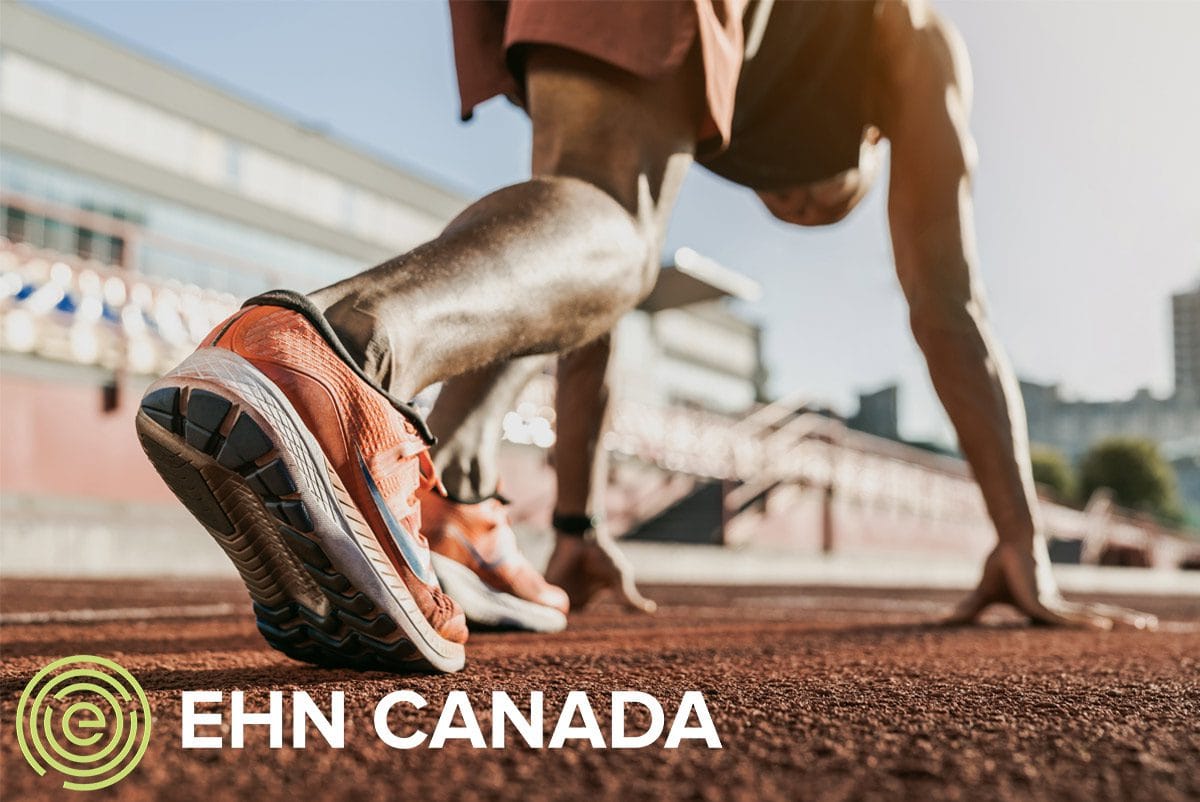 The 2021 Olympics have come and gone, but for many of us who tuned in from around the world, the games exposed internal tension between athletes and the games that won’t soon be forgotten.

As the world watched, several high-profile athletes spoke openly out about their mental health struggles. Most notably, American gymnastics phenomenon Simone Biles was both celebrated and critiqued after she withdrew from multiple events last week citing mental health concerns. The 24-year-old gold medalist (Rio 2016), considered by many as the greatest gymnast of all time, went on to take bronze on the balance beam, bringing her olympic medal total to seven.

Months before, Japanese tennis player Naomi Osaka — who was eliminated in the 3rd round in Tokyo — was fined by the French Open tournament after deciding to forego press conferences before backing out of the competition altogether.

Following both women’s decision to prioritize their mental wellbeing, several athletes spoke out in support, highlighting the intense scrutiny and pressure that comes with such a high level of competition.

Sports psychologists have been trying to measure the prevalence of mental health issue among Olympians. A recent study from the University of Toronto found that elite Canadian athletes may be at an increased risk of experiencing a mental health disorder, and that 41.4 per cent of athletes met the cut-off criteria for one or more mental disorders.

As a two-time Canadian Olympian (2012, 2016)  and internationally decorated sprinter with over 13-years experience in high-performance racing, Segun Makinde understands the immense pressure that comes with competing on the world stage. He also runs a blog and podcast meant to inspire anyone to tap into their “inner olympian.”

Segun chatted with EHN this week about what mental health means to him:

As a professional athlete, how does it feel to see your peers, like Simone Biles or Naomi Osaka, drop out of competitions citing mental health concerns?

I think people might not understand the full extent of what goes into those conversations behind the scenes. Credit to [Simone Biles] for her awareness and knowing herself, her body and her mind.

I think a lot of athletes can forget that mental factor in the moment. Having the ability to be mentally prepared going into something and know when to pull yourself is a really hard thing to do.

Why do you think there’s an expectation for professional athletes to ‘power through’ physical or mental setbacks?

I think there’s an unwritten rule that not everybody talks about but we all know is there.

You’re seen as a hero to others. People look to you as a role model, and just with any position it comes with responsibilities, and people expect certain things from you. There’s the expectation that you attend events and speak to the media, and athletes have started to take a stand against things that they don’t necessarily have to do, but have always been expected of them.

When you step into the role of a high-profile athlete, you’re faced with these societal expectations that aren’t necessarily part of your job description. You don’t have to abide by these expectations, but it comes at a cost as we’ve seen.

How does your mental health impact your athletic performance?

It plays a big role. I think the mental performance side of sports, especially at a high level, is what makes the biggest difference.

At the highest level [of sport], everyone is doing the same things. Everybody is eating the same things for the most part, training at the same level of intensity, has the same goals and relatively the same strength. So the only deciding factor at the end of the day is the thing between your two ears, right?

I think we forget that what we see the physical aspects — are the tip of the iceberg. What we don’t see, the mental stuff, the stress, things back home, our personal lives, how you feel… all these things start to play into your performance on the field of play.

I’ve always had my best performances when the mental side of things — the emotional, wellness and spiritual — are doing well.

How do you take care of your mental health, especially before an important race?

One thing I really worked on was creating a good environment; a good ecosystem for performance. I think for all of us, what matters is what environment are you in and is it going to help you to thrive? Think about yourself as a plant. If you put yourself in the right soil, when you have the right things feeding you, then you thrive, you do well, and you’re able to shine, blossom and do your best. I like to read and put myself in a quieter state, and to listen to music.I look at my emotions and ask myself if I’m feeling okay, do I need to deal with anything or talk to somebody? I make sure I’m eating right and putting the right thing in my body. There’s also the wellness and spiritual side. Do I feel calm, do I feel aligned? Do I feel centred to go into performing.

What advice would you give to anyone who has a lofty goal they want to achieve, olympian or not?

You don’t need to be an olympian to be great. I think we’ve all heard stories of people who have gone to the Olympics but haven’t demonstrated characteristics of an olympian and people who haven’t gone who do. So, it’s not so much about the outer idol but rather the inner reality that you believe in terms of who you are and what you’re able to do.

Everyone has the inner “olympics” that they’re trying to achieve for themselves, whether its a promotion, or asking somebody out on a date — it all comes down to what you want to achieve.

Number one, you have to believe that it’s possible for you, no matter how crazy it seems to other people. Don’t worry about other people’s expectations. Take action and prove to yourself that you believe it’s possible. Once you do that, things will start changing in your physical environment to reinforce that belief.

These changes don’t happen overnight, they take time, but its about being intentional moving forward.