Eating Disorders and Similarities With Addiction 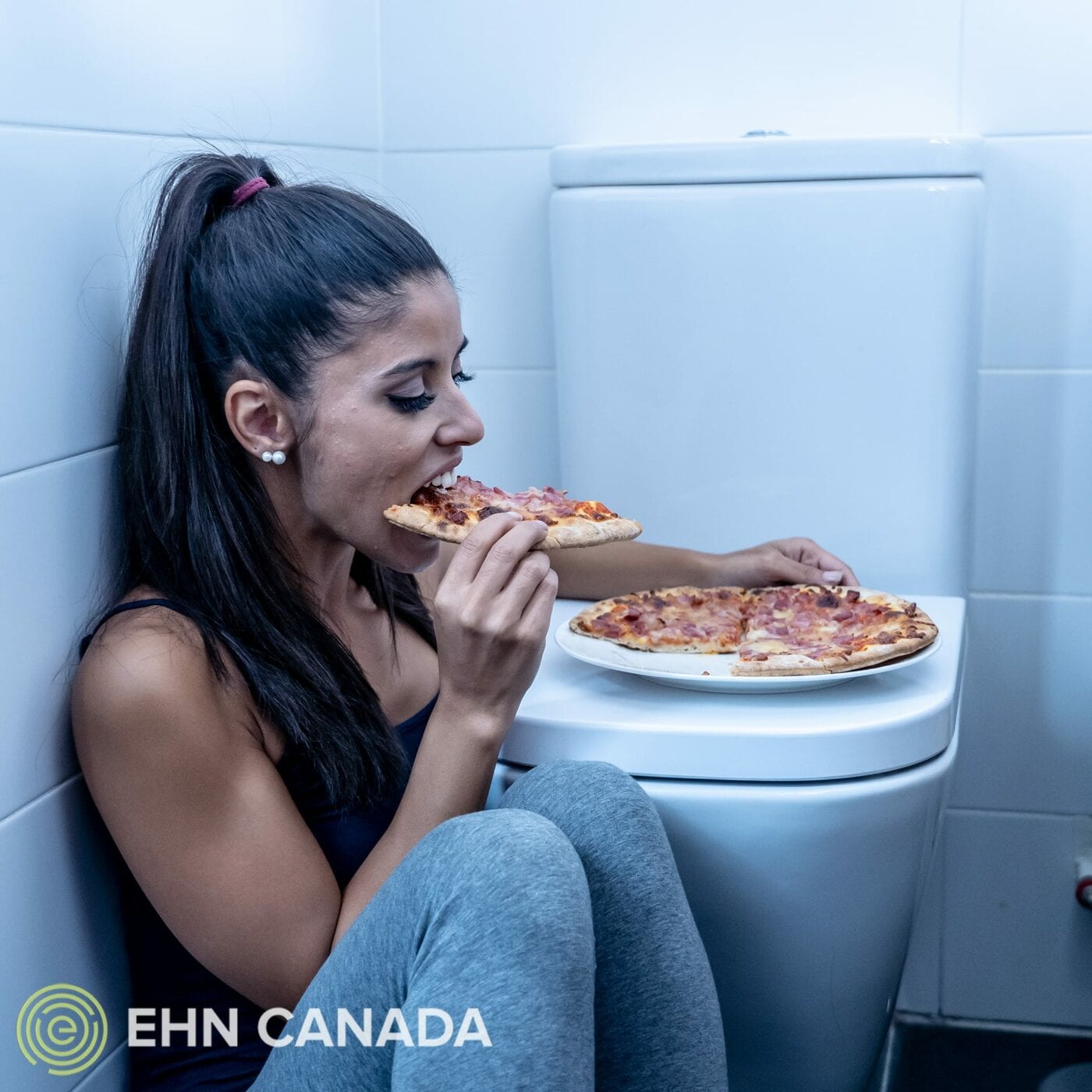 One weekend afternoon, I was chatting with a friend. We’ll call her Jane, for privacy’s sake. It was wonderful to catch up and share what was going on in each others’ lives. At nine months old, Jane’s puppy was fully-grown and adorable.

After some light and casual conversation, she broke some startling news:

Now, I can’t say I was completely shocked. My friend had mentioned she had restricted her eating before. She said she would often “forget to eat” when she was stressed. While Jane was always very thin, the fact that she would eat in front of me and celebrate when she gained some weight led me to believe that she was okay. I figured she must have a very fast metabolism. So, I minimized the problem, and perhaps Jane had done the same as well.

After more conversation, Jane said that cheerleading when she was in high school had pushed her to get thinner and thinner. She believed that was when her eating disorder truly began. Jane recounted to me that she fainted once when doing laps on almost no food—but it didn’t occur to her that she needed to eat more to fuel her activity. As someone who could stand to lose a few pounds, it’s hard not to say something like, “I wish I could just forget to eat too!” But instead of saying something insensitive, I asked Jane how the program was going.

People with eating disorders have a wide range of body types

Jane said that the program wasn’t what she had expected, but that it was going well. Size-wise, Jane was one of the smaller people in her Eating Disorder (ED) group. Even Jane admitted that she had expected people with eating disorders to be alarmingly skinny and was surprised to find out that people with eating disorders came in all sizes. She also recalled what it was like “coming out” to her family about her eating disorder. Jane used to avoid eating at family functions, saying she had just had a meal when, in fact, she hadn’t. Or, she would say that she had a stomach bug. She had no shortage of creative excuses.

While Jane’s low weight and her habit of only eating food in very small quantities were on my radar as a friend, I never thought she had an eating disorder that needed professional treatment. What I’ve learned is that eating disorders can look very different from one individual to another. We should avoid judging or stereotyping people with eating disorders. Instead, we should listen, show compassion, and give them our support.

What Is an Eating Disorder?

Eating disorders are behavioral disorders characterized by unhealthy behavioural and thought patterns related to food, eating, and one’s own body weight and body image. The results of these poor decisions can be harmful to one’s physical health. In severe cases, eating disorders can be deadly. An unhealthy relationship with food can motivate harmful behaviours including binge eating, purging, food restriction, and excessive exercise.

Individuals with eating disorders often base their self-worth on their weight or body image. They often have other, concurrent mental health disorders, including substance use disorders, depression, anxiety, obsessive-compulsive disorder, and borderline personality disorder. The most effective treatment programs are personalized according to an individual’s unique needs and provide integrated treatment for their concurrent addictions and mental health disorders.

There are many different kinds of eating disorders. The most common types are described below:

Anorexia nervosa affects up to 1% of Canadians.[1] Individuals with anorexia severely restrict their food and caloric intake due to their intense fear of gaining weight or their need to feel that they have control over their bodies. Despite having dangerously low weight, patients with anorexia see themselves as being overweight. The extreme caloric restriction results in dangerous weight loss, interrupts women’s menstrual cycles, and can have numerous other negative health consequences. Some individuals also engage in excessive exercise, self-induced vomiting, and diuretic or laxative use. Anorexia can in some cases result in death.

Bulimia nervosa affects up to 3% of Canadians.[2] Individuals with bulimia go through periods of binge eating, after which they purge the food that they have eaten. Most commonly, they do this through self-induced vomiting. Similar to individuals with anorexia, the self-esteem of individuals with bulimia very strongly depends on their body weight or body image. They often experience health problems due to their frequent self-induced vomiting, including tooth decay and damage to their esophagus.

Some individuals show a combination of behaviours that are characteristic of the eating disorders described above, or include other additional behaviours, making a clear diagnosis difficult.

Binge Eating and Addiction: Similarities in the Brain

Binge-eating and compulsive use of addictive substances often function through the same neurotransmitter systems and regions in the brain. Sugar and dopamine-enhancing stimulant drugs (e.g. cocaine or amphetamine) show strong similarities in their motivational mechanisms. On the other hand, sugar and opioids appear to have strong similarities in their reward mechanisms. Attempts to treat binge eating using pharmacological interventions have demonstrated further similarities and relationships. However, they have also revealed that, compared to addictive drugs, it seems likely that the brain’s motivation and reward processing in response to ingesting food is significantly more complex.

Hoebel et al.[3] observed that binge-eating sugar elevates dopamine levels in the nucleus accumbens shell region of rats’ brains, similarly to a variety of addictive drugs. They observed that rats that binged on sugar for 21 days, followed by a 10-day period of abstinence, showed greater locomotor sensitivity to a single dose of amphetamine compared to control-group rats that had not binged on sugar. “Locomotor sensitization” is the consistently observed tendency of rodents to get progressively more hyperactive each day, in response to receiving a daily dose of a stimulant drug (e.g. cocaine or amphetamine) several days in a row.

Hoebel et al. also observed that when sugar-binging rats are injected with naloxone (an opioid receptor antagonist) they show withdrawal symptoms. This suggests that opioid signalling is likely involved in the enjoyment, rather than the motivation, of sugar binging. The finding that saccharin seems at least as reinforcing as sugar suggests that sugar’s reinforcing properties are more likely related to its sweetness and not to its caloric content.

We have a supportive, caring staff ready to support every step of the recovery journey. In addition to supporting a return to normalized eating, we focus on supporting the mental health of both our patients and their families. Using education developed by Terri Marques, Executive Director at Bellwood Health Services and a noted leader in the field of eating disorders treatment, we are launching Canada’s most comprehensive inpatient eating disorders treatment. Get the support you need, for as long as you need it, at Bellwood Health Services.

If you, or an adult you know, would benefit from our eating disorders treatment, please reach out today to get on our waitlist. Call us at 1-800-387-6198.

Although we may not realize it, we may each know more Janes who are quietly struggling with an eating disorder than we think. Canada is currently experiencing unprecedented demand for comprehensive eating disorder treatment, but funding that’s been earmarked for this treatment is not getting to healthcare professionals and patients who need it during the pandemic.

By writing to your local MP and the Minister of Health, you can make a difference for yourself, a loved one, or the approximately 1 million Canadians suffering from eating disorders.[5]

Please consider writing to your representative to share your experience with eating disorders and encourage them to deploy proper public funding for timely, effective, and safe eating disorders treatment. With your help, comprehensive eating disorder treatment can become more widely accessible to those who are in dire need.

EHN Canada Can Help You

To learn more about this or any of our mental health and addiction treatments, please call us at one of the numbers below. Our phone lines are open 24/7—so you can call us anytime.