Finding Christopher: From Addiction To Recovery 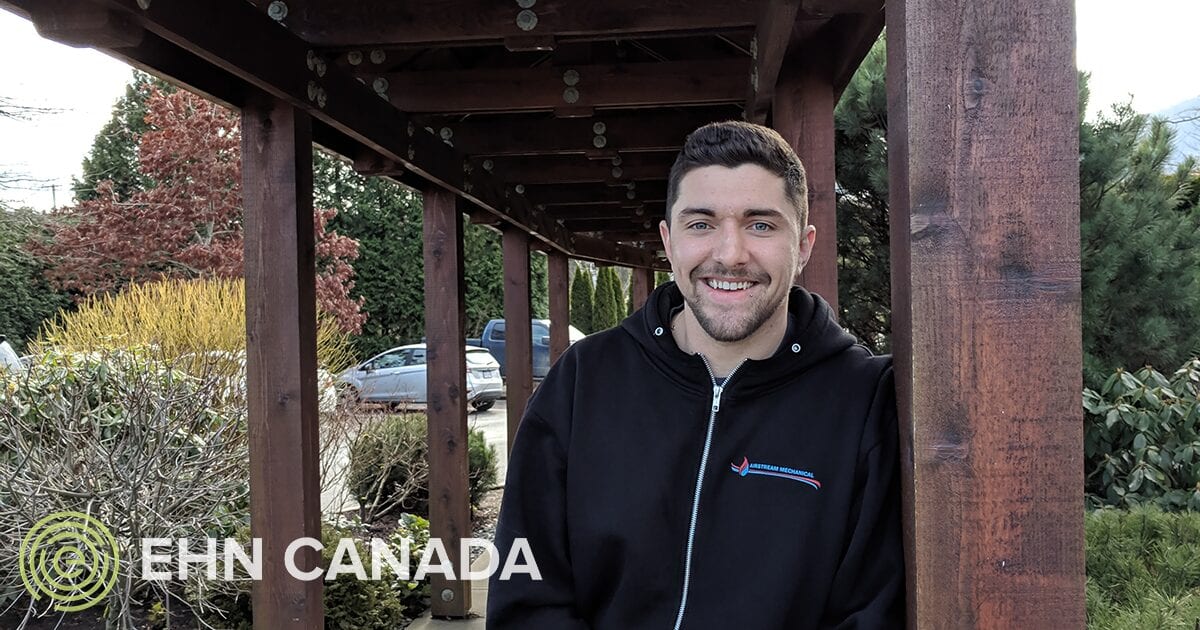 Born in Campbell River, BC, Christopher says he was always obsessed over something. It started with baseball gloves, wheelbarrows, and cowboys. His earliest memories are good ones—family dinners, camping, and spending time with his siblings. When Christopher turned four his mom and stepdad split up, his brother went into foster care, his sister moved in with her biological father, and Christopher stayed with his mother.

When Christopher was 13, his mom met Gordon. They got engaged and moved to Alberta to live on Gordon’s ranch. Christopher was happy and for a while life was grand. It didn’t last, though, and when the relationship ended, Christopher and his mom moved on.

In his teens, Christopher started drinking and smoking marijuana. Baseball gloves, wheelbarrows, and cowboys—goodbye! Christopher found a new obsession. Getting high was the answer to all his problems. Christopher’s personality changed and he became violent and experienced mood swings. His mom was concerned and, not knowing what else to do, sent him to live with his biological father.

To support his drug habit, Christopher began stealing. His home life was a disaster, he and his father fought often, and Christopher got expelled from school. He moved to his sister’s house hoping to start over, but drugs got in the way. One day Christopher stole his brother-in-law’s truck. His sister, tired of the chaos, asked him to leave. Once again, Christopher was on the move.

Over the next few years, Christopher drifted between living with various relatives. A neighbour helped him get a job through a sheet metal union. However, Christopher didn’t get along with his coworkers and got fired. He found another job with a construction company where someone introduced him to Dexedrine. Christopher was obsessed, he loved the way he felt on the stimulant and was sure he’d found the solution to all his life problems.

At 18 years of age, Christopher went to jail for a physical altercation with his girlfriend. He spent 90 days in prison and was ordered to take an anger management course. The time in jail didn’t make Christopher a better person—he says he just got sneakier. Going forward he was in and out of relationships and never stayed long in one place. A friend told him about an opportunity in the oil fields, and Christopher was on the move again. He met the owner of a company, got hired, but soon after was fired.

Still consuming Dexedrine, alcohol, marijuana, and other drugs, Christopher experienced his first incident of psychosis. Fearing the stimulant was responsible, he quit using it and started using cocaine and oxycodone, instead.

Christopher’s life was in a downward spiral, and he was on the run. This time, he was on his way to Bella Coola, where his grandmother lived—but Christopher never made it there. He stopped in Williams Lake, where he stayed for three years.

During that time, Christopher picked up using heroin. He racked up dangerous driving charges and was in and out of jail. Christopher met a woman who made him want to change all that. She didn’t know Christopher used heroin and, when she found out, he promised to quit. Christopher tried many times, even going on methadone, but he was unable to stay abstinent. His girlfriend left him, and Christopher was on his own again.

“It was a wake-up call,” Christopher recalls. Vowing to break free from heroin’s grasp, Christopher sought help through medication assisted treatment (MAT) using methadone to manage his heroin cravings. Christopher says he was never able to get off all drugs entirely, but rather he always just replaced one for another. But no matter how he switched it up, trouble seemed to follow him. A few months later Christopher ran into his brother who was using heroin. Christopher picked up where he left off and went downhill from there.

As a result of his intravenous drug use, Christopher suffered abscesses and was a frequent visitor at the hospital where he received antibiotics. Eventually, methicillin-resistant Staphylococcus aureus (MRSA), a type of staph bacteria that’s resistant to many antibiotics, set in. Christopher was underweight, with sores on his face. His doctor told him that he would be in and out of hospitals until he changed his lifestyle or died from it.

Christopher went to detox and started Methadone. He needed to go to drug rehab, but there was a five-month wait list. His life continued to unravel. He stayed with his sister and brother-in-law and stole from them. When he was asked to leave, Christopher became homeless and lived on the streets. One day, out of the blue, Christopher received a phone call from his sister asking him to return to her house.

Defeated, exhausted, and sick, Christopher entered his sister’s house where he received the surprise of his life. In spite of his hurtful actions in the past, his brother-in-law’s parents Jane and Desmond gave Christopher the gift of life. Christopher shakes his head, and his voice trembles as he recounts this part of his story. Jane and Desmond said “we see you need help” and they offered to fund Christopher’s treatment at Edgewood.

With no idea what to expect, Christopher entered Edgewood feeling lost, damaged, and broken. He says the staff were incredible and encouraged him to open up. Christopher had spent his whole life being self-reliant and letting people in was hard for him. It took him a month to allow himself to be honest and vulnerable. After that, things got easier. As he worked through his assignments, Christopher began feeling confident.

Nearing the end of his treatment program, Christopher had an idea. He started giving haircuts on the sly and trading his services for cigarettes. Christopher told himself it was okay, but he kept it a secret. Just before graduation at Edgewood, Christopher got a wake-up call when his counsellor confronted him for acting out old behaviour patterns. At that moment, he understood that relapse happens before you pick up. It begins when you start to rationalize doing things that you know you shouldn’t be doing and then keep them secret. Christopher’s lightbulb moment came when he realized he couldn’t trust his thinking. Completing treatment, Christopher knew he needed further support. He moved into a sober living environment, followed his recovery plan, and participated in aftercare programs.

Today Christopher has a new obsession—his recovery—this time he has it right. He’s 14 months into his recovery and enjoys helping others. Christopher credits Edgewood with changing his life. He’s thankful to his family and for Jane and Desmond’s generosity. He works for a local business doing his sheet metal apprenticeship and has made new friends who like him for who he is, not for what he has.

All his life Christopher thought someone strong and courageous would come along and save him from himself—he finally found that person at Edgewood. Christopher shrugs, “I finally met the guy who would save my life.” He pauses, wipes his eyes, and concludes, “the man I was looking for, was me.”