First Things First Offers a Remedy For More Than Addicts 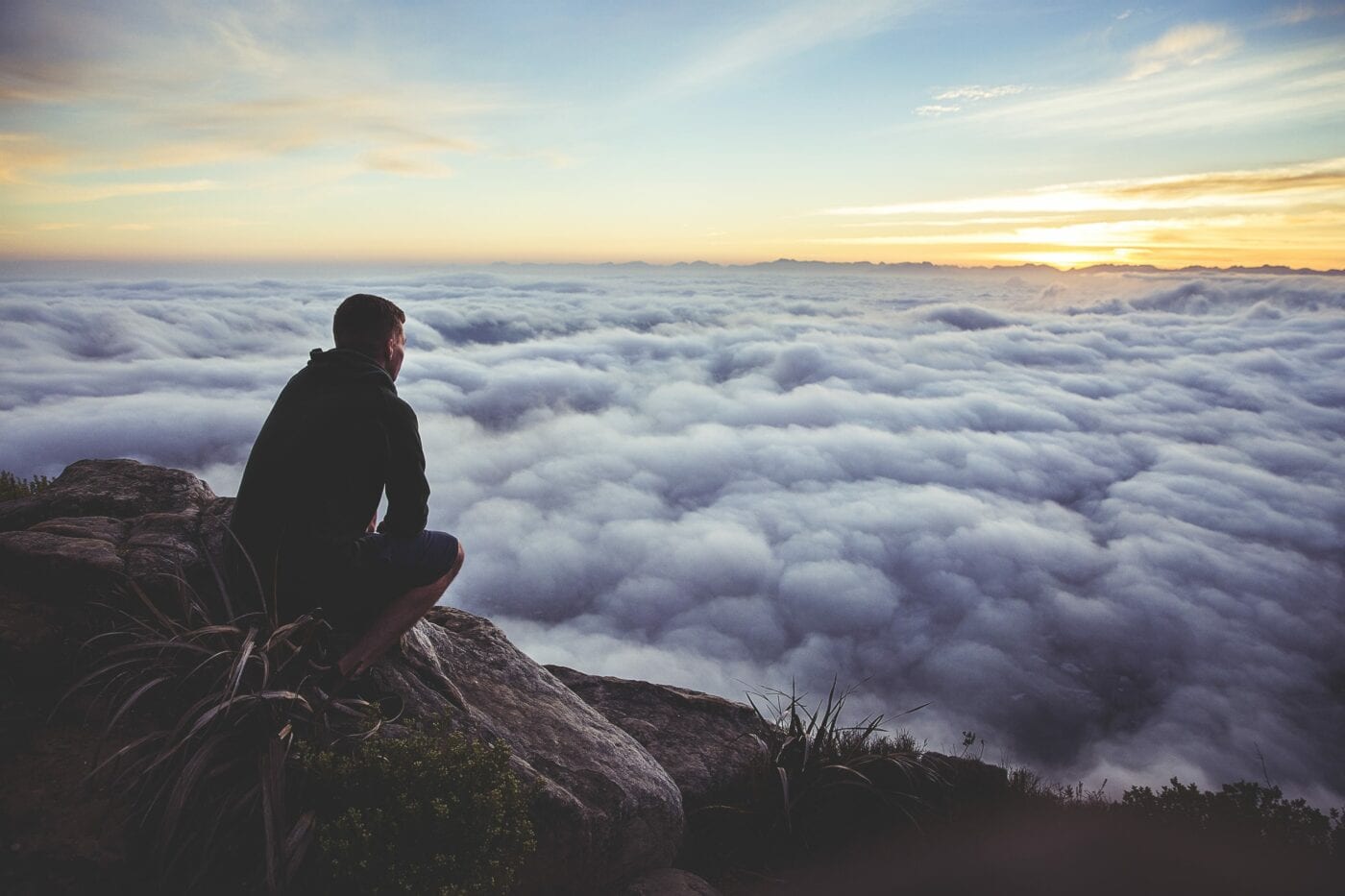 On the surface, the slogan First Things First may seem to mean simply getting your priorities straight.

After all, the Big Book and the Akron manual remind alcoholics that sobriety needs to be the most important thing in one’s life “without exception.”

But do addicts all need to be focused singularly on not drinking or drugging all day every day for the rest of their lives?

Not necessarily. Most addicts with multiple years of recovery will tell you they have lost the obsession to drink or use. So, in that sense, First Things First does not necessarily speak to drugs and alcohol, say professionals in the field.

“When I think of First Things First, I think of just slowing down,” says Elizabeth Loudon, clinical director at Edgewood Treatment Centre in Nanaimo. “Being in the moment. Not giving in to that mental obsession or that compulsive nature of addiction, and just taking the next step and doing the next right thing. Realistically, for me, it’s about being right here, right now.”

With over 16 years of helping addicts change their lives, Loudon says a big part of addiction is recognizing and accepting that the addicted brain is used to doing things a certain way, and that way needs to be changed.

“So, First Things First should just be about connecting back with themselves. Their defense system allows them to place blame or rationalize, defend in one way or another, so there’s never been that kind of ability to feel feelings and honor what’s happening in their world. That would be first for me. Then, it comes to connecting with other people who are important to them and learning to live a manageable life again.”

Connecting with one’s self and others even after many years of recovery.

Paul A. is a driver at Edgewood. He has over 26 years in recovery and still reminds himself that doing it his way is not the way to go.

“Sometimes you’ve got to watch yourself will,” he says. “That can run riot for anyone of us.”

“To me, First Things First means pointing at myself for self-care. Not making it all about me, but being conscious. Everything seems to be about action. A guy said to me one time, ‘You can’t think yourself into good living. You have to live yourself into good thinking.’ So it’s the action that sets you free.”

One by one, the people interviewed for this story pointed to self-awareness – mindfulness – as the true meaning behind the First Things First slogan, which A.A. co-founder Bill Wilson made sure was included on the bottom of page 135 in Chapter Nine, The Family Afterward, of the Big Book.

Mindfulness is not a new philosophy, of course. Buddhists have been practicing it for centuries. And if you research into the theory behind it, it is not too hard to imagine Wilson’s mindset when it comes to suggesting First Things First as a slogan to be considered.

John Kabat Zinn is the founder of Mindfulness-based Stress Reduction (MBSR). In 1979, Dr. Kabat-Zinn found that chronically ill patients were not responding well to traditional treatments. He developed an eight-week stress reduction program which, when practiced with traditional therapies, did work. Since then, many studies have pointed to improved mental and physical health when treated with mindfulness-based programs. MBSR type programs are now commonly found in hospitals, schools, prisons and yes, treatment centers around the world.

In a 2012 interview given to Time Magazine, Kabat-Zinn tried to explain in layman’s terms what he had been trying to accomplish since founding the Stress Reduction Clinic at the University of Massachusetts Medical Centre.

“In Asian languages, the word for mind and the word for heart are same. So if you’re not hearing mindfulness in some deep way as heartfulness, you’re not really understanding it,” he told Time. “Compassion and kindness towards oneself are intrinsically woven into it. You could think of mindfulness as wise and affectionate attention.”

In another interview, posted on the mindful.org website, he explained it this way:

“My working definition or what I call the operational definition of mindfulness is it’s the awareness that arises through paying attention to purpose in the present moment, non-judgmentally. And sometimes I add in the service of self-understanding and wisdom.”

So when you think of First Things First, at least in the Edgewood Treatment Centre setting, it means being aware of your surroundings and acting accordingly, without adding unnecessary drama.

Debra Kine is an addictions counselor at Edgewood. She says addicts have a habit of making mountains out of molehills, and First Things First is a great way to combat that.

“When I’m saying to our patients, ‘First Things First’, it’s because they can get very overwhelmed by thinking about the past and by thinking about the future. So, if I can help them learn to live in the present time, then whatever comes their way first, that’s what they need to take care of instead of worrying about yesterday and tomorrow.”

So, it’s about prioritizing?

And since they are not drinking in treatment and hopefully not in recovery, it isn’t about substances. It is about the brain and how one looks at and pays attention to, life, says Kine.

“Addicts get jumbled up, they get overwhelmed, and when they do that they create chaos for themselves, or they procrastinate or they want to go isolate. So, then, it is up to us to bring them back to the present time and help them stay grounded,” says Kine.

Another counselor, and an Edgewood alumnus, Moe Elewonibi says First Things First helps keep his patients, and himself, grounded.

It’s about staying in your shoes, and knowing where you are at, too,” says the former National and Canadian Football Leagues standout.

“Sometimes our patients, like myself, we want to jump ahead. They think just because they are here they are in recovery. But here is the learning phase.”

Even with 17 years of recovery under his own belt, Elewonibi applies the slogans to himself as well.

“I think the biggest thing for me is I need to get up and suit up. I still get lazy. I’m lazy as … you know. I’ll procrastinate on everything. So, First Things First for me? What do I need to do? I need to get up. Do my meditation. Call my sponsor. Some of those simple things.”

“I’m not really good at it. But I’ve got a sponsor that says I need to get on it,” he says with a laugh.

What Edgewood does in an obvious way as far as First Things First goes is to provide structure, something addicts who are used to chaos need to learn a thing or two about.

“When I look at treatment, it is about getting up in the morning, eating breakfast. Connecting with people at the breakfast table,” says Loudon. Then, it’s going back and doing your basic chores, no different than you and I have to do every morning when we get up. Getting to the next structure as they kind of put one foot in front of the other. And attempting, during all of that time, to stay out of their heads and just connect with others on an intimate level.”

That structure is really important if addicts are to turn their lives around and do different, agrees John Marshall, an Edgewood counselor with nearly 28 years of recovery himself.

“In treatment, it’s the simple things about following through with the schedule. Rather than taking on “I’ve got all this work to do, all these assignments to do”, just follow the schedule. Follow the routine.  Stick as close as you can to the basics of the day. It keeps the obsession down. It keeps the anxiety levels down. It helps them stay focused and more grounded in the moment,” says Marshall.

“It really makes a big difference in keeping grounded and in the moment. Keeping them from being overwhelmed. They just need to deal with the next right thing. They just need to do the next healthy action. You know – I don’t need to take on a whole bunch of stuff in the future because that creates anxiety.”

And for alumni reading this story, Marshall says First Things First is much the same for those out in the world of recovery now.

“It’s the simplicity of getting up and recognizing I only have to deal with today. How do I start my day in a healthy way? Have I done my prayer and meditation? Have I got myself grounded in the day? So, what’s the first thing in my day? Is it making my bed? Is it getting ready for work?”

“It’s not about 3,000 things two days from now. It’s about keeping me grounded. So today – stay sober. Start my day off in a healthy way that’s going to keep me sober in terms of meditation and prayer and grounding that way, before even looking at anything else.”