Home / EHN Blogs / Hiding an addiction – 3 questions to ask yourself

Hiding an addiction – 3 questions to ask yourself 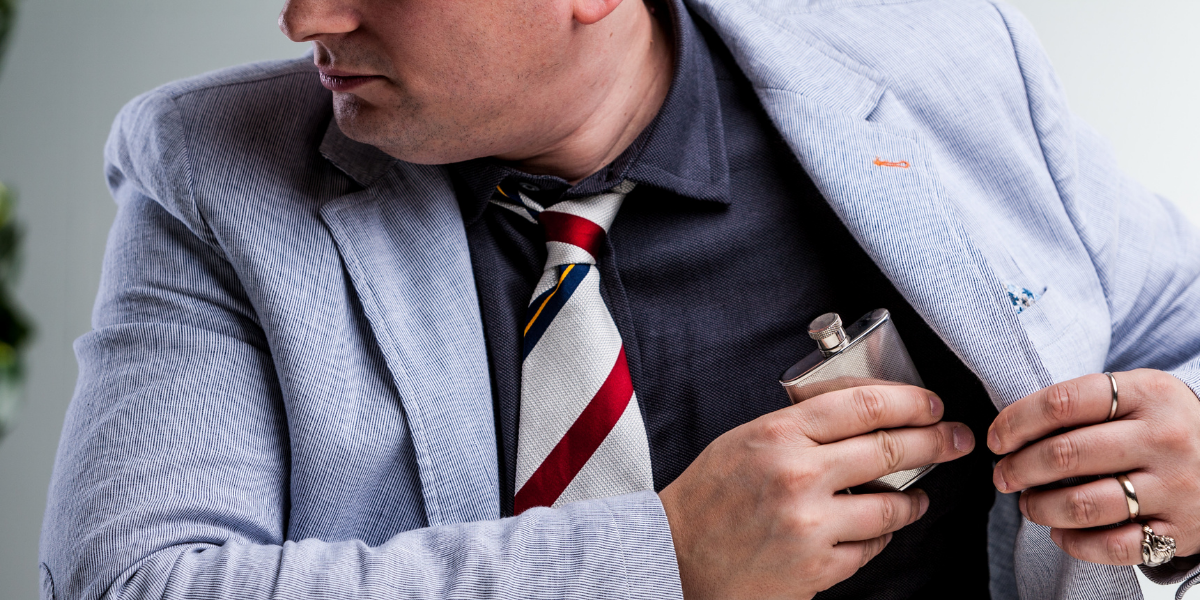 Some people are good at hiding their addiction from the world, and from themselves, but that doesn’t mean it isn’t real… and it doesn’t mean that there is no impact from the addicted behavior. Denying an addiction problem is an expected self-defense mechanism for people with substance abuse problems and their families. So, how can you address addiction which is affecting an entire family group?

Here, we bring light to the subject of hiding addictions. While families and individuals remain functional on the outside, hidden addictions can eat you up from the inside. More here on addiction, dysfunction, and families, with a section for your comments or questions at the end.

Alcoholism And Addiction: How Do You Know?

The word “addicted” means physically and mentally dependent on a particular substance, which is coupled with the inability to stop taking it without incurring adverse effects. That seems understandable, but how do you measure dependence? How do you measure adverse effects? What is adverse to one person might be okay for another and so the issue of defining and understanding what addiction looks like becomes very difficult, especially for the friends and family of the “addicted” person.

Addicts Can Be Functional

For most of us, when we think about someone who is an addict we think of the person on the street who has lost everything, the thief trying to get enough money to get one more hit, the stumbling drunk passed out on the floor. We know that these people have a problem because it is totally obvious: they can’t function normally and they can’t take care of themselves let alone anyone else.

But what about the vast majority of people with addiction problems, people who are functional, who maintain the appearance of normalcy and who are very good at hiding their dependence on drugs or alcohol? Family members addicted to drugs or alcohol can blend in. We don’t usually think about people being good or bad at addiction, but like anything else, some are better at managing this behavior than others.

Think of the tragic rock stars who die young from an overdose; their problem seems obvious. But what about the rock star who manages dependence on drugs or alcohol for twenty, thirty, forty years before needing to get help. Was that second person not an addict until the moment when they finally needed help, or were they just better at managing their dependence for all those years?

How to Assess Addiction or Alcoholism

For the family of a functional addict understanding “the problem” in the home can be enormously difficult, because “the problem” isn’t obvious. It can make you feel like you are crazy, and the same behaviors that allow the addict to mask their problem are often emotional and psychological manipulations that subtly distort reality for themselves, and the people around them.

So how do you know if there is a problem with addiction or alcoholism in a functional household? These questions can help you better understand the situation, and allow you to get support even if the individual who is dependent isn’t ready themselves:

1. How often do they use drugs or drink?

Does a “glass of wine” with dinner need to happen every night and is it really one glass or does it always turn into two, or three, or more? And as a guide, health drinking patterns have been defined. Moderation in drinking is defined as no more than 1 drink per day for women and no more than 2 drinks per day for men. Heavy drinking is defined as consuming 8 or more drinks per week (for women) and 15 or more drinks per week (for men).

A rule; any time someone uses prescription drugs OTHER THAN PRESCRIBED, this is cause for alarm. Taking Rx drugs more often, in higher amounts, or in ways other than prescribed are signs of drug abuse. With the enormous number of pharmaceuticals on the market that are addictive, sometimes this may take the form of “needing my medicine” even after the acute medical condition has passed. Think about the woman who at sixty-five has been taking cough medicine with codeine every night for twenty years, or the thirty-five year old man who never stopped taking his stimulants for ADD that he was given as a teen.

2. Are they drinking or taking drugs to effect a result?

After a stressful day, you might need to relax and unwind to transition from work or school to home. But what if that relaxation requires a chemical substance of some kind? Is there always a cocktail before dinner, or smoking a joint as soon as they get home? Do they need that drink or that smoke in order to function?

Further, do you know that your loved one is taking drug or using alcohol for euphoric effect? If so, these are indications that emotional or psychological functions have become dependent on drugs or alcohol.

What happens when the addicted behavior can’t occur? If there is no wine in the house to have with dinner is dinner held up while someone goes to get the wine? If the prescription bottle is empty what happens? Is there a mood change, irritability, panic, or anger? Is it important to make sure that there is always a supply available of whatever it is that is used?

Hidden Addictions Are a Slow Poison

The truth is there are many more functional addicts in the world than the stereotype of someone with a substance abuse problem. Because the problem has not reached a crisis point we have a hard time identifying exactly what the problem is. But functional addiction can be a slow poison for the people who live around it, certainly no less damaging than living with someone who is not functional it is just hidden, silent and too often unaddressed.

How to Help an Addict

If you feel like a loved one is dependent on drugs or alcohol you can try to address your concerns with them. If they aren’t willing to hear that, or simply don’t agree that doesn’t mean there isn’t a problem, it just means that you have to focus on taking care of yourself. Get the support you need to cope with the truth of the situation, and make sure you have the tools you need to stay safe, sane and well cared for, regardless of what the people around you might be doing! Some people whom you can reach out for help include:

Call us at one of the numbers below to start a conversation about how we can help you.