Home / EHN Blogs / KEEP IT SIMPLE: A mainstay slogan for addiction recovery, but one with time tested roots

KEEP IT SIMPLE: A mainstay slogan for addiction recovery, but one with time tested roots 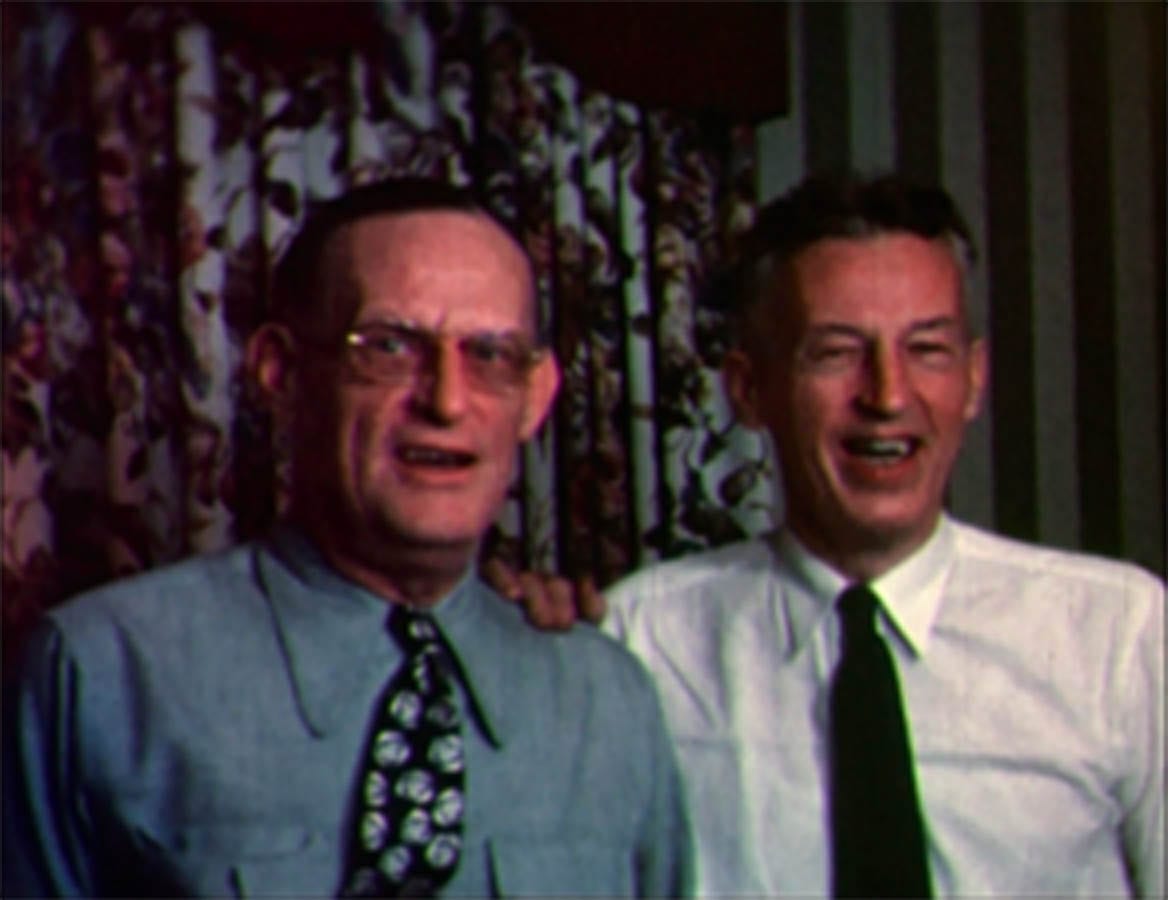 Leonardo da Vinci is often credited with saying that simplicity is the ultimate sophistication.

Albert Einstein put it this way: If you can’t explain it to a six year old, you don’t understand it yourself.

The message behind both? Keep it simple.

The history of recovery from addiction tells us that if ever there were two men who had reason to be losing their minds to sophisticated chaos, it was William Griffith Wilson and Robert Holbrook Smith.

The two co-founders of Alcoholics Anonymous (pictured above) launched an anything-but-simple, volunteer, not-for-profit organization with no rules and no president. Through growing pains, which included rejections, salutations, anonymity breaks, scientific and religious praise and plenty of scathing reviews, too, there was nothing simple about it. With membership including rubbies, rummies, pill-poppers, atheists, agnostics and mentally disordered crackpots from all walks of life, it wasn’t exactly a recipe for success. Yet, somehow, though they didn’t get to see the current version, the baby which Dr. Bob and Bill W. birthed blossomed to over 2 million members around the world.

Yet, as complicated as the story of A.A. has been, the Keep It Simple slogan has become closely associated with the fellowship that has saved countless lives.

Variations of the Keep It Simple term were not invented by da Vinci (1452-1519) nor the A.A. co-founders, of course. They weren’t claimed to be. The concepts and origins of the value of simplicity are thousands of years old. Around the year AD 55, the Apostle Paul wrote in 2 Corinthians 11:3, “But I fear, lest somehow the serpent deceived Eve by his craftiness, so your minds may be corrupted from the simplicity that is in Christ.”

Half a century before that, in 551 BC, the great Chinese teacher, Confucius, had this to say: “Life is really simple, but we insist on making it complicated.” He also advised to “Keep it simple and focus on what matters. Don’t let yourself be overwhelmed.”

So, the idea of keeping things simple has long been in the lexicon of mankind’s languages. Contemporary advocates of keeping things simple included the prolific author Tom Clancy, whose complicated novels included The Hunt for Red October and Clear and Present Danger. Though his stories were teeming with complex political and military intrigue, the writing of the books themselves required a whole lot of simplicity.

“I do not over-intellectualize the production process,” he once said. “I try to keep it simple: Tell the damned story.”

One look at the online store eBay will tell you how popular the slogan Keep it Simple is; Judge Judy Sheindlin wrote a book titled Keep it Simple Stupid about amusing true crime cases. Keep It Simple was also the name of books from Weight Watchers, gardening buffs, breast feeders and even NFL quarterbacks – Terry Bradshaw wrote Keep It Simple in 2002.

It’s a pretty flexible slogan. In the 1960s United States Navy, Keep It Simple was a design principle advocated for weapons systems. Their Keep It Simple, Stupid (KISS) acronym was a way of saying most things work better if made simple instead of complicated. According to Wikipedia, lead engineer Kelly Johnson was credited with coining the saying after handing a team of aircraft designers a handful of tools and explaining that, under combat conditions, the average mechanic had to be able to make repairs with just the barest of equipment at his or her disposal.

To those who owe their lives to the fellowships of recovery, the term Keep It Simple comes with some serious historical 12 Step cache. It’s one of the most revered sayings in the history of Alcoholics Anonymous.

It goes back to at least two instances of note, both involving the co-founders.

The first happened in the summer of 1950. Dr. Bob Smith was dying of colon cancer. Alcoholics Anonymous was hosting its first ever International Convention, in Cleveland, Ohio, just an hour’s drive from Dr. Bob’s home in Akron. Many thought he was too sick to speak at the event.

“All he said was, ‘I’m tired. Please excuse me if I don’t talk,’” Al recalled in the A.A. book Dr. Bob and the Good Oldtimers. “I didn’t think he was going to make it.”

Nonetheless, though he had been bedridden for five of the past seven months, Dr. Bob steadfastly stood at the podium in front of 3,000 people on July 30th for his farewell talk to A.A. members.

In a speech which lasted mere moments, he explained how he could not miss this first convention. And he shared on the slogan on which this story is based.

“There are two or three things that flashed into my mind on which it would be fitting to lay a little emphasis,” he said to a hushed crowd. “One is the simplicity of our program. Let’s not louse it up with Freudian complexes and things that are interesting to the scientific mind, but have very little to do with our actual A.A. work,” he said. “Our 12 Steps, when simmered down to the last, resolve themselves into the words ‘love’ and ‘service’. We understand what love is, and we understand what service is. So let’s bear those two things in mind.”

Seeing the man who had saved so many lives in that condition was not an easy sight, the book reports.

“As he finished, those who watched could easily see that the exertion of saying the brief words had left him physically weak and spent. Try as he would, he was forced to leave. In consternation, thousands of eyes followed him as he left the stage.”

The second moment of clarity, as far as Keep It Simple goes, happened when Bill Wilson, the other co-founder, got a final up-close and personal sense of Dr. Bob’s energy a few weeks later when he went up to Akron to see his old friend. Wilson was forever struck by the vision of his peer dying.

In his book, Alcoholics Anonymous Comes of Age, written in 1957, Wilson recalled that final meeting, when he and the doctor agreed that an annual conference featuring sober A.A. delegates from around the world was the way to lead the fellowship into the future.

“A few hours later I took my leave of Dr. Bob, knowing that the following week he was to undergo a very serious operation,” he writes on page 214. “Neither of us dared say what was in our hearts. We both knew that this might well be the last decision that we would ever make together.”

“I went down the steps and then turned to look back. Bob stood in the doorway, tall and upright as ever. Some color had come back to his cheeks, and he was carefully dressed in a light gray suit. This was my partner, the man with whom I never had a hard word. The wonderful, old, broad smile was on his face as he said almost jokingly, “Remember, Bill, let’s not louse this thing up. Let’s keep it simple!” I turned away, unable to say a word. That was the last time I ever saw him.”

In closing, Keep It Simple was a classic Dr. Bob saying. He urged members to stay away from overanalyzing the program, and to stick to love and service and spiritual matters as the answer to their dilemma.