My Recovery At Donwood: Paul’s Story 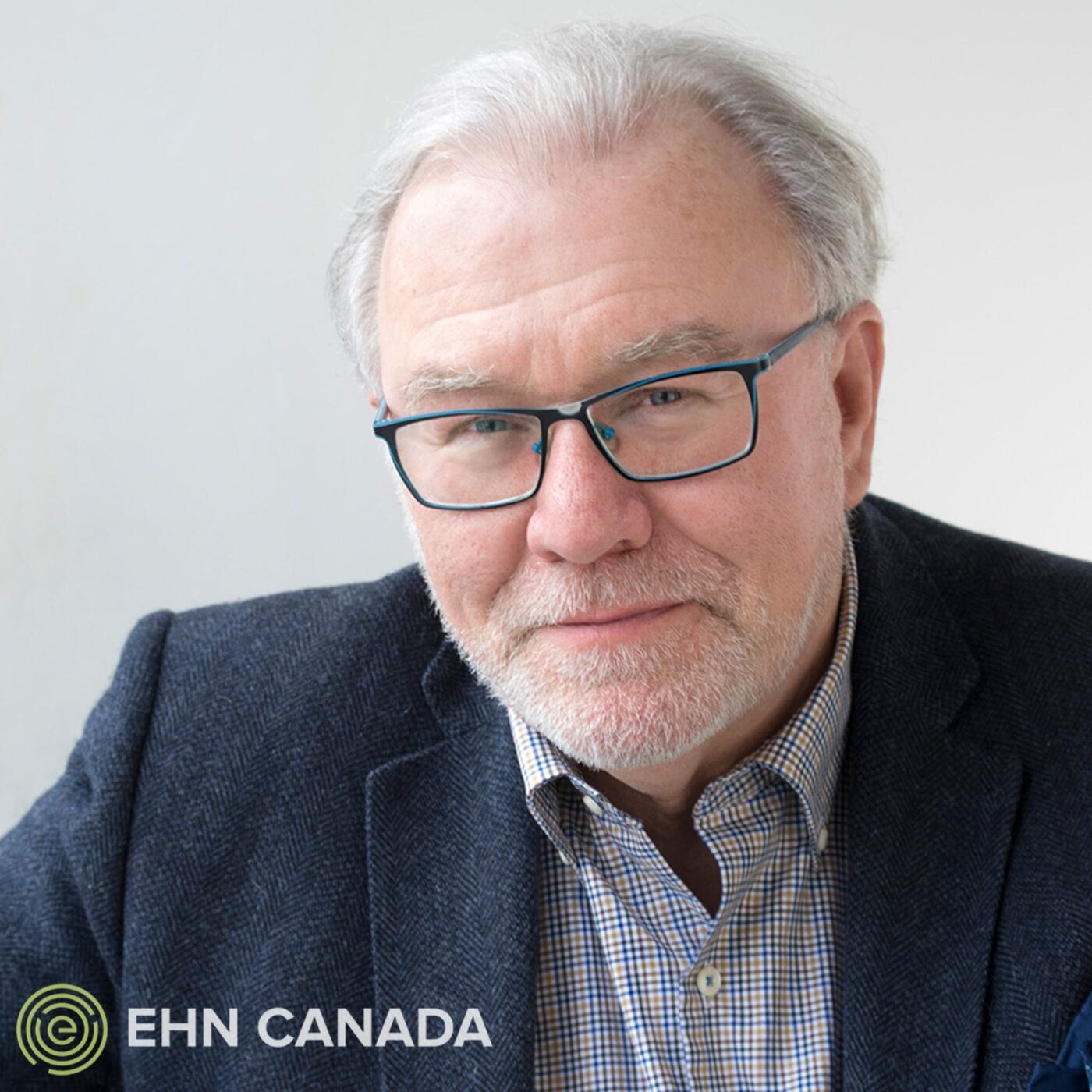 Paul Dilworth is a Toronto-based social worker with a private practice focusing on addiction. Paul attended Donwood, Dr. Bell’s publicly-funded addiction treatment facility, and today refers his clients to Bellwood for treatment. He has been in recovery for 26 years.

I have been a client of Donwood three times for two addictions: alcohol and nicotine. My story begins in 1983. I was a senior social worker at a treatment centre for adult offenders. My drinking had gotten really bad. I would leave work, drive home, stop at a bar, stop at the liquor store, go home, order pizza, go to bed, and get up to go to work. This life continued for about two years, six days a week—Sunday was getting sober day. I had no friends, my apartment was a mess, and I was deeply in debt.

People were noticing at work. I took a huge amount of sick days. I would show up unshaven, shirt wrinkled or reeking of that hangover smell, shaky, and over-reactive. Here was an active alcoholic showing up for work at an institution where substance use disorder treatment was part of the program. Worse, I had gone to school to help others deal with problems like mine and I was doing nothing about my own addiction. The chief social worker took me aside and told me I had to do something. She was nice and composed but her tone was deadly firm. That is how I discovered Donwood Institute.

My Friendship With Alcohol

I had tried alcohol at 15 and I fell in love. When I drank, my troubles went away and I could live in a wonderful world. I continued with my education, got a BA and an MSW [Master of Social Work degree] and became a social worker.

I had been around rehab for many years. Under duress at twenty-two, I sought counselling at the Addiction Research Foundation. I did not want to stop drinking at that time. The arresting police officer at my second DUI was an Alcoholics Anonymous (AA) member and took me to my first meeting. AA was a good experience. I enjoyed the fellowship, got sponsors and received my first-year medallion, which I still have to this day. I relapsed after three years, had my third DUI, went back to AA and got a second medallion.  I relapsed again, which takes me to entering Donwood.

Even though my life was falling apart and I was in danger of losing a great employment opportunity, I was not ready to give up my friend. I had already begun to weave those alcoholic rationalizations—that Donwood would be a hospital, full of judgmental staff who would not understand. In reality, Donwood helped me achieve a better recovery and totally ruined any future enjoyment of alcohol. You could say it broke us up!

In 1983, Donwood was a little L-shaped building and about three or four portables standing where the new wing was to be built. It looked as if a weird little part of Sunnybrook, the nearby hospital, had blown off to settle beside what seemed like the remains of an old army base. My first day was admission and orientation day. I was going to be a member of a 15-day outpatient program. Our program was individualized but we also engaged in a number of group activities.

I filled out some forms, had a physical exam and a very friendly, efficient and no-nonsense nurse gave me my first Antabuse pill and ensured it was swallowed. This routine happened every morning as an outpatient: Antabuse was given orally under supervision. It was to keep you honest while you were an outpatient as it made you really sick if you drank.

We went on a tour and had lunch—the food was amazing. I attended an orientation session led by a very friendly woman with one of those personalities that light up rooms, and a man with a kind, soft professorial manner who was in recovery after many years of a seven-days-a-week, two-bottles-of-brandy-a-day lifestyle. He looked pretty healthy, considering. I sat next to a really likeable woman who had a couple of kids and she was sweating and trembling all the time. She came from the inpatient unit, or “Happy Valley” as it was called, and she was trying to come off prescription Valium and alcohol. People from Happy Valley were quite physically addicted and needed medication to lessen their withdrawal symptoms. I do not know whether the inpatient unit was really that happy, but it served a very necessary purpose.

I found out later that all the staff I had encountered that day, including some working in the cafeteria, were in recovery. I was talking to a tall man who was in my group for alcohol and cocaine addiction and he expressed his skepticism at the idea of people in recovery providing counselling to Donwood patients, even though the staff was well trained.

Why the Staff Were in Recovery, too

I realized why the staff were there when I saw the nurse gently and reassuringly settle the agitated woman from Happy Valley, or the light-up-the-room woman reassure the man who had lost it all through cocaine that he could rebuild his life one step at a time. Or the professorial man look at me knowingly and kindly when I was not being honest with myself in group. These people had combined their knowledge from their addiction with their professional expertise to become formidable and qualified helpers.

Hiring staff in recovery was one of the biggest strengths of Donwood and remains a tradition to this day. It is not realistic for every professional working there to be in recovery and the ones who are not are equally as kind, respectful, and humble enough to learn from their clients. There is a story that Dr. Gordon Bell, founder of Donwood, purposely addicted himself to morphine to experience how physical recovery felt. He could then better understand his patients. That kind of passion and commitment sets this place apart, even after Dr. Bell’s passing.

Another strength of Donwood was its biopsychosocial approach. You might have a genetic predisposition to addiction, but your environment has shaped you as well. You are medicating away your pain; you must learn, in recovery, to deal differently with your emotions and change your thinking. For someone like me who needs to have answers, the approach was logical, constructive, had a direction, and it was non-judgmental.

My alcohol and drug consumption was an attempt to regulate my emotions and thoughts. To provide me with an alternative, I was taught new skills to manage my emotions, relaxation techniques, and methods that we know today as cognitive behavioural therapy. Regular discussion of my life and my struggles was encouraged as a safety valve to release pent-up fear, hurt, anger, and unproductive thinking that I formerly tried to drink away.

I called the approach scientific. Now it would be considered evidence-based. Whatever we call it, it has worked for me. I still struggled with being totally honest with myself, relapsed a little, went back to Donwood for a short refresher and stayed sober for a while. I started to see a counsellor regularly after I left Donwood and discussions with her, combined with Donwood’s aftercare groups, helped my recovery.

Life in Recovery is Good

My recovery was gradual and the drinking episodes were less extreme and less frequent. I finally stopped when my wife was pregnant with our son and I have not used alcohol for 26 years. As I said before, Donwood ruined my love affair with alcohol. It broke us up. I went back to Donwood 12 years ago to stop smoking and I no longer smoke.

I have a good life and I do not need alcohol to make it good. I am happily married, have a great son, great relatives and have maintained a full-time private counselling practice in Toronto. Donwood taught me a number of things that I value in my practice: your life experiences are as important in helping people as your education; be humble and learn from your clients; under all their difficult behaviour, people are good and want to be on good terms with the world; people are resourceful and incredibly resilient; mental health is not a mystery or rocket science; problems have a cause and solution and clients need to know that; humans are social creatures and communication is a must for a healthier and happier life. Change is about accepting your pain, keeping your eye on the prize and persevering. We have a fair amount of control over our destiny.