My Second Coming Out: EHN Alumnus talks recovery in the LGBTQ+ community 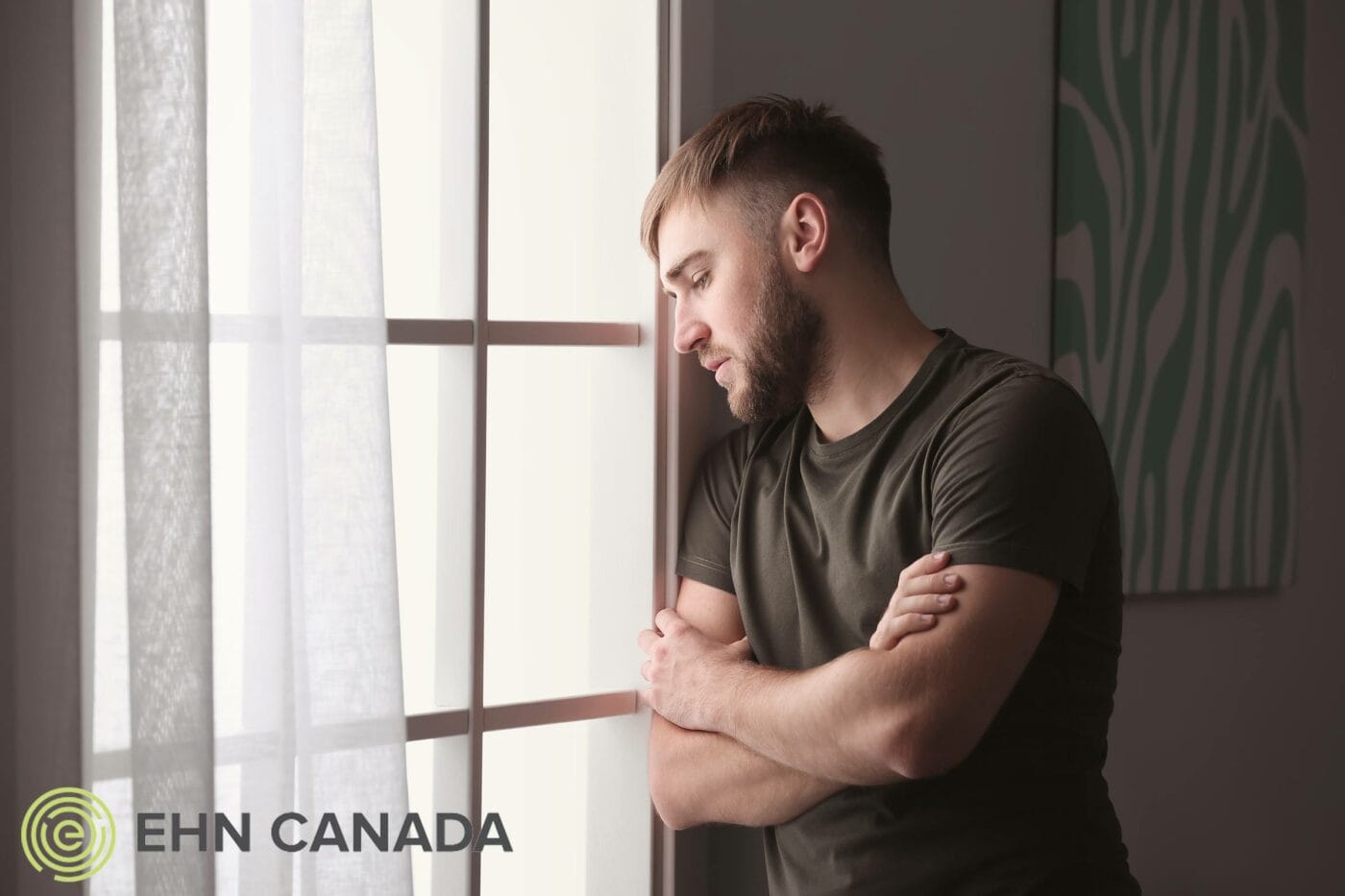 This article was originally published in Van Pride Magazine in July 2021.

After coming out as gay at age 20, Trevor spent the next two decades struggling with addiction. Now, after completing a recovery program at Edgewood Treatment Centre,, he is ready to talk about coming back from the brink.

Trevor was a 43-year-old, living in Toronto, with a successful career at a top Canadian company. But at the same time, he was addicted to drugs for more than 20 years. “Drugs have always been a part of my gay adult life,” Trevor says, now back in his native Calgary. “It started with booze, and then straight into cocaine. So, I’ve used off and on for the past 25 years.”

The beginning of his story is a familiar one to the LGBTQ+ community: the sense of not belonging. He reflects on his Alberta upbringing, “Growing up in Calgary, it’s very white, very ‘cowboy,’ very conservative, very unsafe in my mind. I used to have people drive by, roll down the window, and call me faggot. That kind of stuff.”

And like many before and after him, Trevor sought out the safety and kinship of the local gay scene. “The only time I felt safe and comfortable was when I went to the gay bar. That was where I found my community,” he says.

But a sense of community wasn’t always enough, and like any bar, drugs and alcohol were de rigueur. “I don’t know if I’ve been in a gay bar around the world where drugs haven’t been available. It’s just another way to let go, to belong, to feel great, to escape.”

I COULDN’T GET ENOUGH OF IT

Trevor made the move from Calgary to Toronto to begin his career, and alcohol, then cocaine, became a regular part of his life, but a stressful job and an unhappy relationship marked a turning point. He explains, “Two years ago, my life became super unmanageable. I got reintroduced to cocaine. I hadn’t used it for about six years. But they say when you stop using and then start again, the addiction picks right back up where you left off.

“I did it at a party…and I couldn’t get enough of it. I was using every day for two years, a mixture of booze, cocaine, and marijuana, because the cocaine wasn’t working anymore.” Trevor described how desperate his situation became, saying “The escapism wasn’t there anymore, but at that point I just needed to have it. It was the ritual; it became my best friend.”

A MATTER OF LIFE OR DEATH

As was the case for many others like him, the pandemic and stay-home orders only intensified his drug use. Trevor explains, “When COVID hit, it made it even easier for me to do. I didn’t have to have my camera on for work. I stopped drinking, and I just started doing cocaine all the time. I would sit there with heart palpitations and think ‘This is it. This is it.’ and as soon as they went down, I would shovel in more cocaine.”

With his addiction getting worse, he knew he had to do something, but his initial attempts to get help or even decrease his usage didn’t work: “I tried to reach out to my employer through the Employee Assistance Program. And they failed me miserably. I moved in with my best friend, thinking I wouldn’t do it if was with him, because he doesn’t do it. That didn’t work. In October, I came back to Calgary and I stayed with my parents, because I thought I wouldn’t use around them. That didn’t work. And finally, by January, I had the courage to say I couldn’t manage my own life anymore. It was a matter of life and death at that point.”

Coming out as LGBTQ+ is never easy, and that same stigma exists for those coming out to reveal struggles with addiction or mental health. Trevor felt that same trepidation. “Nobody in my entire circle knew at all that I was using,” he says. “I told one friend who I hadn’t seen in 15 years. She said ‘I’m going to tell your parents.’ So I sat my parents down, just like I did when I came out to them. It did feel like coming out again, but different because I wasn’t worried about losing them. I didn’t have any shame, like I did when I came out as gay.”

But luckily for him, he was met with only understanding and a desire to help from his father and stepmother: “They were nothing but supportive; they had a little self-blame. Like maybe they could’ve seen me struggling or looking for help.”

Trevor knew his next step was an inpatient program, but being surrounded by fellow patients who could understand where he was coming from was essential to him. “I just wanted to be comfortable,” he says. “To know the struggles of being a gay man growing up, not being accepted, abuse, trauma. If there’s an edge where I can feel more comfortable, then all the better—to be able to be my authentic self right away.

“I did a lot of research and Edgewood [in Nanaimo, BC] kept coming up as the best option. I remember there
being a rainbow flag on the website. That was super important to me—the acknowledgment that addicts are the same but there are different struggles within different groups.”

Edgewood, part of the EHN Canada network, group therapy sessions designed  just for LGBTQ+ people in recovery. The goal is to help them feel comfortable sharing their experiences with staff who are themselves part of the community or allies, along with other LGBTQ+ patients in group settings.

“It’s really hard to trust someone who hasn’t walked in your shoes,” Trevor says. “Some of the people in treatment with me are now my best recovery friends, and we talk to each other on a daily basis. It felt really good to belong.”

“January 29th was my clean date,” Trevor proudly states after 8 weeks of treatment. “I feel amazing. It is really rewarding to wake up and have something to look forward to for a change. Edgewood gave that back to me.” Now Trevor is facing perhaps an equally daunting challenge: the dating scene. “I have to go on a date without having a martini!?” he jokes. “It’s scary.”

Facing a re-entry into social life with sobriety is new to Trevor, but he isn’t alone. More and more members of the LGBTQ+ community are working to change their relationships with drugs and alcohol. Across Canada, Pride events, once solely the domain of beer and vodka sponsors, now often include dry events and safe spaces for those in recovery.

If you’d like to learn more about our online treatment and support options, please call us at 1-866-926-0424 or visit ehnonline.ca.