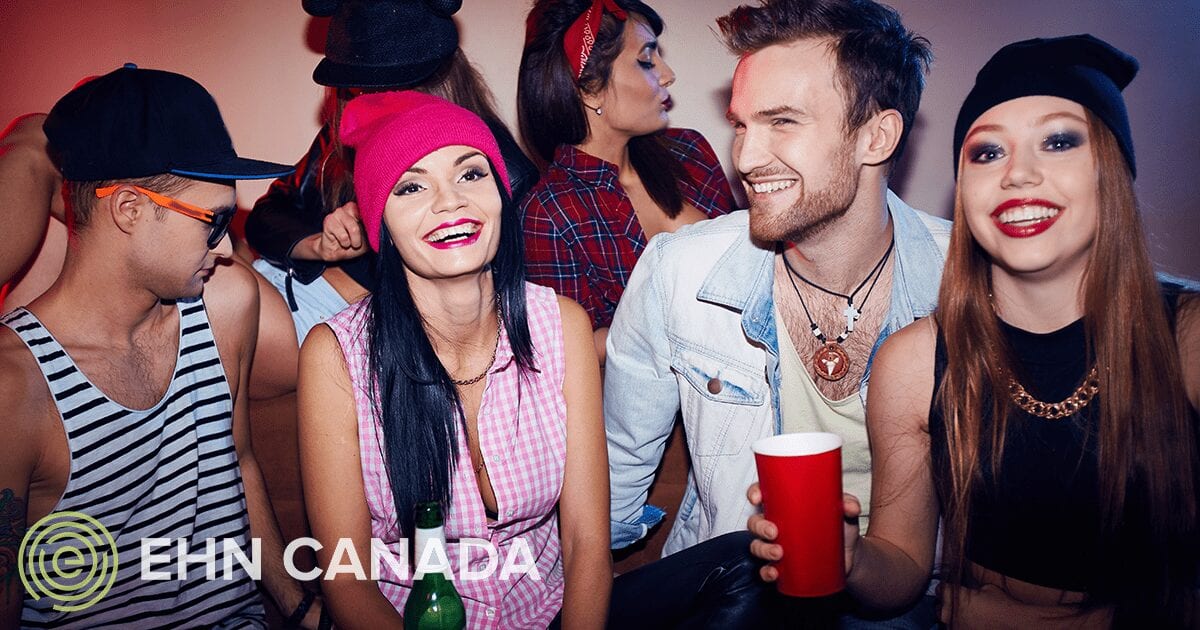 Historically, university campuses have had high rates of binge drinking and drug use, and university students are a high-risk population for developing drinking problems and drug addictions. University students who are members of a fraternity or a sorority, who live on campus, or who are college athletes, are at particularly high risk. If your son or daughter is a university student, you should be aware of the potential warning signs that they may have a substance use disorder.

Significant changes in behaviour can often be signs of a substance use disorder. These can include the following:

Keep in mind that the above may also be symptoms of an undiagnosed mood or anxiety disorder.

Chronic substance use disorders can often suppress the immune system resulting in frequent illness. More specifically, many drugs that are smoked or insufflated can lead to respiratory diseases. If your son or daughter is getting sick more often than usual, it could be a sign of a substance use disorder.

Individuals with substance use disorders, for a variety of reasons, often don’t eat healthy. This may result in malnutrition, which in addition to increasing their chances of getting sick, can result in significant changes in weight. Either weight loss, from not eating enough, or weight gain, from binge eating, can be signs that your son or daughter has a substance use disorder.

Many students experience a small decline in their grades from their last year in high school to their first year in university. However, a dramatic drop in academic performance could possibly be the consequence of a substance use disorder. If your son or daughter finished their first year of university with A’s, but they barely passed their second year, this could be a sign that they have a serious drug problem.

While it’s natural to pick up new activities in university, if your son or daughter loses interest in many activities that they previously enjoyed, this could be a warning sign of a substance use disorder.

Similarly, it’s natural for them to develop new friendships, especially if they move away to another city for university. However, if your son or daughter starts neglecting many of their established, close friendships and is spending a lot of time with with new, and especially older crowds, this might be a sign that they have a substance use disorder.

If your son or daughter is evasive or reluctant to talk to you about their new activities or friends, this may be an additional warning sign.

While some kids in university can spend a lot of money on expensive but harmless indulgences, a constant and inexplicable need for money, in combination with the signs above, could be additional evidence that they have a substance use disorder. Similarly, money or valuables going missing around your home could also be another sign.

(6) Direct Signs of Drug Use

Drugs such as cannabis have a distinctive odour—with which most Canadians, by now, are probably familiar. If your son or daughter frequently smells like cannabis smoke, this is probably reasonable grounds for having a conversation with them about it.

Drug paraphernalia such as rolling papers, glass pipes, syringes, and burnt teaspoons are also signs of drug use. If you find any of these among your son’s or daughter’s possessions, you should ask them about it. Keep in mind, however, that rolling papers may also be used for smoking tobacco. How to Talk About It

If you suspect that your son or daughter has a substance use disorder, the first step towards getting them help through an evidence-based drug rehab program is having a conversation with them. Be sure to approach the topic with a non-judgmental and non-accusatory tone. Emphasize that you’re not trying to get a confession from them so that you can punish them. Make sure that they understand that you want to help them get treatment so that they can get better as quickly as possible.