Substance Use Disorder is a Brain Disease

Addiction or what is technically referred to as Substance Use Disorder (SUD) is classified in the Diagnostic and Statistical Manual of Mental Disorders-5th edition (DSM-5) as a disease, and as such is:

Research has shown that SUD often has its origins in a genetic predisposition. This means that it is more likely than not that someone who develops an SUD has a first degree relative that has also struggled with addiction. While genetics may set the stage for the possibility of developing chemical dependency, it is more likely to occur in the context of psychological and social factors such as having a co-occurring mental illness, being isolated, having been traumatized or having been raised in a neglectful family situation. 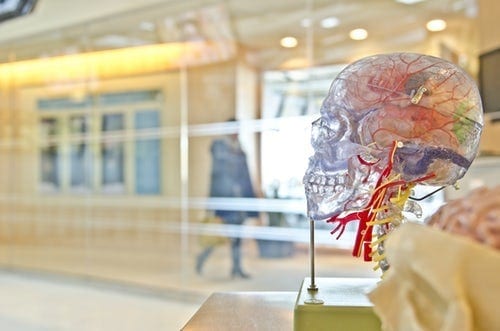 It has long been established that chronic use of alcohol and other substances dramatically alters the structure and chemistry of the brain. Specifically, substance use increases the release of dopamine which is a powerful chemical found naturally in the brain. Chronic drug and alcohol use creates an overabundance of dopamine in the brain which learns to compensate for the imbalance and eventually produces less dopamine endogenously (i.e. naturally). A dangerous feedback mechanism develops in SUD where the brain actually craves or needs drugs or alcohol in order to produce dopamine to feel “normal.” This explains why people who develop a dependence on drugs or alcohol actually require more and more of the substance to achieve a “high.” This phenomenon is called “tolerance.”

The disease process of addiction takes place in an area of the brain known as the “reward center,” the same place that creates a natural drive for things like food and sex. People with SUD literally come to pursue alcohol or drugs as if these substances were needed to survive. Often friends and family can’t understand how a person with SUD can place higher priority on alcohol or drugs than almost anything else in their lives; addiction is literally the brain in survival mode. People who develop SUD are no longer able use alcohol and drugs like others but can get well and stay well with the right evidence based treatments. Because SUD is considered a chronic disease, on-going management is considered essential because people with addiction will always remain vulnerable to relapse without the right supports in place.

Find out more about Edgewood Programs such as the Inpatient care or Extended Care.