The Man in the Mirror: Counsellor Sergio’s Story 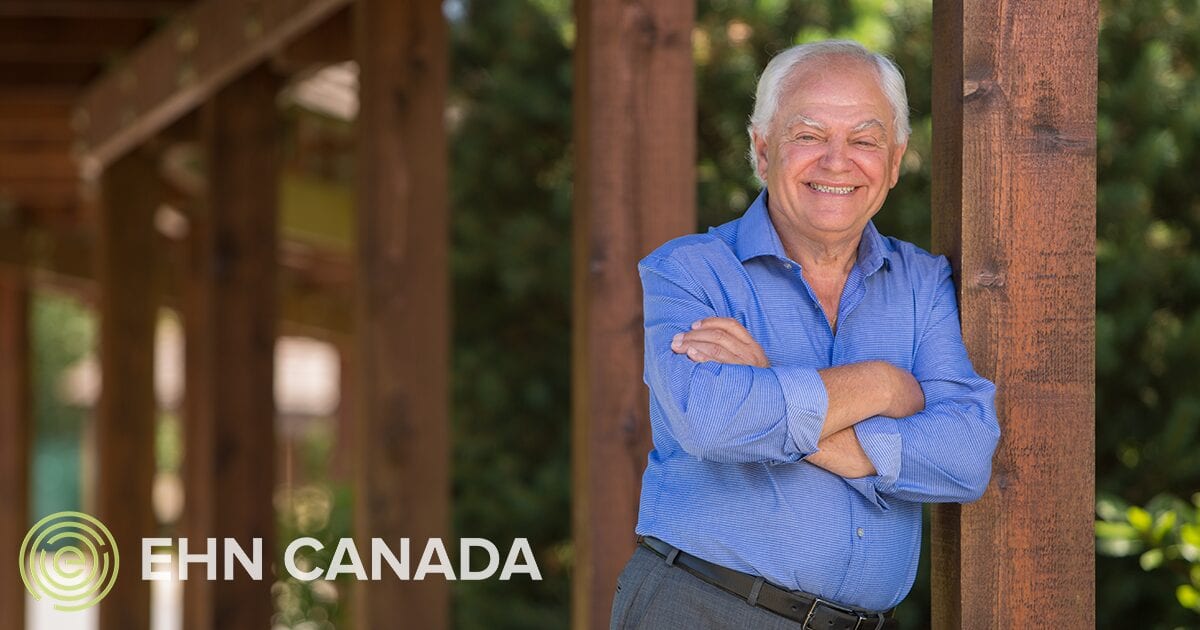 From his distinguished bearing, cherubic face, and piercing blue eyes, Sergio is the picture of good health. But don’t let his baby blues fool you—once upon a time, Edgewood’s favourite counsellor was a troubled man indeed. Born in Montreal, Sergio comes from a long line of alcoholics. Trauma touched his life at an early age when his father passed away. He can still remember his mother’s screams and the many relatives visiting his home, wailing as they viewed his father’s body. Sergio’s father died from alcoholism. So did Sergio’s grandfather.

As a child, Sergio didn’t know words like “alcoholism” or “addiction”—he just knew that something inside him was missing. Sergio describes the missing piece as a void that he tried to fill with money, women, material things, and drinking. But nothing worked and the void remained. In Sergio’s attempt to fill the emptiness he felt inside, he hurt many people. He was ashamed of the man he saw in the mirror. Sergio grew sick and tired of the life he was living and sought help.

Sergio admits sobriety hasn’t always been easy. Luckily, he found a good sponsor and followed his sponsor’s suggestions. Sergio says he longed for connection, but struggled with healthy relationships. Six years into his sobriety, he met a woman and fell in love. Sergio and his new love moved from Montreal to Vancouver. He left his family and friends to start a new life away from everyone he knew. A few months into their relationship, Sergio’s partner told him that she didn’t love him anymore. Sergio says it felt like someone stuck a knife in his heart. He felt betrayed, confused, and alone.

He laid in bed and didn’t want to get up. On the phone, Sergio’s sponsor urged him to action with the following words: “God hasn’t brought you this far so you can stay in bed.” With his sponsor’s words ringing in his ears, Sergio dragged himself out of bed and went to an aftercare meeting. There, he says, he opened up, sharing his pain and his tears. During this time, Sergio attended Vancouver College where he got his certification in addiction. He worked at a recovery house and loved helping the patients. Sergio says he made a life for himself by helping other people.

Every year Sergio went back to Montreal to visit his family. He called home frequently, and when he did, he felt guilty—like a naughty little boy. Sergio’s sponsor told him that he must detach himself from his family due to the chaos and drama it brought into his life.

The last time Sergio saw his mother she couldn’t talk. She was in the hospital, dying. All his life Sergio’s mother feared for him, but on this visit, she squeezed his hand. At that moment Sergio says his mother knew he would be okay. She felt proud of him and could let go. A few days later, Sergio’s mother passed away.

Sergio says his mother played an essential role in his sobriety. While in treatment, he wanted to leave many times, but he made a promise to his mother that he would stay. Instead of running away, Sergio completed treatment and dealt with the wreckage from his past.

Sergio says he’s grateful to be alive and celebrating thirty years clean and sober. During this time he’s been blessed to work with many people. Lately, though, Sergio felt as though something was missing. He called his sponsor and did some soul-searching. Sergio asked himself, “what kind of man do I want to be? What are my values?” At 71 years of age, Sergio worried about the future, retirement, and money. He says he felt fearful, and after thirty years of sobriety, the void was back.

Then Sergio got the scare of his life. He was diagnosed with type two diabetes, which he addressed by eating healthier and exercising. Sergio got blood tests every three months and saw his doctor regularly. Everything seemed to be fine, but in July of 2018, his doctor asked him to see a specialist for a stress test. While Sergio was walking on the machine, the specialist saw something that concerned him. The specialist asked Sergio to make an appointment with his doctor and bring along his life partner (to whom Sergio refers as “Sweetie”).

Sergio’s doctor told him he needed an angiogram. But Sergio didn’t believe he was sick. He knew the doctor meant well, but he was convinced that he knew his body better than anyone else did. Sergio’s Sweetie didn’t agree with him though—she told Sergio he had nothing to lose by seeing the specialist.

Sergio made the appointment and went through with the procedure. He was laying on the hospital bed when he got the shock of his life. The specialist told Sergio that he had three blocked arteries to his heart. One artery was ninety percent blocked, and the other two were at seventy percent. Sergio started praying. He recognized his arrogance in believing that he knew better than the professionals. Sergio says denial is a powerful thing and that the only reason he went to see the specialist was to appease his Sweetie.

Sergio was afraid and didn’t know what to do. The doctor told him that he needed surgery to place stents in his arteries. His Sweetie came into the recovery room to help him make the decision. Sergio called his sponsor, the man he’d trusted with his life for thirty years. Taking a positive perspective, his sponsor told him that he was a blessed man: some people died from a stroke or heart attack without ever knowing they had blocked arteries. Two days later, Sergio had the surgery. In the postoperative room, the doctor told him the procedure went well, and he was on the road to recovery.

Sergio likes to tell people he’s been in treatment for eighteen years, that’s how long he’s worked at Edgewood. He never asks his patients to do anything that he wouldn’t be willing to do himself. Sergio says it doesn’t matter how much time you have in recovery. You can have everything money can buy, but if you don’t feel good about yourself—then you have nothing.

As for his thirty years of sobriety, Sergio gives thanks to God, his sponsor, the fellowship of Alcoholics Anonymous, and to Sweetie. He says the void is gone. Today Sergio looks in the mirror and likes the man he sees.