The Opioid Crisis and Medication Assisted Treatment for Detox and Rehab 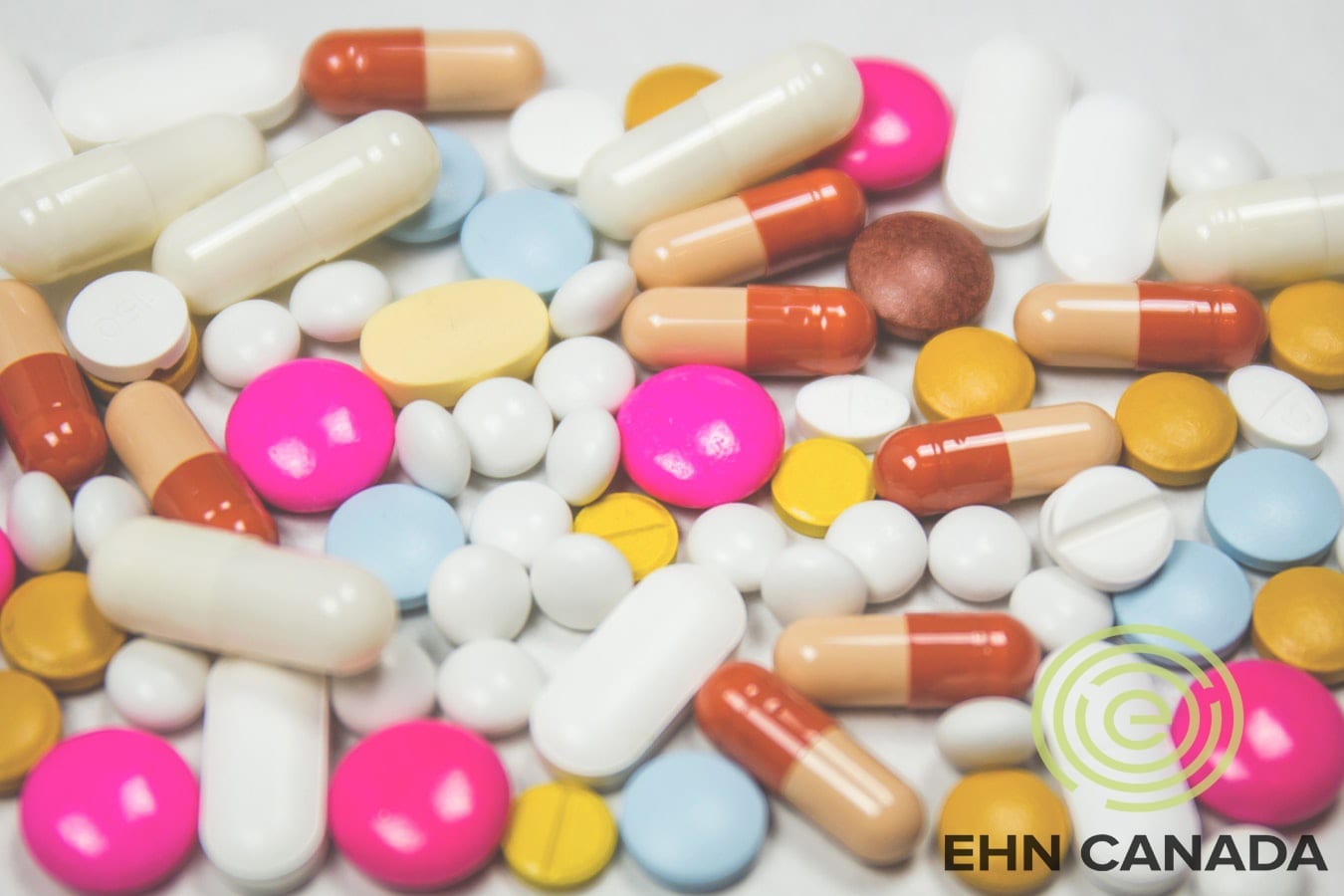 Health Canada and the BC Government have described opioid use and the resulting deaths as an epidemic. Indeed, Canada has the highest rate of prescription opioid use in the world and BC has the highest number of opioid overdose deaths in the country. The city of Vancouver has issued the following statement:

While various harm reduction efforts have been, and continue to be, hugely successful in saving lives, the situation will only really improve with intensified efforts on expanded outreach and harm reduction, a clean drug supply, a diversity of longer-term treatment options, and access to other social services.

What You Should Know About Opioid Use Disorder (OUD)

As declared by Health Canada, we are in the midst of an opioid crisis and have lost over 3000 victims to opioid overdose in 2017 alone. It is widely accepted that this opioid crisis has resulted from the over-prescribing of prescription medications, the widespread availability of potent opioids such as fentanyl and carfentanil, limited access to appropriate detox services and addiction rehab, and the lack of a timely and comprehensive public health strategy.

“Opioids” refer to natural painkillers derived from the poppy plant and similar synthetic medications. Doctors typically prescribe opioids to clients when they experience acute pain, often as a result of injury, accidents, or medical procedures. Opioids are also used in cancer treatment for chronic pain. Some well know opioids include:

To be diagnosed with Opioid Use Disorder (OUD), individuals must meet certain criteria outlined in the Diagnostic and Statistical Manual of Mental Disorders (DSM). According to the current version, DSM–5, anyone meeting any two of the eleven criteria during the same 12-month period receives a diagnosis of OUD. The severity of OUD—mild, moderate, or severe—is based on the number of criteria met.

How Do Opioids Work?

One of the reasons why opioids are so addictive is that our brains already contain and produce opioid neurotransmitters and so our brains contain opioid receptors. As one would expect, opioid drugs have a high affinity for the opioid receptors in our brains.

When people inject opioids like heroin or take opioid pills like Oxicodone, the opioid molecules travel to the brain bind to the opioid receptors. These receptors are located in the reward center of the brain and trigger feelings of intense pleasure or euphoria. These are feelings that would be normally triggered during naturally pleasuable experienes like eating, drinking, and sex.

Opiate use results in the release of dopamine into the brain’s reward center which produces pleasurable feelings. The problem is that opiates, like other drugs of abuse, trigger the release of dopamine in excess amounts, far beyond what is normal. The resulting “high” is a very powerful reinforcement; reinforcement to use again and again to achieve that intense pleasurable high.

The High associated with opiate use can be intensified when the drug is administered intravenously (like heroin) or by routes other than those prescribed or recommended. For example, the prescription painkiller OxyContin can be snorted or injected to enhance its euphoric effects.

Prolonged and increasingly higher doses of opiate drugs literally change the brain so that eventually it functions normally when the drug is present and abnormally when the drug is removed. This anatomical change in the brain results in drug tolerance (the need to take higher and higher amounts to achieve the same effect) and opioid dependence (susceptibility to withdrawal symptoms). That’s why it’s said that someone with opiate dependence uses the drug in order to just feel “normal.

Side Effects of Opioid Use

Anyone exposed to opiates will experience excess dopamine released in the reward center of their brains. Most people do not become addicted after taking opiates and many people can take prescription drugs like Oxycontin responsibly as prescribed The risk of abusing opiates is higher if “it runs in the family” and you have a genetic predisposition to addiction or if you have experienced a psychological trauma or social situations that have been damaging.

While the pharmaceutical industry and irresponsible prescription practices by physicians may be to blame for the Opiate Crisis, there has also been a dramatic increase in non-medical use of illicit opiates in Canada. Opiate use is on the rise, particularity in youth which has lead to an overdose epidemic.

Side effects of opioid use may include:

Signs and symptoms of opioid intoxication may include:

Withdrawal from opiates is typically characterized by symptoms of discomfort including severe physical and emotional symptoms and cravings for the drug. It is well known that the mere fear of withdrawal symptoms often keep people from seeking detox or rehab treatment for addiction. This avoidance leads to on-going use of the drug, increased tolerance and higher risk of overdose and death.

Withdrawal “detox” symptoms may include:

Even after an acute “detox” phase passes, people can experience more serious, long-term consequences of opiate withdrawal including serious mental health problems like depression and anxiety. In addition, cravings for the drug often last for months and contribute to the vulnerability people have to relapse particularly when confronted with stress or pain. The high risk of relapse we see in opiate users is accompanied by a high risk of accidental overdose and death. This is because a person who returns to the same dose after losing their tolerance to opiates risks overdose, respiratory suppression and death.

This risk of opiate overdose has become a defined crisis by Government largely due to the expanded access to very powerful opiates such as Fentanyl and Carfentanil. Fentanyl is a strong synthetic opiate typically administered to clients following surgery, to manage chronic pain or to produce sedation during medical procedures. Although similar in effect to morphine and heroin, Fentanyl is 50 to 100 times more potent. Carfentanil is an analog of Fentanyl and is 100 times more powerful than Fentanyl and 10,000 times more powerful than morphine. Both Fentanyl and Carfentanil have become widely known drugs of abuse and have contributed significantly to the Opioid Crisis and to unprecedented rates of overdose deaths across North America.

Medication Assisted Treatment (MAT) refers to any treatment for a Substance Use Disorder (SUD) that includes pharmacological intervention as part of a larger, more comprehensive addiction treatment plan. At EHN-Canada MAT involves the use of medications approved by Health Canada in combination with education, psychological counseling, behavioral therapies and peer support to provide a comprehensive, evidence based approach to care.

Medical professionals currently have three types of Medication Assisted Treatments or therapies (MATs) at their disposal for treating clients with SUD including Opioid Use Disorder (OUD). MAT options include:

Although methadone is commonly used to ease opioid withdrawal and has been an effective drug for many clients, EHN-Canada supports the use of Suboxone because most medical experts view Suboxone as a better alternative with fewer side effects and a significantly better client safety profile. There is also much less potential for misuse and overdose with Suboxone as compared to Methodone and it is far less complicated to administer and monitor. In addition, the use of Suboxone is in keeping with many clients’ goals of using Medication Assisted Treatment (MAT) for a transitional period as opposed to long-term, indefinite maintenance.

Because of the unique challenges in addressing opiate addiction, and because of its unique vulnerability to relapse, accidental overdose and death, EHN-Canada provides Medication Assisted Treatment (MAT) as an adjunct to psychological and behavioral therapies. This “holistic” clinical approach is supported by a high degree of scientific evidence, especially in the treatment of Opioid Use Disorder or opioid addiction. Because MAT helps decrease withdrawal symptoms and cravings, clients are better able to engage in treatment and focus on learning new skills and ways of relating to people, places and things that could trigger relapse. Indeed, with the support of evidence based psychological interventions such as Cognitive Behavioral Therapy (CBT) and Dialectical Behavior Therapy (DBT), clients have a much higher likelihood of achieving long-term recovery which may eventually include abstinence from drugs in many cases.