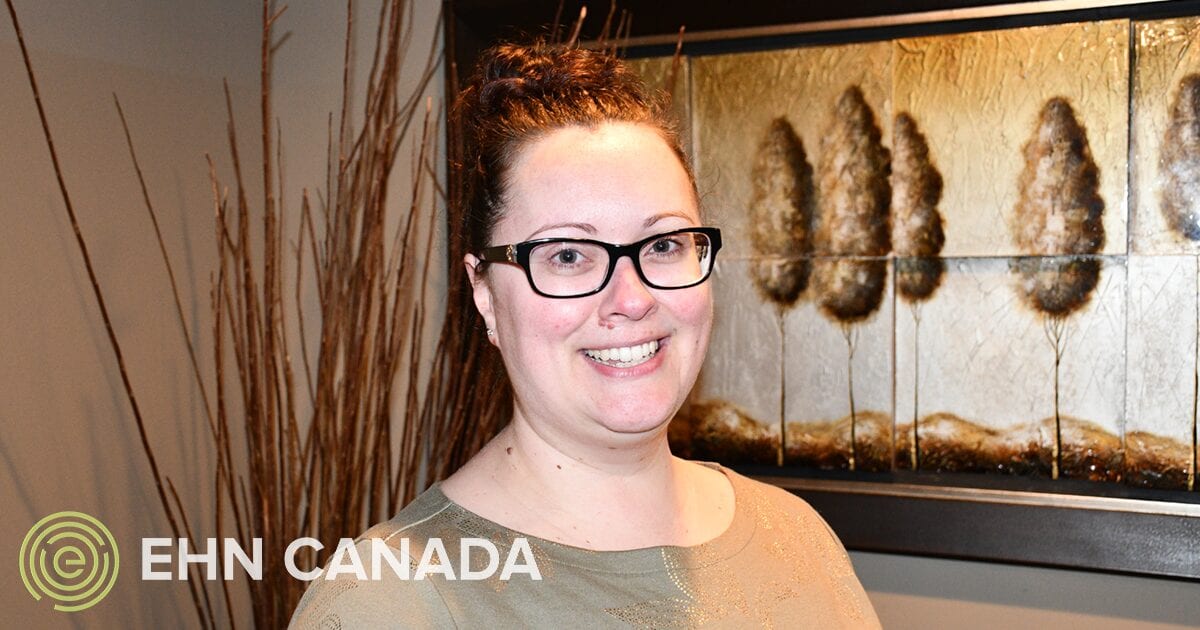 When Jaime was a little girl, her mother asked her what she wanted to be when she grew up. Jaime answered: I want to be me! Jaime didn’t know, then, that one day “being me” would mean helping people with addiction recovery in her role as counsellor. No one in Jaime’s family had an      alcohol or substance use disorder. Jaime admits to drinking in grade 12, but not much. In university, she had drinking weekends with friends, but then swore off alcohol. Over-drinking made Jaime feel hungover and depressed. She tried smoking marijuana but didn’t enjoy that either.

Although drugs and alcohol are not a big part of Jaime’s life, caring about people is. As long as she can remember Jaime wanted to be in a helping profession. In high school, Jaime advised her friends and volunteered in counselling roles at summer camps. Recognizing that she gravitated towards nurturing people, Jaime enrolled in university to get her bachelor’s degree in psychology.

In 2007 Jaime applied at the Edgewood Treatment Centre in Nanaimo and was hired as support staff. Two years later she was promoted to the clinical team. Jaime was eager to help and jumped in whenever asked. Jaime enjoyed spending time with the patients and her experience as a counsellor left her wanting to learn more. Two years later, Jaime left Edgewood to go back to school and complete her master’s degree in counselling psychology. Jaime graduated her class with honors, and in June of 2017, she returned to Edgewood eager to resume her position on the clinical team. Jaime remembered the miracles that took place within Edgewood’s walls and looked forward to working with the patients again.

Working with newly recovering patients is challenging. People enter drug rehab suspicious and distrustful. Jaime asks her patients to get vulnerable and to trust her. That’s a giant leap for people struggling with addiction, who, up until this point, have hidden their behaviour through denial, avoidance, and dishonesty. Jaime’s first step is to build a strong alliance with each of her patients.

The bond between therapist and patient is an influential factor in the process of emotional and psychological healing. People struggling with addiction are often shame-based and don’t like opening up. In her non-judgmental approach, Jaime tells her patients, “I’m going to love you until you can love yourself.” Jaime’s patients don’t always like what she says. There’s a lot of wreckage to wade through and clean up before healing can begin. Sometimes the truth hurts, but you can’t recover without getting honest.

Substance use disorders thrive in shame, secrecy, and isolation which is the exact opposite of what happens at Edgewood. When patients walk through the front door, it’s all about connection. There’s nowhere to run, hide, or avoid the uncomfortable feelings they want to ignore. Patients are supported by counsellors, support staff, and their peers, twenty-four hours a day, seven days a week.

Many people coming to Edgewood have experienced significant loss in their lives. Jaime encourages her patients to open up and share their grief. Avoiding painful emotions can lead to relapse. As a clinical counsellor, Jaime’s role is to help her patients identify and change unhealthy thought and behaviour patterns, and develop new coping systems that are more constructive.

Jaime says helping her patients is really about spending time with them and listening. People with addictions keep secrets which prevent them from dealing with their issues, leading to increased stress and anxiety. When Jaime’s patients trust her, they open up, share their secrets and healing begins. It doesn’t end when the patient leaves Edgewood, either. Jaime asks her patients to call after they graduate and check-in.

Working with her patient’s families, Jaime knows they need help too. Co-dependency is also a disorder. If you’re doing all the work and putting all of your time and energy into helping your loved one with their recovery, you have a problem. Edgewood’s Insite program is an excellent support option for families. Families are also invited to attend family conferences and receive weekly updates on their loved ones.

Once a student herself, Jaime now supervises practicum students helping them understand substance use disorders and how to assist people effectively. She teaches her students that addiction is a highly treatable disorder, and that with the right support and continuum of care, people can achieve successful outcomes.

Jaime loves working at Edgewood and making a difference in her patients’ lives. She continues to learn and grow as a person and a clinician. Jaime says her biggest asset is her team of coworkers. She calls them her “work family” and says she couldn’t do her job without their feedback and support. Jaime says growing is a messy experience and being a good counsellor means debriefing with her team, admitting her struggles, and being willing to accept help.

As a child, Jaime had no idea that being her best self was the most effective way to help people overcome their struggles. Many years later, Jaime knows addiction is about wanting to avoid “being me.” Jaime helps her patients push past their need to escape themselves and succeed in treatment by identifying negative patterns, defeatist and dishonest thinking, and relapse triggers. As Jaime’s patients practice their new skills, they experience hope for themselves and look forward to a successful future in recovery.

Jaime sums up her experience working at Edgewood: “Miracles happen at Edgewood all the time. Patients do the work, turn the page and say, “I like myself today.”

Please Call Us for More Information