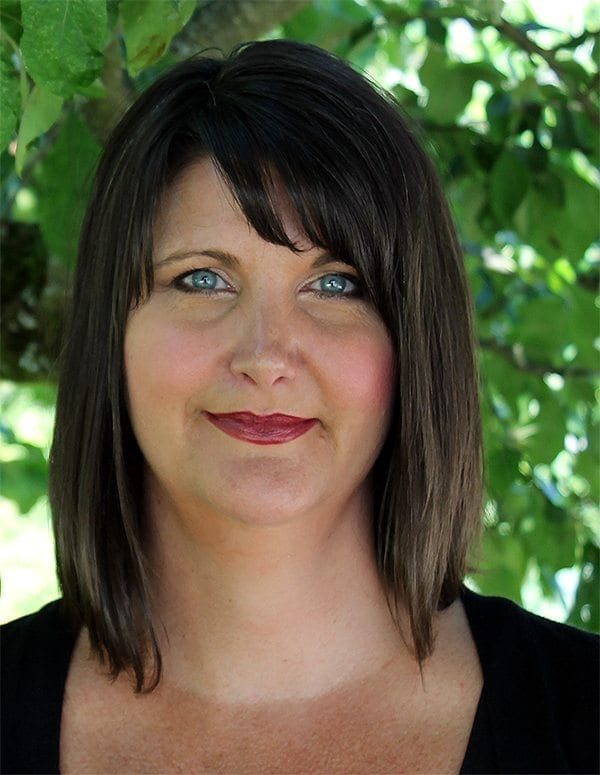 She is the first one to admit she isn’t front and centre when it comes to fighting the disease. At least, not in the same way as are counselors and support staff.

Yet, behind the scenes, Colleen Ward has quietly created as big a footprint around the Edgewood campus as any staff member over the past 13 years.

As Edgewood’s Director of Operations for the past six years, Ward has been responsible for, amongst other things, keeping the treatment centre compliant and current inside the maze of British Columbia’s complex licensing laws. With a background in residential care facilities, including Director of a group home company for mentally and physically challenged adults, Ward arrived from the Lower Mainland in 2002. Born in Burnaby, raised in Surrey, she came to Vancouver Island for reasons related to addiction – though she wasn’t ready to see it. All she knew was that her father was dying.

Her two older siblings and their families had already moved to the Island to be closer to their dad when Colleen, her husband Frank, an RN, and their two young boys came to Nanaimo as their father battled a liver shut-down.

“He got really sick. They actually didn’t think he was going to pull through. They told him he couldn’t have another drink in his lifetime – he couldn’t even take Ibuprofen. Anything that went through his liver he couldn’t take.”

So, he quit drinking, but the damage was done.

Though just 64 when he passed away, Colleen’s father had been a daily drinker for as long as she could remember. Yet, it wasn’t until she started at Edgewood and, in particular, after completing the weeklong Family Insite program, that she realized addiction wasn’t a minor detail in her upbringing.

“I actually didn’t know that I was in an alcoholic home. I just thought it was normal. I didn’t know people didn’t come home from work and have a bottle of rum,” she said.

“We never called my dad an alcoholic. We knew my dad drank a lot, but I pictured alcoholism as what you saw on TV and movies. Where you’d come home and your dad would be mean and abusive. That kind of stuff. I didn’t grow up that way. I was spoiled with family vacations, a dad who came and watched all my sports, nightly family meals, and I was taught a good hard work ethic. But, I grew up knowing that sometimes I’d come home and I’d have conversations with my dad that I would have to repeat the next day because he would have been too drunk to remember.”

For years, her father held a powerful position as the general manager in the Port of Vancouver.

“He was a functioning alcoholic,” says Ward. “He held a great big job. He went to work every day. And because he worked downtown in the Port of Vancouver, we used to go down and see him at work and we would see the drunk people on the streets downtown on Hastings. That was an alcoholic to me. Not because you drank a bottle of rum and didn’t remember things.”

Ward recalls how, during her interview process with Edgewood, she was asked if there was any addiction in her family. She said no, just on her husband’s side. After competing Insite, she knew differently.

“I came back after and said to [Executive Director] Lorne Hildebrand that I had lied in my interview,” Ward recalls. “I mean, I didn’t lie, but I’d never said that about my dad before out loud. In Insite, it was the first time I actually used those words, that I had grown up in an alcoholic home.” 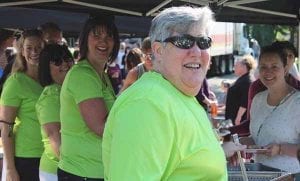 PART OF THE TEAM OF FLIPPERS AT THE ANNUAL EDGEWOOD ALUMNI PANCAKE BREAKFAST.

With Edgewood having a staff of 150 full- and part-time employees these days, Ward is responsible for the day to day, non-clinical operations, while Elizabeth Loudon looks after the clinical side of things. So, like any multi-million-dollar business, behind the scenes, Ward is overseeing staffing issues, standards and licensing concerns, accounting, marketing and more, with a myriad of people, places and things to cover throughout the building.

Like most of the people who staff the halls in the House of Miracles, as Edgewood is frequently called by its alumni, Ward’s job description today has come a long way from where it began. But, like many staffers, it was in the early shifts that she began to realize how powerfully impactful on a personal level the job can be.

“The first two weeks, they put me at the front desk nurses’ station. I remember there was this older gentleman that was admitted and he looked horrible. He was so sick. That reminded me of my old patients at the group home. But, within a month of him being here, he looked so much better.

Soon after she did the Insite program, among her peers was the man’s wife.

Unfortunately, the man died soon after treatment of a heart attack, introducing Ward to another aspect of life in the trenches at a treatment centre. It can be heartbreaking.

Starting as executive assistant to the leadership team at the time, Ward says the learning curve was steep but so was the progress of her career.

“Well, I started by assisting them. They really didn’t know what they needed. They knew I had the policies and procedures piece. They knew from my resume that I had the CARF (Commission on the Accreditation of Rehabilitation Facilities) training.  So, my job really started to develop because I had already run a residential facility. I understood the licensing aspects, how to keep a facility licensed. I understood staffing issues and HR issues. So, they just started giving me more and more as each of them retired. Finally, I had taken over all administration and I sort of took over more of the staffing for accounting. I just sort of ended up with everything.”

While counselors counsel, support staff support, cooks cook and maintenance workers maintain the property, Ward has come to understand how everybody who works at Edgewood has an integral role in offering hope to the addict who comes looking for life-saving help.

Like any good leader, Ward is quick to give credit where credit is due. She explains that there is no way a facility like Edgewood can demand as much from its patients without a complete buy-in from the staff. It is important, she notes, that staff realize they cannot expect patients to do anything staff is not willing to mirror.

“We are so open and honest to look at ourselves before pointing fingers. I love that we are willing to call each other on our own stuff and fight it through and be that big dysfunctional family, but then go back out and call the patients on their stuff, too. It’s fulfilling for me.” 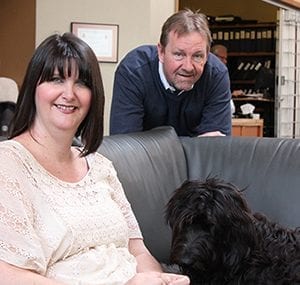 Feedback is one of those aspects of employment at Edgewood that becomes quite personal.

“For sure. I used to be the type of person where, if you give me feedback, I’d be, ‘No but …’ or ‘Yeah but …’ [laughs] But, now, I’ve sort of stopped and even worked it into my family life raising my kids. I can tell my kids something and they will argue with me, and I just wait it out. Wait until they can hear me. I will give them the feedback. They don’t always take it. I can let that go. I’ve done what I have to do. I can live with that.”

Clearly, Ward is not one to apologize for the rigorous honesty demanded of staff who choose to work at Edgewood. Lives depend on those high standards.

“I think, as a treatment centre in this country, we are pretty important because I think we are where everybody wants to get to. We can offer people what they are trying to get to. Abstinence,” she says, wading into a delicate topic.

“Yes, there is a start. I’m not against harm reduction. If that’s where you have to start, that’s okay. But I believe that everybody can get to abstinence. I don’t think you have to live your life on maintenance. I think there is a way to walk you straight to the end, and abstinence would be that way. So, that’s why I think we are the best. We get you to the goal. When I hear people [saying] that, 20 years later, they are still sober, they are still doing the stuff we told them to do, they still trust us, they are still making their beds. We are what you want to get to. We offer people what they want to get to.”

Those who make it in the field are those who are uncompromising in their commitment to help people overcome this most devastating of illnesses. And there is one principle above all that is needed if you want to last while helping others. Compassion.

“You either love it or you hate it. If you love it, you can see the hope that we are giving. And, if you hate it, you can only see the devastation that addiction has caused. I can see the differences we make every day. I think you may be in a little bit of denial yourself if you’ve hated it here. You won’t take a look at yourself strongly. And you just don’t understand addiction. You just don’t get it. And I think that’s okay. I don’t think everybody is ready to look at addiction [and] the way that it affects their life.”

So, for Ward, she puts on her hardhat every day and fights the good fight. Roll up the sleeves. Be truthful. Treat everybody equally. And expect the unexpected.

“There’s always one patient I seem to remember. And when you lose one, it’s just so sad. It’s devastating how it affects the community. The whole community that we have created here. I have a soft spot for some,” she says.

“Recently, we brought a patient in here who was very street-entrenched, tough. But this is what he wanted. Someone to talk to. He wanted a community. That’s what I felt we could give him here. So, he, [along with everyone who has been through here], has the whole alumni community that we have built here in Nanaimo – and wherever they move to after they’ve come through Edgewood. Not everybody has a family that they can talk to, but we create that for them here.”