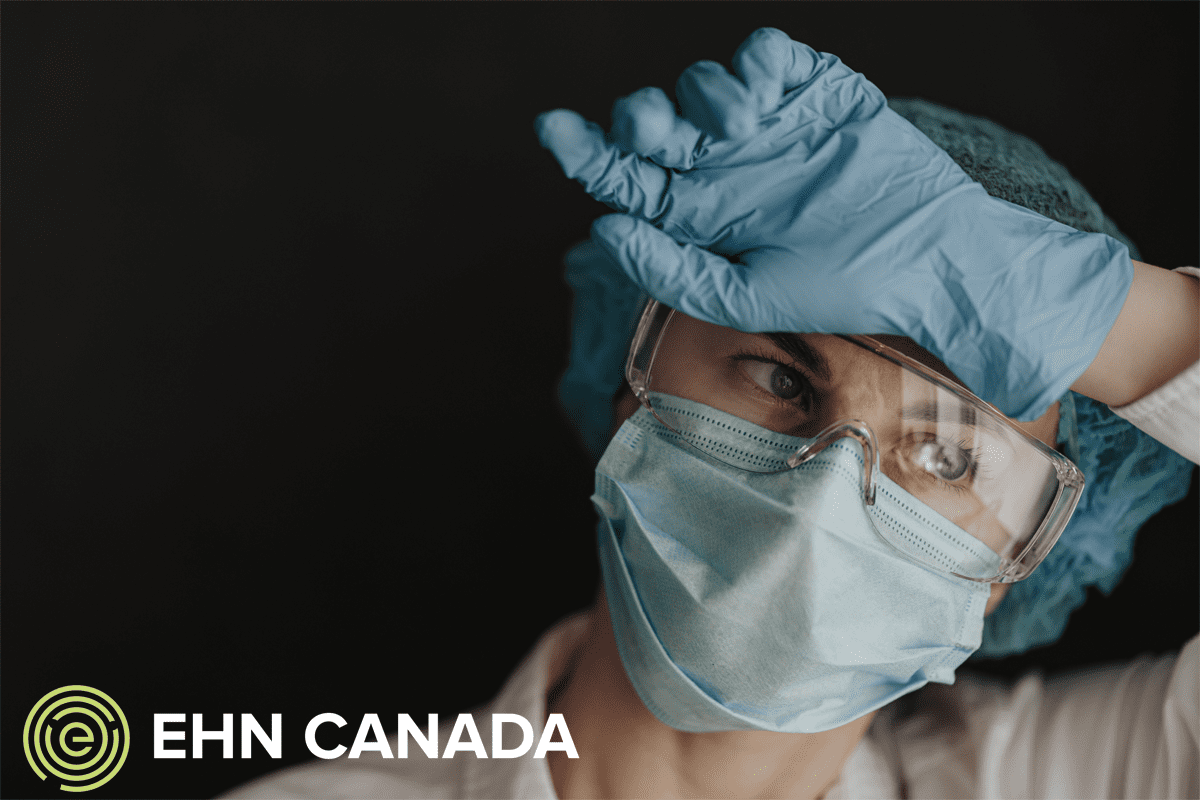 They put their lives on the line to help keep us safe every day — never more so than during the pandemic. Now Gateway Recovery Centre is helping first responders, frontline healthcare workers, military service members, and veterans struggling with their mental health and addiction. EHN Canada’s Joanna Anderson and Colette Currin tell us why it’s never been more essential.

Joanna Anderson, Executive Director of Gateway, recalls a patient in recovery — a firefighter during the 2018 Calgary wildfires. While on site with his crew, he received a phone call from his wife and children who were on the highway fleeing for their lives and begging him to join them.

When faced with a choice between staying to battle the blaze or evacuate with his family, there was no right or easy answer. Similar situations play out for other professionals every day: a soldier choosing between obeying an order and endangering civilian lives, a police officer choosing between drawing a weapon or risking their own life, or a nurse with only so many hours in the day and a dozen patients all in dire need of care.

“Those are the kind of decisions that no one else is ever faced with,” Joanna says, but it is precisely what puts these professionals at risk of psychological trauma, mental health disorders, and addiction.

It’s why sharing the recovery experience with others who have faced similar situations can be so essential. And it’s why, on July 13, 2021, Gateway welcomed a unique cohort: the first to participate in EHN Canada’s new facility designed just for military, veterans, first responders, and frontline healthcare workers.

Not a moment too soon.

AN OVERLOADED SYSTEM IS TAKING ITS TOLL

While many of us have been working from home, others have remained on the frontlines of the COVID-19 pandemic — much to the detriment of their own wellbeing. The pandemic revealed cracks in systems across the board, but most glaringly in our hospitals and long-term care facilities.

“For health workers, it has been an extremely difficult time. When the pandemic hit, our already-strained system was hit with a crisis,” Joanna explains.

Combine that with the sense of duty that healthcare workers share, and you have a mental health crisis, as well: “People go into these kinds of jobs because they want to help, and they have a duty to serve. But who do you tend to first when everyone needs help?” Joanna asks.

Many frontline healthcare workers found themselves in situations where they had to make difficult, often heartbreaking ethical choices. And not just once, but every day for more than a year. It’s the root of an experience known as moral injury, and it can often lead to depression, anxiety, and PTSD, with some turning to drugs and alcohol to dull those intense feelings.

Nurses and doctors were also watching their own colleagues get sick, wondering if they would be next. Anderson explains, “It creates that push and pull: how do I take care of myself while also doing what’s best for my patients?”

While the vaccine rollout in Canada was not without its setbacks, the country has since become one of the most-vaccinated countries in the world. As a result, the number of hospitalizations and deaths has seen a downward trend in recent months.

Joanna is optimistic that the sense of relief for frontline healthcare workers will give them the opportunity to assess the damage done to their own minds and bodies, and to take the next step — seeking help.

“I think the best-case scenario is that healthcare workers will say, ‘Okay, I did what I needed to do. I still love being a nurse, but I need to take some time to take for myself.’” And Gateway, she says, “is uniquely situated to lead that process. We’ve had a program designed for physicians for many years. We’ve had doctors and nurses in our facilities. We’ve worked side by side with them for many years to understand their needs. And Gateway was created because people were asking for it.”

FROM ACTIVE DUTY TO LETHARGY

Healthcare staff were being overworked, but on the other side of the spectrum, military service members were sent home. They got to stay safely with their families, sure, but many ended up feeling a sense of helplessness, ennui, and lethargy.

Some members enjoyed the lack of stress while at home, but others struggled with what Colette Currin, EHN Canada’s National Director of Military, Veterans and First Responders, says is a “lack of structure that a lot of military members crave.”

Veterans were also hit hard, she says. “If you look at veteran populations and where they reside, it’s often more rural with less supports to begin with, which is only exacerbated when everything is shut down.”

In addition to EHN Canada’s insight into healthcare workers, the organization also has a longstanding relationship with military service members dating back to their earliest incarnation.

Colette details, “If you look at Bellwood [one of EHN Canada’s flagship facilities in Toronto, ON], Dr. Gordon Bell treated soldiers for ‘shell shock’ after World War II on his living room floor (which, of course, we have now come to know as PTSD). Bellwood was founded on providing a high level of care for our military members. Nobody else really has the depth of expertise with these kinds of clients that we do. It’s really a part of our DNA.”

All the insights and experience, however, are sometimes no match for the stigma and fear these professionals face in admitting weakness or a sense of defeat. In terms of the stigma that still prevents military service members from seeking help, Colette says “the needle has moved ever so slightly, but there is definitely still a lot of fear about coming forward, to admit that they are not coping well.”

While progress has been made, more work needs to be done in destigmatizing conversations around mental health.

Some healthcare workers and first responders avoid seeking treatment because they feel guilty about leaving those who need help or adding to the workloads of their already exhausted colleagues. In addition to simply not being expendable, many find their work intrinsically tied to their self-worth.  Joanna says, “For a lot of these professionals, their identity is of being of service and of having this calling to contribute to our community. To step out of that role and say, ‘I am the one that needs help’ is hard.”

A FACILITY UNLIKE ANY OTHER

With their unique expertise and growing demand, EHN Canada has worked to develop a facility just for these high-risk professionals (in addition to the high quality trauma programs that continue to run at other EHN Canada facilities across the county).

Colette explains why Gateway is uniquely positioned to offer a chance at recovery: “With decades of experience treating these conditions, we provide professional support designed specifically to target the harm and recover the individual. From admission to discharge, in-between and beyond, our passionate and highly skilled staff are trained to understand their unique challenges.”

Gateway Recovery Centre provides a symbolic meaning for its clients, representing the transition from one place to another—but also a means by which to achieve an end.  “There has been a demand to be surrounded by those who have all had to make these really difficult choices and have a common knowledge of these ethical and moral decisions. We have heard this loud and clear,” Anderson adds.

At Gateway, the staff also understand that the struggle doesn’t stop with the patient alone. They often bring it home with them. For military service members, in particular, it is an entire lifestyle.

“Your entire family is identified by the military: the kids, the spouse. And often those issues will show themselves at home. A whole family can be adjusted around PTSD,” Colette says.

That’s why support for families is included at Gateway (and all EHN Canada facilities). Here, loved ones will be able to access workshops and counselling sessions themselves, and share their experiences with others who have been there and understand.