Home / EHN Blogs / Can spirituality and therapy get along?

Can spirituality and therapy get along? 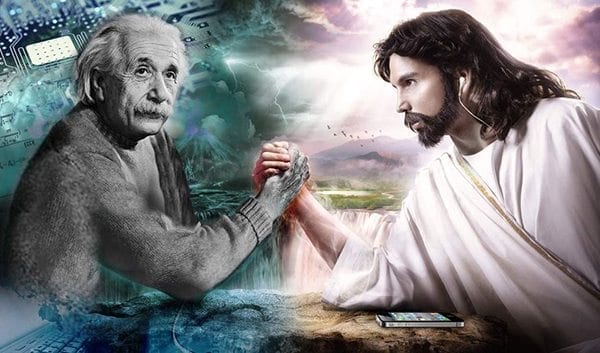 If you came into recovery at peace with the God word, the old-school A.A. slogan “There is a God and you’re not it” won’t particularly bother you.

You’re not alone. Studies show that most people do have some kind of God with whom they are comfortable. Gallup Polls conducted in the U.S. in 2005 showed that 90 percent of respondents held a belief in a personal God. Arguably, that may be different in Canada, but the point is that the conclusion that “there is a God and the guy or gal in the mirror ain’t it” just doesn’t freak the majority of people out.

Psychotherapists and religious types have long been at odds with one another about this topic. The great Sigmund Freud once characterized spiritual experiences as pathological, an illusion, and “an infantile need for a powerful father figure.” The renowned American psychologist Albert Ellis once deemed all religion as “childish dependency.”

In a modern, evidence-based society, especially in the health industry in which addiction therapy finds itself, old-school slogans containing the God word can be problematic to qualify if you are a clinician.

While the nature of the “G word” is debatable, it has always been part of deal for millions who practice the 12 Step way of life. Anyone who takes a chair in 12 Step rooms will hear regular talk of Higher Powers at meetings, and witness the omnipresent scroll of the Steps on the wall that ooze and encourage spiritual discussion way more than they do abstinence.

So, God or no God, faith or no faith, agnostic or atheist, just how does one qualify the slogan “There is a God and you’re not it” as good therapy?

Those who have their sleeves rolled up and are doing the work say it can and is being done.

Like many things in recovery, it all depends on how you choose to look at it.

“Well, first off, what is God? Who or what am I taking directions from in my life?” says Edgewood Treatment Centre counselor and former chaplain, Anthony Cafik.

As a man who has been on the receiving end of literally hundreds of Fifth Steps, he says that the word God in that slogan is not necessarily what people assume is meant.

“In addiction, if my choice has been taken away to say no to alcohol and drugs after I pick up the first drink, it is officially where I am taking my direction from. It is my authority. Someone in their active addiction, in their delusion, may think that, just because they didn’t say no to it, that they can freely say yes, they don’t see that they are a slave. That is their God.”

As Cafik sees it, they already have a God and they just don’t know it.

“It’s not religious, no. It is whatever is the authority and direction you are taking from in your life.”

In the rooms of recovery, most members are quick to point out that religion and spirituality are very different animals.

“Religion is for those afraid of going to hell. Spirituality is for those who have already been there,” the saying goes.

Many people who are not big fans of the “G word” are often put off by the amount of religious overtones in the literature or even the shares of group members. That may be unfortunate, given that, in the A.A. Preamble, members are assured that the organization is not affiliated with any sect or denomination. Nonetheless, it is important to remember the roots of the program come from an evangelical Christian movement and, as such, many old-timers were raised on the language passed on to them from their sponsors. Language that includes the word God.

So, is there a God? That’s far too complex a subject to cover in this story. But if you are one of those who believe there is, there is evidence to show that you can benefit from that way of looking at things.

In a opinion column for the National Institute for the Clinical Application of Behavioral Medicine, Dr. Ruth Buczynski commented on the a pair of studies done by psychologist David Rosmarin and his team at the Harvard-affiliated McLean Hospital in 2011.

The idea of the studies was to see how spirituality and belief impact worry and doubt – things most addicts suffer through in great detail once the fog lifts and when the truth of their new sober life is looking at them square in the face. The results of the study, which included 332 subjects, showed how participants who chose to believe in a caring God reported lower levels of worry and were more open to uncertainty.

“Some therapists are hesitant to include spirituality in their practice. But if it can calm worries and lower stress, wouldn’t we want to integrate it into practice?” Buczynski writes.

In another study, this one in 2015 by London, UK-based psychologists Yveline Arnaud, Ava Kanyeredzi and Jacqueline Lawrence, the clinicians found that, in the analysis of 10 recorded one-hour interviews, it could be argued that “the Higher Power is not only central to sobriety but also to the well-being of A.A. members, whatever their original or current declared spiritual or religious beliefs may be.”

The study quoted from the late American psychiatrist and best-selling author Scott Peck, who once said, “the importance attributed to the HP is seen by some as the main reasons why A.A. has been much more effective than psychiatry in treating alcoholics, because A.A. addresses the spiritual needs of these people – something that traditional psychotherapy, with its secular humanist values, does not address.”

In a 2012 posting on Scotland’s Castle Craig Hospital website, the facility noted that Peck’s main criticism of western psychiatry is that “it disregards spirituality.”

“In 1992, he was invited to address the American Psychiatric Association and he told them that people were turning away from the profession because they were unable to discuss spiritual issues with their psychiatrist. He urged them to incorporate spirituality into their thinking and stop the loss of patients to “the competition” – lay, fundamentalist and new age healers.”

After six years working as a chaplain at Surrey Pretrial Services Centre, a high security remand centre for men, Edgewood chaplain Shaun Jessop says the God issue is front and centre for those arriving at the House of Miracles, as Edgewood is fondly referred to by many of its alumni.

“It’s huge. I find, with a lot of patients that come in, the God thing, they don’t want anything to do with it. It’s religion and all that kind of thing,” says Jessop, an ordained minister with a Bachelor’s Degree in Sacred Literature.

Hearing slogans like the ones recovering old-timers hurl about like Frisbees regarding the higher power concept can be a powerful, and even necessary, wake up call.

“So, it’s the beginning [of] redefining what is God and what’s religion. It’s kind of drawing the line in the sand and saying, ‘Okay, religion is one thing, God is another thing.’ They tie the two together all the time,” he says.

“It is beginning that journey of connecting with something outside of themselves. A lot of them come in and they already are their own Higher Powers. So, it’s a case of, ‘How is that working for you?”

And once they are getting curious about God, then comes the next piece: You’re not it. That often brings with it a sense of relief when the implication is understood, Jessop says.

“You’re not it? It’s very freeing. People don’t usually think they’re God – but they act like it. Self-centeredness. Grandiosity. False pride. Where the whole world revolves around them. A victim mentality. Where they think that everything outside of Edgewood relates to them, or is because of them.”

When you are your own God, your own Higher Power, you’re isolated, he says. There’s so much pressure. The weight is on your shoulders.

“The ‘you’re not God’ part? Connecting with the ‘We’ is a huge starting point. Because that spirituality thing, well, it’s often too vague and weird. So, it becomes about starting to connect in group [therapy]. Beginning to connect with somebody outside of yourself. They begin doing that and then they’re like, ‘Oh, this helps! This is great!’ and it gives them life and freedom. Then that builds that confidence to step out a bit more out of their comfort zones. To risk a bit more with prayer, with meditation. So, it’s baby steps.”

“Many come from homes of addiction, and that means abuse. [The] authority figure becomes abusive and, therefore, they can’t trust it. So, guess what? They become their own God. ‘I’m going to make the choices in my life so I don’t have to get hurt like that again.’ They choose something to comfort them because that’s a lonely place. So, alcohol and drugs. Then they become a slave to that, unknowingly. So, unless they fire themselves as their authority and their God, they are going to continue to be slaves to addiction,” says Cafik.

The door is open for addicts to choose their own concept of a power greater than themselves. It certainly does not have to be religious. Many choose this power of “We” that facilities like Edgewood support. An addict and his or her peers can do it. “If that person can stay sober, why can’t I?” One addict talking to another. Group of Drunks. Good Orderly Direction. Acronyms abound.

Of course, not everyone buys into the slogans which imply a supernatural being at play.

Asked for his opinion on the “There is a God and you’re not it” slogan, Roger C., website master of Toronto’s A.A. Agnostica site had this to say: “There are idiot slogans that I don’t process or interpret, and that is one of them.”

In this fellowship, whose expressed written Third Tradition assures members that “the only requirement for membership is a desire to stop drinking”, the message is clear: Take what you like and leave the rest.