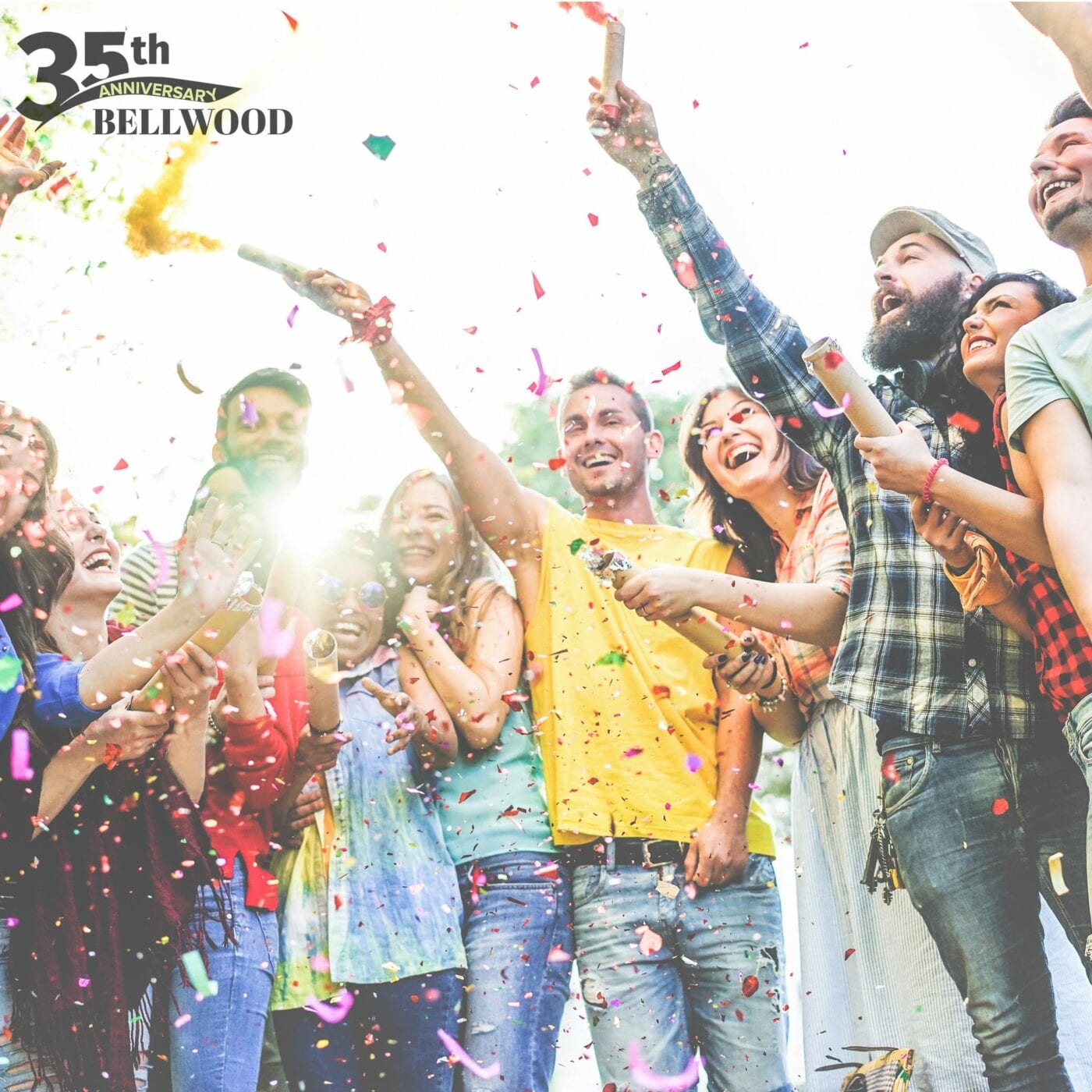 While Lucy has been a counsellor at Bellwood since 2016, her Bellwood story begins far before then. Lucy has volunteered at Bellwood since 2012 while she was studying psychology at York University to become a psychotherapist. She is proud that she has accomplished that goal and confesses that counselling is one of her two callings in life. The second, she says, is music.

For Lucy, music was both a trigger for, and a path to, healing from addiction. Music has a lot to do with how Lucy ended up at Bellwood in the first place. Lucy pursued journalism during her first try at university, but became swept up in music. When she found herself practicing the bass guitar more than she was doing her homework, she left school to pursue her dream. Lucy joined a band as a bass player and began writing songs. As Lucy got more involved with her band, the time came to record the album they had written. When they struggled to find a vocalist, the producers at the studio suggested that Lucy sing the lyrics. Lucy agreed reluctantly and admits to this day that she’s “not a singer.”

When the song was released, it caught the attention of film director Bruce MacDonald, who used the single in the soundtrack to his film Highway 61. Lucy’s songs also climbed to the top of the charts on Toronto’s CFNY radio station. Lucy’s music was played all over the city.

With this increased airplay, Lucy’s band gained the interest of a big record mogul—one who signed the likes of Madonna and the Talking Heads. He flew to Toronto to watch them play and signed them to a record deal. Lucy’s band, Acid Test, was officially born.

Lucy’s band remained signed to Warner for 2.5 years, during which time they toured and produced more music. When their contract expired, Lucy found herself working as a retail manager. She knew that while she liked fashion, this field was not her calling, and she felt a deep depression descend on her. Since Lucy wasn’t playing as regularly with her band, addiction helped to temporarily soothe the pain she felt after leaving the music industry.

Although she did not give the details of how she began with substance use, Lucy spoke at length about her recovery. She immersed herself in the world of 12-step meetings and hospital programs, and gave back to her recovery community. After overcoming addiction, Lucy transferred her university credits and enrolled in a psychology program—she stresses to students out there that the work they do in school “never goes to waste.” She was volunteering at a hospital addiction program when a friend in recovery invited her to volunteer her time at Bellwood.

After interviewing, she got the volunteer position and helped facilitate group sessions. Lucy was nervous at first, afraid of upsetting people. Although she doubted herself at times, her lived experience with addiction helped others heal. When she shares stories of her own recovery with Bellwood clients, they feel encouraged and hopeful. She says, “when [I tell clients] I was depressed and could barely leave my bed, their eyes light up at my ability to relate…I hope that they can get their own hope from seeing [recovery] is possible.This is the most fulfilling part of the job.” For Lucy, hands-on volunteer work was crucial as it enabled her to practice in real life what she was learning in school. Clients at Bellwood look up to Lucy as she is candid about her own experience in recovery; she makes it well known to clients that it was “possible to have a better life.”

Lucy knew she was moving toward her purpose. After graduating from York University, Lucy enrolled in a post-graduate program in addiction and mental health, completing her internship at Bellwood. She knew she didn’t want to work anywhere else. Lucy beams that the culture at Bellwood is welcoming, non-judgemental, and inclusive. As a student volunteer, Lucy was insecure about her inexperience, but the staff at Bellwood welcomed what she brought to the team and were curious to learn her background; people regarded her as their peer. She felt a safe sense of belonging, especially among other staff members also in recovery. Even though Bellwood is a treatment facility, it doesn’t feel at all institutional to Lucy. It feels homey and her coworkers feel like family.

After graduating from her program, Lucy filled a position vacated by a retiring outpatient counsellor. At the time, Lucy facilitated aftercare groups on a part-time basis. Today, Lucy works as an outpatient counsellor full-time—although she admits that she does “a little bit of everything”—in the programs at Bellwood and still plays shows with Acid Test on occasion. Lucy describes music as a type of meditation, and playing her bass guitar puts her “in the zone.” Although it was a trigger for her early in recovery, Lucy strongly advocates for music in addiction treatment.

As she spoke of her own recovery, Lucy showed nothing but optimism. She felt recovery was “a second chance at life,” and Bellwood was a place of hope. She feels comfort every time she walks through Bellwood’s doors.

“People can get better here. We give folks a sense of hope…if I can do that at the end of the day, then I’ve done a good job.”

If Lucy wants people struggling with addiction to know anything, it’s that there’s more out there for a person in recovery. She says,

“There’s life after this.”