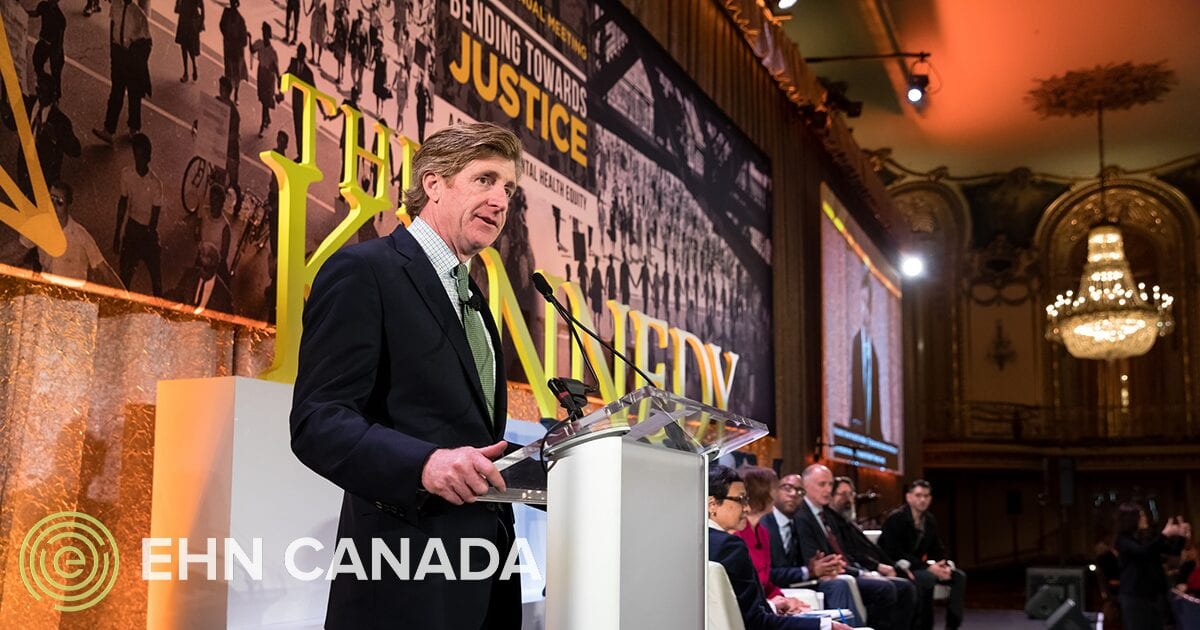 Patrick J. Kennedy is the son of former Massachusetts Senator Ted Kennedy, and nephew of former U.S. President John F. Kennedy. He served as a Democratic member of the United States House of Representatives for 16 years, starting in 1995. Patrick J. Kennedy suffered from depression and received psychiatric treatment, which he first made public in the year 2000—an event which marked the beginning of his mental health advocacy.  In 2006, he publicly admitted his prescription drug addiction and entered a treatment program. In 2009, he announced that he was entering an addiction treatment program again. As of 2018, he has been sober for over six years.

During his time in congress, Kennedy took many actions to end discrimination against those with mental health and substance use disorders. His greatest achievement was the passage of The Mental Health Parity and Addiction Equity Act of 2008. The Parity Act requires insurers to cover illnesses of the brain, such as depression or addiction, no more restrictively than illnesses of the body, such as diabetes or cancer. After his father passed away, in 2011, Kennedy left Congress to focus his energy on mental health advocacy.

In 2012, Kennedy co-founded One Mind to help eliminate the stigma of brain disease and to help revolutionize collaboration, research, and funding. By forming global partnerships within governmental, corporate, scientific, and philanthropic communities, One Mind works to accelerate large-scale research through data sharing and collaboration. One Mind is currently focused on the discovery of better diagnostics and treatments for post-traumatic stress disorder and traumatic brain injury. Future initiatives will extend One mind’s open science principles to research for improving treatments for other brain diseases including Alzheimer’s, Parkinson’s, ALS, addiction, and depression

In 2013, Kennedy founded the Kennedy Forum, a non-profit organization, with the aim of advancing evidence-based practices, policies, and programming. The Forum’s mission is to lead a national dialogue on transforming mental health and addiction care delivery by uniting mental health advocates, business leaders, and government agencies around a common set of principles.

In 2015, Kennedy co-authored a book titled A Common Struggle: A Personal Journey Through the Past and Future of Mental Illness and Addiction, which became a New York Times Bestseller. The book describes Kennedy’s personal struggles including recovery from bipolar disorder and addiction as well as his plan for the future of mental health care in America.

In 2016, Kennedy joined Advocates for Opioid Recovery as a Founding Advisor. The non-profit organization is dedicated to advancing evidence-based treatment systems to reduce death and suffering from opioid addiction, and to increase the number of long-term opioid addiction survivors who are positively engaged with their families and communities.

Also in 2016, Kennedy launched the National Behavioral Health Platform: A Nonpartisan Approach to Mental Illness and Substance Abuse Disorders. Through this platform, he has created a roadmap for transforming America’s behavioral health system and moving toward his vision of a world where everyone can get the care they need.

In 2017, Kennedy was appointed to the President’s Commission on Combating Drug Addiction and the Opioid Crisis. The commission studied ways to address problems of drug abuse and addiction in the US and they delivered a final report of recommendations to President Donald Trump.

Kennedy has received recognition from numerous sources for his mental health advocacy and leadership, including the following:

Kennedy provides strategic guidance regarding mental health by serving as a board member for several organizations including the Depression and Bipolar Support Alliance, the International Bipolar Foundation, and the National Action Alliance for Suicide Prevention.

Patrick J. Kennedy continues to leverage his powerful family legacy to advance the cause of social justice and health equity for all. We’re honoured and privileged that he will be bringing his knowledge, experience, and passion to EHN Canada’s Advisory Board.