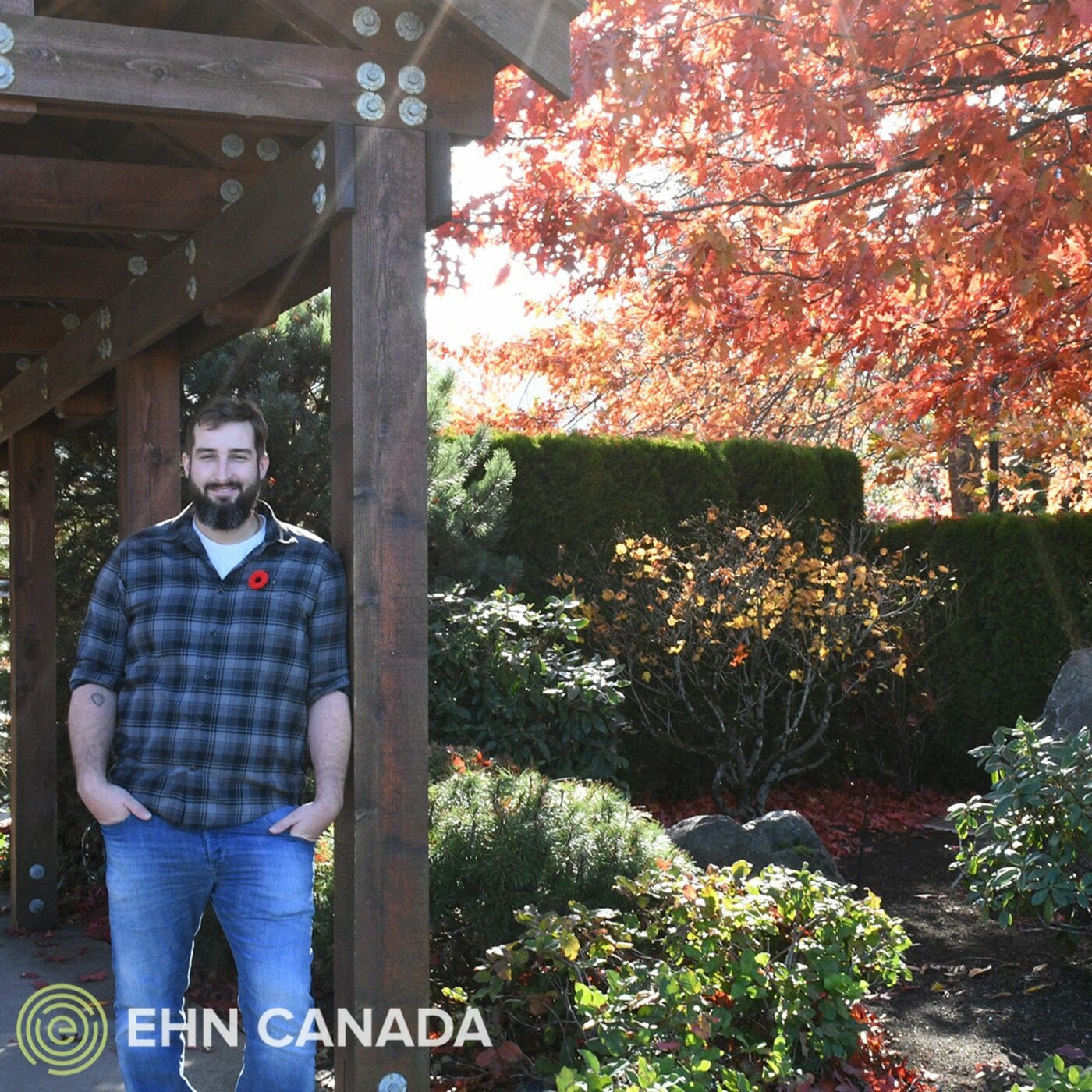 Born in Comox Valley, BC, Alec describes his childhood as “good.” Around age six, Alec recalls losing the vision in his right eye. His parents took Alec to the doctor, who couldn’t find anything wrong. The eye doctor said it was just a phase, and Alec probably needed glasses.

For the next six years, Alec couldn’t see in his right eye. Everyone thought Alec was faking his vision loss and he developed a reputation as a liar. In grade six, Alec began experiencing tremendous pain in his right heel. Alec’s parents took him to the doctor, where he got an X-ray. The scans showed nothing wrong. The doctor said Alec had a bone bruise, and it would resolve on its own, only it didn’t resolve. The pain got worse. Before long, Alec was limping and dragging his foot, except on the ice-rink when he played hockey. Alec notes for some reason, he could ice-skate with little pain, but walking was agony.

More testing and blood work revealed Alec had a staph infection and osteomyelitis, a painful bone infection. Alec was admitted to the hospital and lived there for the next six months. Upon discharge, Alec was in a wheelchair. He graduated to crutches and then to a cane. His sixth-grade classmates nicknamed him cane-boy.

Still unable to see out of his right eye, Alec’s parents took him to see an eye specialist in Nanaimo. Alec remembers the specialist looking in his eye for a long time before saying he needed to go to Children’s Hospital in Vancouver, BC.

At the Children’s Hosptial, Alec saw another eye specialist who concluded Alec had a detached retina and needed emergency surgery. A scleral buckle was sewn in Alec’s right eye to repair the retina and is still there today.

With his medical troubles seemingly behind him, Alec threw himself into hockey. He was a good player and captain of his team but said it was never fun. For Alec, hockey was a job and another way to prove himself. Then fate took another strange twist in Alec’s life. He began experiencing a heavy, fog-like weight whenever he played hockey.

Alec didn’t know he was experiencing panic attacks. He thought he had a brain tumor and was dying, but he never told anyone, and life went on. As Alec got older, he experimented with marijuana and alcohol. Alec always dreamed of being in the army.  When he was 18 years old, Alec had laser eye surgery and enrolled in the military. Alec joined the signal corps. He wanted to jump out of airplanes and parachute into dangerous places. In July 2008, Alec went to Saint John, Quebec, for a 13-week training program.

When Alec graduated basic training, he was tall and proud. He had found his identity.

In 2009, Alec went to Kingston, Ontario, for QL3 training. He finished second place in his course, but for Alec, second place wasn’t good enough. By now, Alec’s alcohol consumption had increased. Alec was posted to Edmonton, Alberta, and joined an active unit.

Alec began dabbling in harder drugs. He wanted to try everything once. In late 2010, Alec was put on predeployment for the next task force to Afghanistan. Alec had a good reputation as a hard worker with leadership qualities, and his sergeant liked him. Alec worked hard during the week, and on weekends he drank and used cocaine. In April of  2011, Alec was deployed to Afghanistan with Task Force 11. He was there for seven months.

When Alec returned home from Afghanistan, he felt like a child hiding in a corner. When somebody yelled, Alec cowered.

The feeling Alec experienced in hockey came back—only this time, it was so much worse. Alec couldn’t handle crowds. He startled at loud noises. Alec didn’t feel like he had done enough in Afghanistan. Alec couldn’t sleep without first drinking a twenty-sixer of rum, and he began thinking about suicide.

Six months after Alec got back from Afghanistan, he saw his doctor. Alec’s physician noted he was struggling with panic attacks. She told Alec leaving the military might not decrease his panic disorder. But Alec decided to retire anyway. He spent the next six years drinking and drugging and moving a lot. When Alec’s fiancé left him, he was living in Comox, BC, working in construction. Alec felt really low, and thought about suicide constantly. That’s when Alec decided to get help.

Alec called the Veterans’ Suicide Hotline. He was assigned a case manager and entered a rehabilitation program. Alec didn’t realize he would have to be sober, so he left the Veterans program and moved to Alberta, where he worked with his uncle.

In hindsight, moving wasn’t a good decision. Alec and his uncle both drank heavily. Alec spent a week in the psych ward. His family wouldn’t hear from him for months, and he constantly thought about suicide. In January 2018, Alec’s uncle committed suicide. Alec found him on his property.

On December 3, 2018, Alec was admitted to the Concurrent Trauma and Addiction Program (CTAP) at Edgewood in Nanaimo, BC. Alec thought he would learn how to moderate his drinking and drug use; he wanted to quit drugs and alcohol for a year and then continue consumption as a social user.

However, CTAP was life-changing, and Alec didn’t get his old life back. He got the life he always dreamed of having. Alec formed close bonds with other first-responders, where he found honesty, kinship, and respect.

When a veteran’s moral conscience is damaged, it can be hard to find peace. However, CTAP gave Alec new tools like mindfulness, which taught him how to live in the moment. Alec attended the extended care program, where he continued to build relationships with people in recovery. Alec attends five 12-step meetings a week and volunteers at CTAP. Alec derives a great sense of joy and purpose from helping others like himself. Alec recently applied at Vancouver Island University for a diploma in social work. His goal is to get a master’s degree and counsel other first-responders.

On November 27, 2019, Alec will celebrate one year in recovery. Alec benefited immensely from receiving trauma treatment with men and women who had had similar experiences. Alec says civilians who haven’t been through this type of trauma struggle to understand the true depth of a first responder’s anguish. When talking with his peers—people who risk their lives for others’ safety—Alec  can be completely honest.

Alec credits the CTAP staff and his peers at Edgewood for his success. These folks helped Alec see that he wasn’t responsible for the traumatic events in his life. As our interview concludes, Alec grins, noting when he first got to Edgewood, he thought everyone was faking. He wondered why people were happy to be in rehab.

Today, Alec is the one smiling. He doesn’t want to end his life; instead, he is embracing it. Alec is genuinely happy and breaking the chains of dependency and trauma. Alec continues to make great progress and looks forward to a bright new future.

If you would like to learn more about our Concurrent Trauma and Addiction Program (CTAP) or if you have any questions about addiction or mental health, please call us at one of the numbers below. Our phone lines are open 24/7, so you can call us anytime.