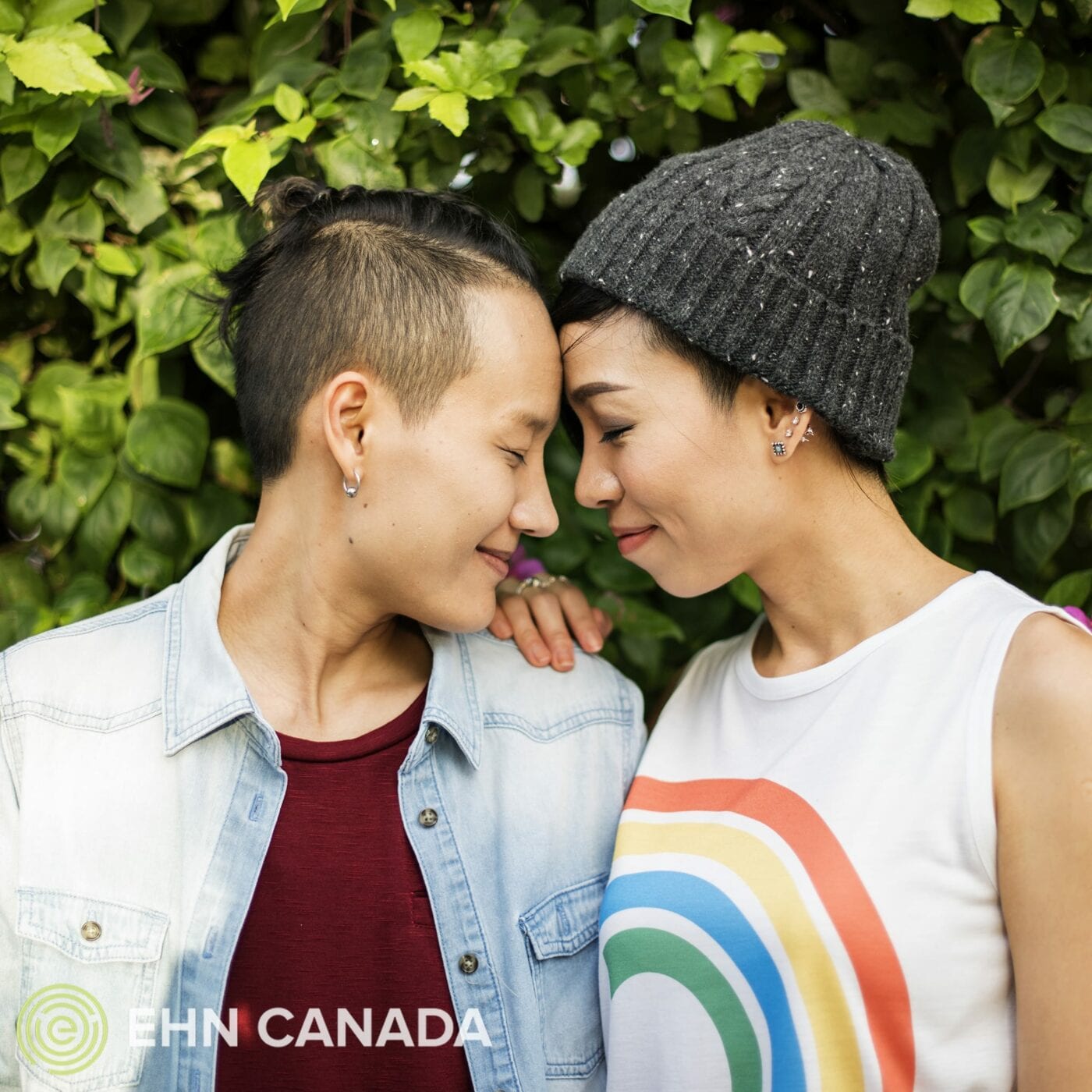 “Do you know what PrEP is?” asked my friend, casually.

“Uh… no.” I scolded myself silently. I’ve worked in healthcare for years, but this was an acronym that had slipped my mind.

“Well, neither did my doctor in New York. I had to explain it to him! That’s why sometimes it helps if your doctor is gay. Or your therapist. Then, they understand the situation and you don’t have to keep explaining everything.”

Right. “PrEP” is Pre-Exposure Prophylaxis, a medication that gay men take in order to prevent HIV infection. Most people haven’t heard of it, and that’s the problem. LGBTQ+ people remain a minority, and have to deal with their cis-gendered, heterosexual healthcare providers remaining ignorant about healthcare issues that are important to them.

Sadly, LGBTQ+ people have higher rates of mental health and addiction disorders than the general population, and there are fewer places for them to get treatment that feel like truly safe spaces.

I write this as a self-professed ally—or a friend, if the word ally is no longer friendly to you. I can’t pretend to know the full extent of my LGBTQ+ friends’ experiences, but I can bear witness to the extra burdens they carry, to varying degrees, and I can swear to be part of the solution, not the problem.

Growing up, my best friend in high school came out to me when we were 16, and since then I have had the distinct pleasure of being surrounded by wonderful people who happen to be LGBTQ+. While sexual orientation isn’t a defining factor in our friendships, it was normal and commonplace for me to discuss LGBTQ+ issues with my friends.

There are many reasons why LGBTQ+ people face higher rates of addiction and mental health disorders than others. According to research, LGBTQ+ people are 2-to-4 times more likely to have a substance use disorder than their heterosexual counterparts.[1] These addictions include alcohol, smoking, and other drugs.

Some people, heterosexual or LGBTQ+, report using drugs not only for partying, but also for sex. However, this might happen more often among LGBTQ+ people. Many drugs that are more popular among LGBTQ+ people enhance energy and libido, and increase feelings of intimacy.[2] For some people who have discomfort with their sexual orientation, drugs can lift inhibitions and increase the joy of their nightlife.[3]

Some regular community events that are popular with LGBTQ+ people, including circuit parties, more commonly involve drug use. A questionnaire-based study of gay men in San Francisco found that half of the studied population who had attended bars and dance clubs reported using methamphetamine in the past three months.[4] As many as 46% of gay men surveyed reported drug use in the past year.[5] Substance use problems are not exclusive to gay men. Lesbian and bisexual women report higher rates of alcohol use disorders than women of other sexual orientations.

Researchers have begun studying mental health in LGBTQ+ populations and have conclusively found that mental health, substance use, and mood disorders are more common in LGBTQ+ populations, but the reasons why this happens are multifarious. Stigma, discrimination, and violence can contribute to creating a hostile environment that places additional stress on a person. According to the Center for Disease Control, 38% of LGBTQ+ youth were bullied on school property.[7] When someone’s everyday life has the potential for assault, losing their job, or being cast out by their loved ones, the stress takes its toll on a person’s mental health.

Minority Stress Contributes to Mental Health and Substance Use Disorders

The official term for suffering experienced by members of marginalized minority groups, such as LGBTQ+ people, is “minority stress.” It means that life is harder for someone because of the discrimination that they face for being “different” from the majority.

Some ways that minority stress manifests for LGBTQ+ people are as follows:

Researchers have found that feeling alienated from one’s own community, including social structures, institutions, and social norms, increases a person’s risk for suicide.[10] A basic human need is unmet when a person feels rejected by their community.

One of the main reasons why minority stress remains a problem is that there are often less resources available for people in marginalized minority groups. We found the same to be true for mental health and addiction treatment for LGBTQ+ individuals. Fewer facilities exist to fulfill their needs. Our aim is to create a community of our own that addresses the needs of LGBTQ+ people and helps them get better, together.

For a lot of people, sadly, open conversations are not normally possible. Many LGBTQ+ people still face terrible discrimination. Many still fear that disclosure of their gender or sexual identity will result in worse treatment, and so they don’t disclose. The problems of higher rates of mental health and addiction disorders among LGBTQ+ people are made worse by this silence. Everyone needs a safe space to receive high-quality healthcare from professionals who are familiar with the issues particular to the patient population.

Disclosing, or “coming out,” is often associated with positive emotions such as self-acceptance. It’s also necessary for getting support from loved ones and it eliminates the stress of perpetually hiding a core element of one’s identity.[13] In fact, habitually concealing one’s true sexual identity may reinforce feelings of shame and increase one’s risk for developing an addiction or mental health disorder.

In contrast, patients get the best health outcomes when they can form strong therapeutic relationships with their healthcare providers. Strong therapeutic relationships can’t be formed if the patient feels unsafe to disclose fundamental details of who they are. In fact, researchers have found that people who feel accepted after disclosing their sexual orientation, whether to parents or healthcare providers, are less likely to develop an addiction.[14] Issues like these contribute to the stress of falling outside the umbrella that shelters the heterosexual majority from discrimination.

No Place for LGBTQ+ Addiction Treatment

When an LGBTQ+ Canadian decides that they need addiction treatment, their options are scarce. Treatment facilities, whether public or private, may do all they can to train their staff on how to address LGBTQ+ issues, but they can do little about the attitudes of their heterosexual patients.

Group counselling is an important part of treatment programs and LGBTQ+ patients must feel comfortable in their therapy groups to fully benefit from their treatment. Unfortunately, if even one group member expresses discriminatory attitudes, an LGBTQ+ patient may not feel safe enough to disclose their sexual orientation, and this may create a major roadblock to their healing process.

An LGBTQ+ patient may also feel triggered by the fear of discrimination, which is, again, counter-productive when trying to heal from a mental health or substance use disorder. A diverse group with mixed sexual orientations may be beneficial when transitioning to aftercare, but real-world exposure to potentially triggering situations is often too much when someone is beginning their treatment.

Since Canadian private facilities do not provide truly safe spaces, LGBTQ+ people are often forced to attend non-accredited programs that are created exclusively for them. These programs are support-group based, but they often do not include science-based methods that profoundly improve success rates of treatment.

In no way are we looking to call down the incredible grassroots work of community organizations or to dismiss the effectiveness of Narcotics Anonymous or Alcoholics Anonymous groups, many chapters of which are LGBTQ+ exclusive or welcoming. However, they do lack the daily structure, supervision, clinical expertise, and medical care required by some patients with more complex mental health and addiction disorders.

The Benefits of an Accredited, Science-Based Program

A science-based program can benefit Canadians in a number of ways.

Trauma-informed care can address the difficult experiences of LGBTQ+ individuals, who have double the rates of PTSD compared to the general population.[15] Treatment of trauma and any accompanying mental health and substance use disorders requires specially trained and experienced professionals.

Drug addiction often comes with physical, not just psychological, dependence. Detoxing from a drug or alcohol addiction can be dangerous and should be managed by an experienced doctor trained in addiction medicine. Such a doctor can prescribe medications to make detox safe and comfortable. Once detox is complete, some people may need medication for their continuing treatment, which should be managed by an experienced medical team.

In some parts of the country, the wait time for a psychiatrist referral can be up to one year. High-quality private facilities have in-house psychiatrists to provide care as needed.

Counselling methods, such as group and individual counselling, should integrate science-based techniques like cognitive behavioural therapy (CBT) and dialectical behavioural therapy (DBT). These and other science-based techniques have been researched, tested, and shown to help people change their underlying emotional and thought patterns to help them get better faster.

While some larger communities have LGBTQ+ focused programs, many public services are stretched so thin that they are unable to provide full-service care. Often, public programs can offer little more than support groups, occasional individual counselling, and medical detox. However, one of the greatest weaknesses of the public mental health and addiction care model is its lack of continuity. Someone who enters a hospital for an overdose or for detox is discharged as soon as they are stable. They must then wait to visit either their family doctor or seek treatment from a public health centre. The result is a patchwork of services that doesn’t fully meet the needs of LGBTQ+ Canadians.

The Solution: An Accredited LGBTQ+ Program for Mental Health and Addiction

This gap in care is why we’re creating an LGBTQ+ program that provides science-based medical and psychological care to a group who have been demanding it for years. LGBTQ+ people have suffered from second-rate mental health care for too long. We’re creating programs that have the quality of large-scale facilities, with the discretion and exclusivity of specialized community groups.

EHN Canada is creating an exclusive program designed specially for LGBTQ+ individuals who need mental health and addiction treatment. We’re the first private healthcare provider in Canada to provide a full-service residential addiction and mental health program for LGBTQ+ individuals. And we’re going all-in! We’re ensuring our counsellors aren’t just allies, but that they’re LGBTQ+ themselves, so that they can relate to patients and understand their experiences. We’re also proud to provide LGBTQ+ counselling methods that have been developed by some wonderful social workers at the University of Toronto. We want to ensure that this program provides the best service we can to our LGBTQ+ friends.

So our ask to you is this: please, share this news with people you know who need it. If your friend or loved one is having problems, or partying too much—let them know about us. We know that it can be tough to reach out to someone who needs help. But people with mental health and addiction disorders often don’t reach out for help when they need it the most. You might save someone’s life.