A Place for Canada’s Heroes to Heal 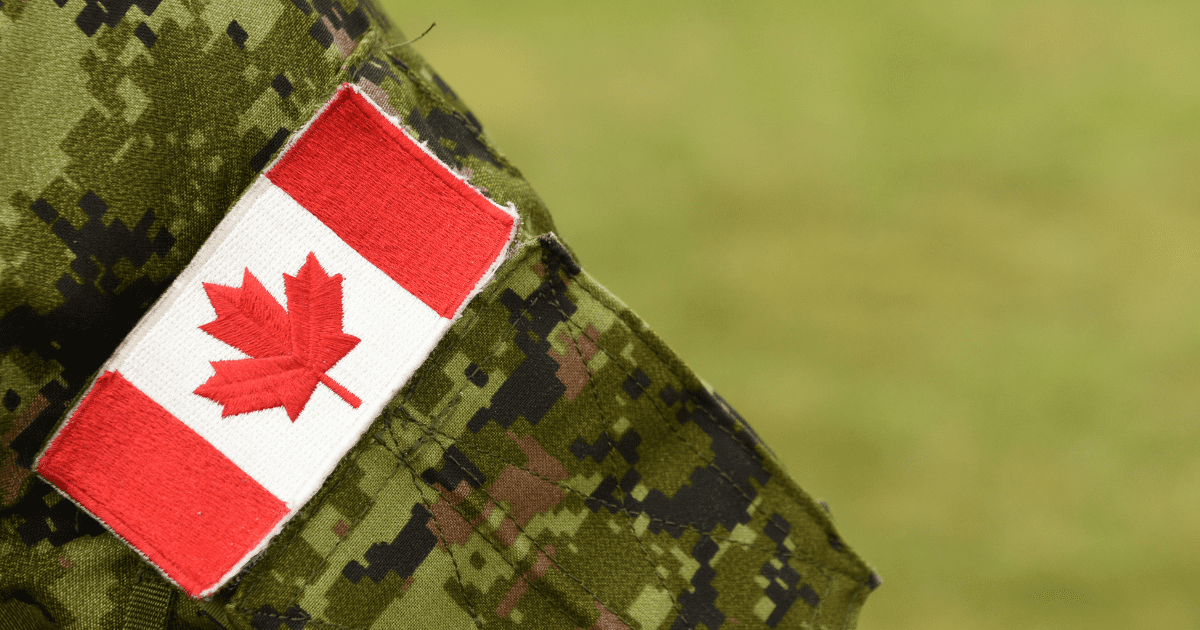 EHN Canada’s Atlantic Centre for Trauma is giving military service members and veterans a new place to begin their recovery from addiction and mental health disorders.

Five simple words packed with so much importance that a whole building in Nova Scotia is dedicated to them.

Since opening this past October, the Atlantic Centre for Trauma (ACT) is filling its 15 beds with military service members, veterans, paramedics, firefighters, police officers, and other first responders. Staff at the facility located in the Annapolis Valley have been welcoming the men and women that we, as a country, have asked to do some of our most challenging work. People who bear the brunt of horrifying conditions, heartbreaking shifts, and unforgettable incidents.

Yes, they are trained for what they do. No, they are not unaffected.

Since 2013, EHN Canada is Canada’s premier provider of mental health and addiction treatment, specializing in evidence-based programs for addictions, depression, anxiety, eating disorders, and in this case, trauma. It began with the Ferguson Building at Edgewood Treatment Centre in Nanaimo, B.C., then Gateway Recovery Centre in Peterborough, and now with Atlantic Centre for Trauma.

A CLINICAL DIRECTOR WITH A PERSONAL CONNECTION

Adding a first responders recovery space in Atlantic Canada makes perfect sense when you consider how many retired military members live in the region. Located on the grounds of the Ledgehill Treatment Centre campus in Nictaux, N.S., it is a home away from home, on property designated specifically for first responders. ACT is a place, and a job, that is taken very seriously by its clinical director, Juanita Fleming.

“My son is in the RCMP, so this program is very personal to me. I see what his friends, what his colleagues go through. We have lost some of his friends to suicide. To come in and be able to work with these patients who think that they have to have it all together all the time because otherwise everything is going to fall apart, that really does resonate with me,” says Fleming.

With nearly 30 years of counseling under her belt in wide variety of areas including addiction, mental health issues such as eating disorders, co-dependency, sexual compulsion, as well as Post Traumatic Stress Disorder and other trauma related operational injuries, for 15 years with EHN Canada, Fleming has worked closely with individual and families. As a front-line worker herself doing her utmost to help first responders, she is exactly where she wants to be.

On the Ledgehill grounds, ACT offers something different from the programs offered in its two other buildings: patients must be active military service members, veterans, or first responders. Every three weeks, four new patients can start the program. Like all other EHN Canada facilities across the country, ACT patients receive expert treatment, including specialized services to treat occupational stress injury, mood disorders, substance use disorders and chronic pain. With only 15 beds to fill, it is a manageable and close-knit family.

“They stay up to nine weeks if there is a substance use disorder attached,” says Fleming. “If there isn’t, then it is seven weeks.”

Plenty of evidence exists to back the EHN Canada’s intensifying focus on the country’s rank and file first responders. According to Reviving Responders, 32% of Canadian military members and first responders will be diagnosed with PTSD in their lifetimes. No surprise given 90% of them will be exposed to hundreds of potentially traumatic events in their careers, according to the Journal of Military, Veteran and Family Health.

Another national mental health service provider partnering with the EHN, Wounded Warriors Canada, shows data that 44.5% of Canadian public safety personnel test positive for a mental health condition. These conditions have been exasperated by the pandemic at the same time waiting lists for help have been lengthening.

So, the phrase “I know what you mean” means something very personal to those who wear the different uniforms of our country’s first responder ranks. Military, police officers, firefighters, paramedics – no matter what the uniform, the connection between them runs deep.

In Fleming, ACT patients will find someone who not only has a diverse education and 25 years in the treatment world, but someone who has plenty of lived experience when it comes to trauma.

She grew up during the apartheid years in South Africa, gaining a BA in Humanities from Nelson Mandela Metropolitan University in Port Elizabeth, before moving to her new country of Canada in 2000. She gained her Master’s in Counselling Psychology from City University of Seattle in 2004. In 2016 she lived in, and was evacuated from, Fort McMurray during the devastating fires that ravaged that city during the spring and summer of that year. She came to the Annapolis Valley in the winter/spring of 2022, and as of this fall, has now experienced a hurricane with her new province.

When it comes to knowing the impact of trauma, Fleming may be exactly the right clinician for the job at ACT. As well as anybody, she knows the importance of meeting the patients where they are at, and not forcing an inflexible program onto them. Fleming says the EHN has listened to the first responders at its facilities across the country and is doing what needs to be done – giving them their own places and people to heal with.

“I think when we get taught about trauma when we are in school, we get taught the book version of how to deal with trauma. Some of my trauma comes from way back when I was in my childhood, and I have had lots of traumas along the way. One thing I have learned, particularly when I was in Fort McMurray when we had the fires, but also now that we have had the hurricane, there is a book version of healing from trauma and then there is the human version of dealing with trauma. You cannot put that into books. You cannot put that into a little box and say it is going to work for everybody.”

Hence the flexibility and multiple pathways of help in programming and locations, and size of EHN facilities offered by the network.

A PARAMEDIC IN NEED OF EMPATHY

Andrew is a paramedic based in British Columbia. With 20 years in uniform, he is also an alum of the EHN Canada family. Abstinent since completing treatment at Edgewood in 2012, he sees how putting first responders with first responders in treatment is a good idea.

“I think the biggest difference that I found in treatment was other people have their own personal trauma that have led them down the self-medication pathway, which I totally understand. But their trauma was generally personal and affected them directly. For first responders, we deal with so many accumulating problems from multiple patients a day, that aren’t personal, but they end up changing you and how you view the world,” he says.

“We really do see how the ‘other half’ lives and the conditions they put their loved ones and themselves in if that makes any sense. And now and again, we get the big call. Something so traumatic that, speaking for myself, I don’t feel it’s appropriate to share at meetings or even just with friends.”

Andrew says first responders tend to keep their thoughts to themselves and that can lead to even more issues.

“I have tried to share some stories before, and I feel like people view me as trying to explain and show off my ego because of what I do, when really I’m just trying to clear my chest and the emotions behind it all. So, I don’t share those stories to anyone anymore except my trauma councillor who is a retired inspector for the Vancouver police department. He can easily relate and knows what I’m trying to say.”

“We have the privilege of working with the heroes that give us the ability to do the work that we do every single day,” says Fleming.

“If I had been able to create a place where I would want to be working at this time of my career, I could not have imagined being anywhere else than where I am now. I work with heroes everyday.”

If you or someone you know is struggling with addiction, PSTD, or other mental health disorder, please contact EHN Canada at 416-644-6345 to talk about your treatment options.