Alumni Perspective: EZ Does It 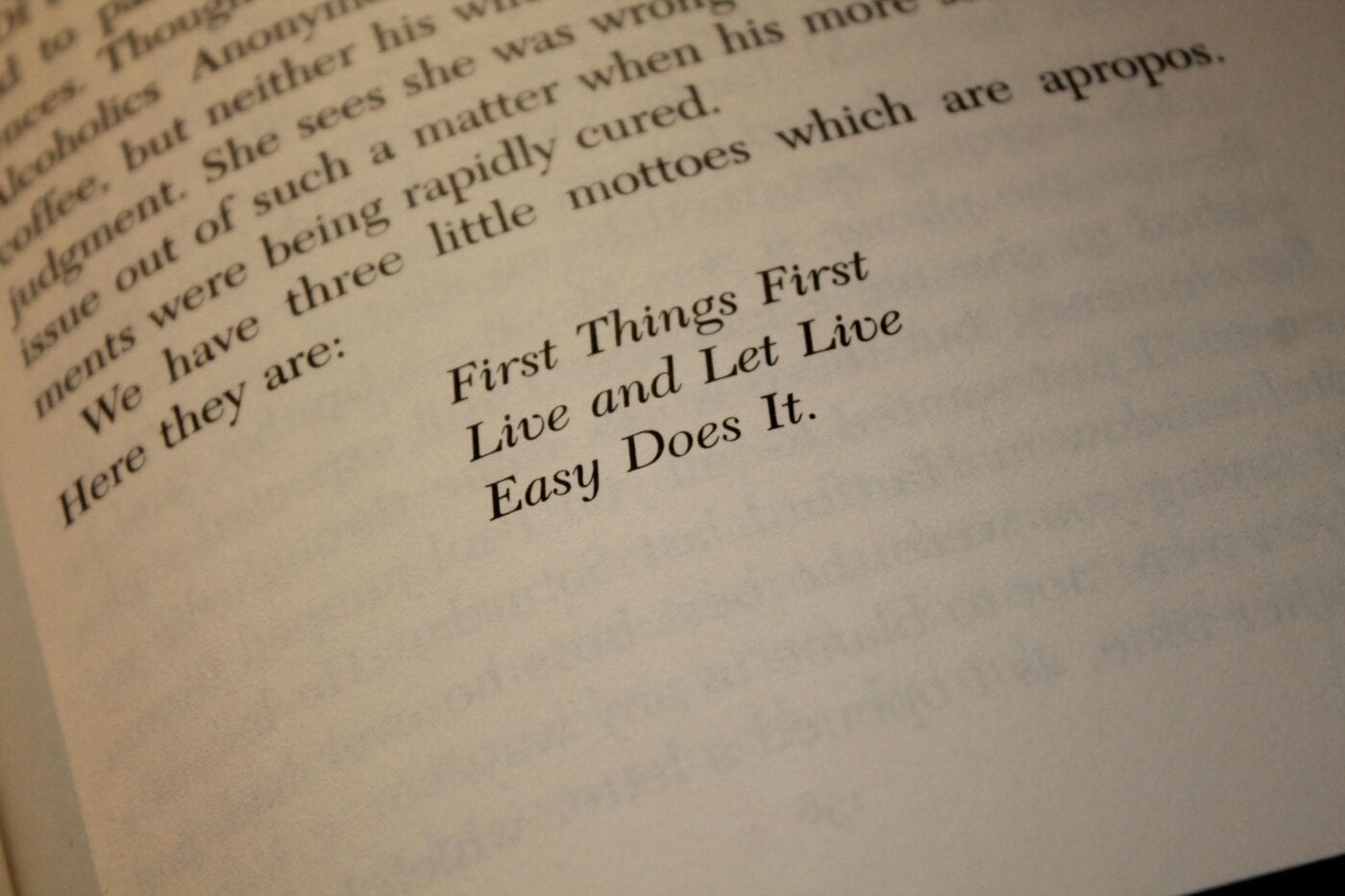 The Easy Does It slogan has always resonated with Edgewood alumni.

In fact when it comes to the motto on the bottom of page 135 of the Big Book, most who got their recovery start at 2121 Boxwood in Nanaimo wax affectionately about it.

“It’s funny,” recalled Todd G., who went spent five months at Edgewood in the inpatient and extended care programs in 2008-2009. “When I first saw Easy Does It, [I] was at my morning [A.A.] meeting when I was in extended here at Edgewood. First of all I thought … oh I just get to sit back and relax then, right? Of course there I was, always pretty tough on myself. So this was a reasoning for me to sit back and let it happen.”

It didn’t take long for the truth to set in, however.

Eight years later, as a support staffer at the treatment centre in which he got his own start, Todd passes on what he learned about the slogan to others who are trying to make sense of this recovery thing.

“Now, Easy Does It to me is like an acceptance. I look at it like I don’t have to go to extremes any more. I don’t have to have that obsession of the mind going as much. It’s more of I have to step back and say, ‘Hey, wait a sec. Take a deep breath. Accept where you are at the moment. Accept what’s happening. And kind of move forward.’ I think that’s the easiest way to look at it.”

Another Edgewood alumnus says she was told her whole life to slow down, but it was only after coming to recovery that she understood the value of gearing down.

“I needed to learn to go slow. For me, I was all in with everything. For me, Easy Does It was like –  patience,” says Ann S., an alumnus who is coming up on 12 years clean since going through Edgewood’s inpatient program.

“This idea of chill out. You don’t have to take all of this on. The freedom in that!” she recalls.

“I remember my parents coming to visit me here and me saying, ‘I don’t know what I’m going to do.’ Ahhhh. They were, like, ‘Whatever … just stay sober.’ All of a sudden I found this freedom to just be! I never slept as well as I slept at Edgewood in my life. Because it was just, like, one day.”

Still another alumni, Larry T., who arrived at the treatment centre on Christmas Eve of 2014, agrees. There is plenty of freedom to be gained in getting off the fast lane.

“At first, Easy Does It meant simply don’t rush into things. It still means that but, also, now, the body and the mind will do more if we relax and take deep breaths.”

Another man with long term recovery, Jon W. from Calgary, says Easy Does It helps with his perfectionism.

“When I came [into recovery] in 1996, to me it suggested that I didn’t have to understand everything right away, which, as a defensive neurotic perfectionist, is my natural tendency. But, 20 years later, it says to me that if I have spirituality as the focus of my life, then the logistics and details of life are not as important and not as worrisome to me. That is exactly what I believe, totally. I don’t really get too worried about things anymore.”

As for Ann, she has gone deep into the roots of her previous life and its propensity for not taking things easy at all. As an addictions counselor now, she understands the therapeutic value of the message in the slogan.

“Easy Does It? For me, it was this thing that I could never do. It was a very cognitive thing, an idea, a concept that made sense to me but I didn’t know how to do it because my body and my thoughts went so fast. It wasn’t until I started to study this modality of trauma therapy called Somatic Experiencing, which is Peter Levine’s work, that I started to really grasp Easy Does It on a holistic level. It was learning how to regulate my nervous system,” she says.

Dr. Levine is a master somatic therapist, an author and an expert in the physiological origins of trauma. Ann says, as a clinician and a woman in recovery, it was pivotal in her development to learn about how she processed inner and outer stimulation in her life.

As for sponsoring other women in recovery, leaving her counselor hat off, and just being straight up in a good old 12 Stepping way, Ann says it all comes down to self care.

“That’s it. Slow down! Easy Does It for me is about self care. So I teach them about self care because I know that if they are balancing their lives, their external responsibilities, with some self care, which none of them really know how to do, then they’re naturally going to have more space.”

“And that’s what we teach them at Edgewood right?  Where’s your mug? Sign in, sign out. Make your bed. That’s all about slowing them down. So, we don’t necessarily present it to them in a clinical way in words, but in actions.

“When I think about it, I didn’t understand Easy Does It when I was in treatment,” says Ann. “Easy Does It? Yeah, okay. Everyone’s been telling me to settle down and slow down my whole life. But I’m an addict. Not only can I not help moving fast, I WANT to move fast. I get high on it. Yeah. So things like making my bed, Daily Reflection, praying, meditating, all of those things are what tell me to do it easier. To slow down.  For me, it’s about putting in some tools. All I have to say is [that] this is about being healthier. Having balance. They get that. It’s about slowing the hell down and keeping a structure.”